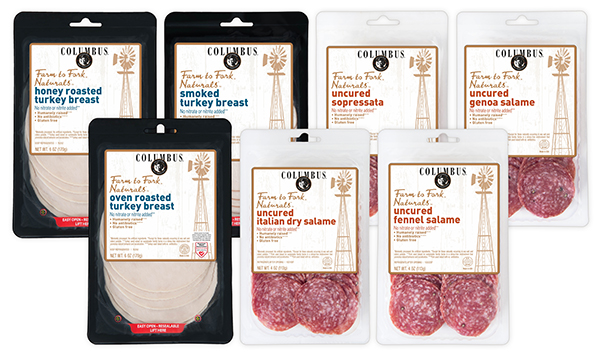 Big investments were made in the this week, with Hormel Foods striking a $850 million dollar deal to acquire craft deli meat brand, Columbus. CircleUp also announced its $125 million venture capital fund that will incorporate the proprietary machine learning platform as a tool to help guide investment in early-stage consumer and retail companies. Big beer maker Constellation Brands invested $191 million in a Canadian marijuana company – cannabis beverages maybe on the horizon in the alcohol industry. Plant-based and cultured proteins are on the rise, and the niche market appears to be driven by vegan and generation Z consumers. Campbell’s has noticed this trend and taken action by joining the Plant-Based Foods Association.

In other news, Aerofarms absorbed a $40 million investment led by IKEA and David Chang. The company’s total funding is now at $130 million. ImpactVision, the software startup that uses hyperspectral imaging to determine the quality and ripeness of produce, has closed a seed round of $1.3 million dollars to further develop its technology.

After much anticipation, HelloFresh priced its IPO on Frankfurt, raising up to $369 million. It is now worth twice as much and has grown three times as fast as its competitor, Blue Apron. The company also announced that it will launch a healthy meal kit for kids with the help of Joanna and David Parker. Blue Apron’s meal kit sales and customer spending per order increased, despite losing customers for its second quarter in a row.

Columbus currently has annual revenues of $300m and is growing at about 5% year-over-year. Its acquisition will widen Hormel’s scale in the deli category and broaden its consumer base.

The new venture capital fund will be used as a tool to help guide investment in early-stage consumer and retail companies. It will be used to make at least 18 bets on consumer brands a year.

Retired US Army General David Petraeus, ADM Capital, AllianceBernstein and Merass also joined the round, which brings the company’s funding to $130m. Some of its new investors are representative of its plan for global expansion.

The cooking kit delivery company priced its IPO at €10.25 ($11.91), which would value the company at nearly $2b. The company received backing from Rock Internet, Insight Venture Partners and Baillie Gifford.

The alcoholic beverage giant will acquire a 9.9% minority stake in Canopy Growth Corporation, a Canadian marijuana company, for $191m. Constellation can begin selling marijuana-based drinks in Canada and other nations that allow recreational marijuana use.

The software startup uses hyperspectral imaging to help food supply chain companies determine the quality and ripeness of food products. Its seed funding was led by Acre Venture Partners and will be used to develop its technology further.

In 2008, PETA offered up $1m to the first scientist who could create and bring to market cultured chicken grown from chicken cells. This laid the groundwork for the profound and lucrative shifts into the cultured meat industry.

It is the first major food company to join the PBFA, a new trade association dedicated to boosting consumption of plant-based foods. The company also recently launched a new line of plant-based milks under its Bolthouse Farms brand.

Sales increased 2.5% to $210.6m in the company’s third-quarter. Despite losing customers for the second quarter in a row, meal kit sales and customer spending per order increased.

11. HelloFresh Co-Founder Is Working on a Prepared Meal Service for Kids – TechCrunch

Yumble has partnered with Joanna and David Parker to launch its new line of healthy meals for kids. It has raised $1.5m so far and is currently offered in 26 states on the East Coast.