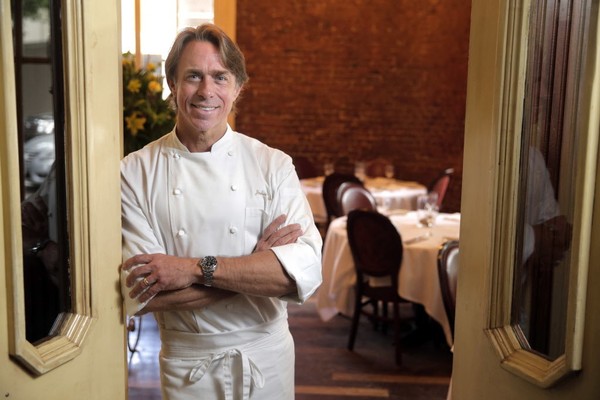 News of sexual misconduct allegations have given rise to long-seated issues in the male-dominant restaurant industry. Amongst the guilty contenders was the Besh Restaurant Group, which was accused of creating a culture that allowed harassment and assault. The increasing awareness has since prompted restaurants to reflect, react and publicly define their policies and commitments to creating a culture that’s inclusive and respectful of its workers.

In more restaurant news, ChowNow, a “shopify for restaurants,” has raised a $20 million Series B round led by Catalyst Investors. While the online restaurant space continues to show growth, automated restaurant Eatsa has regressed as it shuttered all but two of its original SF locations this week.

HelloFresh is aiming to make a bang on Frankfurt with an IPO valued at $1.8 billion – more on the results after November 2. Amazon’s drone delivery deployment seems more possible with Trump’s new executive order that is designed to speed the approval of drone flights over crowds for longer distances.

1. How the John Besh Allegations Are Prompting Restaurants to Reevaluate Their Own Policies – Food & Wine

The incident has become an opportunity for restaurants to reflect, react, and publicly define their policies on workplace harassment and their commitment to creating a culture that’s inclusive and respectful of all its workers.

Online sales will account for 9% of all US retail sales by the end of 2017, and the retail giant is poised to capture $196.75b of those sales.

Researchers found 65% of products tested positive for arsenic, 36% for lead, 58% for cadmium and 10% for acrylamide. Mainstream brands including Gerber, Enfamil, Plum Organics and Sprout were among the worst offenders.

Chinese scientists have created 12 healthy pigs with about 24% less body fat than normal pigs in hopes of providing farmers with animals that would be less expensive to raise and would suffer less in cold weather.

Trump issued an order designed to speed the approval of drone flights over crowds for longer distances. The administration says it wants to open new commercial uses for drones and create jobs.

7. ChowNow, a GrubHub Competitor, Raises $20 Million Series B Round – TechCrunch

Catalyst Investors led the investment, bringing total funding to the company which calls itself a “shopify for restaurants” to nearly $40m.

Eatsa is closing all but two of its cashierless locations. Its original SF locations will remain so the company can continue R&D and build out its retail brand.

9. Canada Bans Soylent for Not Being Real Food – Eater

The Canadian Food Inspection Agency stated the product does not meet its requirements for a meal replacement, and therefore cannot be sold in the country.