How I Launched My Food Career: Claudio Ochoa, Co-CEO of Native State Foods 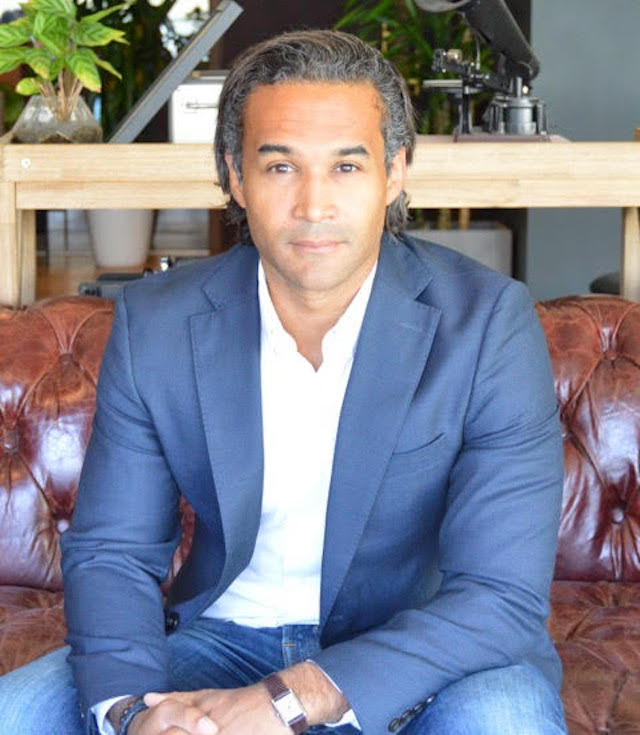 As part of our How to Start a Career in Food series, we are sharing best practices from people who have transitioned from careers in other industries to food.  There are so many career opportunities for people from all types of backgrounds and disciplines – but it can be daunting to know where to begin. Whether you’re just starting out or transitioning from another industry, our goal is to help you uncover all the possibilities that exist within food and to learn from those who have been through it.

Our first Q&A is with Claudio Ochoa, Co-CEO of Native State Foods, maker of Purely Pinole, a hot cereal made from the Aztec superfood Pinole. Ochoa started the cereal startup while working long hours at a big law firm in NYC. Today, Purely Pinole is sold in Whole Foods, Target, Sprouts, Wegmans, and other retailers across the United States. Learn all about Ochoa’s lessons learned as he transitioned from lawyer to successful food entrepreneur in our interview below.

FTC: What was your career before food?

CO: I was an attorney at a big law firm in NYC.

FTC: Why did you want to pursue a career in food?

CO: A combination of not enjoying what I was doing and an interest in doing something that could have a real impact in the world. In short, I was working late on a Sat night around 11 PM when a senior partner walked by my door. It was then that I realized that if I wanted my life to be different, I needed to do something different. Frankly, I didn’t know exactly what that would be at the time. I started a couple different business, including Native State Foods, which was initially supposed to be a side project. My first business did well, but I got most excited when I turned to the food business – putting something into the world and seeing people adopt it is a pretty special thing. To paraphrase an investor who I really respect, you should spend your life doing something that will “scrape a little layer of lameness off the world,” and I believe fixing our broken food system is a great place to start.

FTC: How did you approach your transition to the food industry? What worked and what didn’t?

CO: You have to just jump in head first. There is so much you don’t know, and even now, 3 years later, that is still true. The worst thing you can do is be paralyzed with inaction. Get something out into the universe and look for every opportunity to share it, connect with people in the industry, attend events, etc.

FTC: What resources were most helpful to you as you educated yourself about the industry?

CO: Seek out others who’ve done it, but not just the ones who sold their business for $100 million to Pepsi. Talk to those who are still struggling and those who failed – they probably have the most applicable lessons to share. It’s also worth attending a trade show like Expo West – it gives you a great perspective on how competitive the industry might be, but can also be the inspiration that you have as good a shot as anyone else. One of the coolest things about this industry is that, for the most part, people are pretty welcoming and supportive. You may be surprised how many people will be willing to help.

FTC: The food industry is massive. How did you pick a sector?

CO: Start with what you know. We launched our Purely Pinole brand because pinole was a food I grew up with. It helps you build the brand, but more importantly, it’s that personal connection to the product or its mission that’ll be the thing keeping you going when things get tough, and they will. You really need to believe in your product, and that only comes if you have a strong connection to it – for example, you’re a mom who struggled to find healthy foods your toddler likes to eat.

FTC: What were the biggest challenges you faced as you transitioned to food? How did you overcome them?

CO: People believing in me and what I was doing. There is a great book called The Narrow Road by Felix Dennis in which he basically spends 100 pages telling you how much of a sacrifice you’ll have to make to be successful, and warning that even people closest to you, like your family, will doubt your decision – not because they don’t think you’re capable, but because they think you’re taking too much of a risk, especially if you already have a good job. The kicker is that he’s probably right. I can’t claim it doesn’t still bother me to some extent, but you have to get to a place mentally where what other people think doesn’t matter. You need to believe in what you’re doing wholeheartedly.

FTC: How long did it take you to start over?

CO: It starts the day you take action to pursue your plan. Unlike your current career, there is no course that will qualify you or some prior job that is a prerequisite. For me at least, I found that the content of my resume was more or less irrelevant. The (only) thing that matters is hustle – every day will present new challenges, and ultimately do you have what it takes to keep busting through walls.

FTC: What (if anything) would you have done differently in your transition?

CO: To the extent possible, get things squared away in your personal life early. Try to save up sufficient money to give you the longest runway possible. Everything will take 3X as long as you think it will. Try to have enough in the gas tank that you can enjoy the roller coaster ride without worrying if you can pay the rent that month. Most importantly though, make sure you have a strong support network – on particular, a partner (personal or business) who is willing to walk this road with you. It’ll get lonely and hard, and it’ll help to have someone to lean on.

FTC: What skills were you able to transfer from past careers to your current one?

CO: The core of what you do in a CPG business is sales and marketing – can you persuade someone to try your product, buy it, and then ultimately adopt it as part of their routine. In that sense, the most important skills are those that help you connect with people on a personal level.

FTC: What advice would you give to someone who is considering forging a new path in food?

CO: Stop talking about your “great idea” and do it. You don’t have to launch in Whole Foods on day 1, have professional packaging, or have all your COGS worked out. All that will come in time. But, you have nothing until you’ve put something out into the world. Start small, one foot in front of the other.

FTC: What have you learned about yourself in the process?

CO: Entrepreneurship exposes your weaknesses pretty quickly. The best analogy is the difference between a team sport and an individual sport. In entrepreneurship, you’re the only one who has to stop the ball from going in the net, as well as score in the last minute. That said, it also forces you to get stronger. Admittedly, I had been pretty privileged throughout my career and never had to truly hustle. I remember the moment that changed – when I did my first demo in a grocery store, wearing a hair net, trying to get strangers to try our product.

I’ve also learned to embrace risk and uncertainty a little more, which is a pretty hard thing for an attorney. We’ve had some big wins, but there also a lot of days when you feel like you’re walking on the ledge of a burning building. Through some great mentorship, mindfulness, and meditation, I’ve learned to manage that anxiety and power through.

FTC: Is there anything else you want to share?

CO: Try to learn from others. Read as many case studies, newsletters (Editors Plug: like the Food+Tech Connect Newsletter!), and books about the food industry or entrepreneurship in general. I’d definitely recommend High Hanging Fruit by Mark Rampolla, who is the founder of Zico and one of our advisors. Also check out: Start Something That Matters by Blake Mycoskie, The Narrow Road by Felix Dennis, The 4-Hour Workweek by Timothy Ferris, and The Omnivore’s Dilemma by Michael Pollan.

Check out our lists of resources for those looking to launch a career in food here.