It’s not easy being a food innovator. There’s no road map for reinventing an industry. So, in partnership with Force Brands: FoodForce | BevForce, we cooked up the Fail Friday series to celebrate failure in all its glory.

At our seventh installment of Fail Friday on THURSDAY, December 15 at 7 PM in NYC. We’ll hear from Green Seed Group, Heritage Radio, BRAMI, Be Mixed and Metcalfe’s Food Company. Startups will share their stories of failure and lessons learned from launching, growing and pivoting their businesses, followed by audience Q&A.

There will be holiday-themed snacks from Matt’s Kimchi, Brooklyn FoodWorks, Auria’s Malaysian Kitchen, Wangs and more, festive drinks from Swig + Swallow, Woodward Extracts and REBBL, plus lots of networking. Check out more info on our food and drink partners below.

David has specialized with high-growth, private equity owned branded food companies targeting natural, health-oriented consumers. He currently holds three board seats with high growth food companies and also found and leads consulting business Green Seed Group. Green Seed provides seed capital and is a sales and marketing incubator for food start-ups. One company recently exited in a $800m plus deal, to an international strategic acquirer and another planning to exit for $400m plus in the near future.

Erin Fairbanks – Executive Director, Heritage Radio Network – In 2005, Erin left the Midwest and her post at Zingerman’s Deli to try her hand at being a line-cook in New York City. She walked into the kitchen of Savoy offering to peel carrots and didn’t leave for two years. Next, she spent time at Gramercy Tavern, initiating their in-house charcuterie program. Then following her passion for pigs she moved north where she spent a year at Flying Pigs Farm, where she directed “Farm Camp at Flying Pigs Farm”. In 2011, she launched “No Goat Left Behind,” a national project of Heritage Foods USA. After completing her graduate degree in Urban Policy Analysis at The New School for Public Engagement she joined the HeritageRadioNetwork.Org team as Executive Director in the Spring of 2012.

Aaron Gatti – Founder, BRAMI – From Bitcoin to Beans; after working as an Entrepreneur-in-Residence at Lerer Hippeau Ventures with a focus on Bitcoin blockchain startups, Aaron Gatti pivoted to the food space, founding BRAMI Snacks. The son of an Italian from Rome, Aaron grew up surrounded by the simple, quality-ingredient focused cuisine of Italy as a kid and had a stint as a sous chef at a Michelin star restaurant.

In 2014, Aaron introduced his now wife Alenna to a childhood favorite snack, lupini beans, and together they realized the potential for reinventing this ancient Mediterranean legume. BRAMI started selling in NYC in January of 2016 and is now in 5 regions of Whole Foods, ShopRite and Independents across the country.

Blankfein is a graduate of Harvard University where she received her Bachelor of Arts as well as her JD/MBA.  While still an undergrad, Ros Blankfein founded Circle of Women, a student-run 501c3 that has raised over $600,000 to build secondary schools for girls in Afghanistan, Pakistan, India, and Malawi. After college, Blankfein spent three years at Citi’s Microfinance Group, where she helped develop cross-company products and programs that she marketed as part of the bank’s social platform, including savings programs for entrepreneurs.

Prior to Ross receiving her Master of Business Administration, Ross worked on marketing and operations at Fanvision, a sports entertainment technology company, and previously served as an Analyst at Goldman Sachs in the Merchant Bank’s real estate private equity group. Ross has long been an advocate for the advancement of diabetes research and a supporter of the Juvenile Diabetes Research Foundation (JDRF). She was diagnosed with Type 1 Diabetes at the age of 6, and while still in high school, founded and organized Rock the Cure, a concert to benefit JDRF, which raised over $200,000.  Ross also serves as the secretary of Safefittings, a not-for-profit organization serving the parents of children with diabetes (since 2006). Ross holds a B.A. in Government from Dartmouth College.

Robert is also the Co-Founder of two new businesses that will launch early next year called Bou and Beaux Fresh. Beaux Fresh is a revolutionary flower subscription service that involves the delivery (direct to home or office) of fresh cut stems that will be shipped directly from our farms in Colombia. Bou is a range of delicious bouillon cubes made with 100% natural ingredients. Bou will be the only brand in the market which is 100% all natural and gluten free and contain 30% less salt than all other bouillon brands. 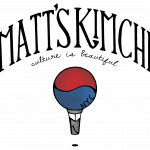 Matt’s Kimchi is a new arrival to the burgeoning category of fermented probiotic foods made by a NYC-duo committed to making good food with culture. Matt found his love for kimchi while teaching English in South Korea, and since teaming up with his fiancé Fiona in March 2015, the duo has been handcrafting vegan kimchi at Hot Bread Kitchen’s Incubator. Matt’s Kimchi can be found at grocery stores and restaurants around Manhattan and Brooklyn. They’re on a mission to show the world how versatile and delicious kimchi is in everyday cuisines.

Brooklyn FoodWorks seeks to be the premier platform to prototype, launch and grow innovative food businesses. We aim to be a catalyst for economic development through holistic support of nascent food entrepreneurs. 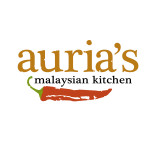 Wangs is a casual take out restaurant specializing in fried chicken, combining Southern soul food and east Asian flavor profiles to create a truly unique food experience. We use quality ingredients – from our spices to our produce, to our premium sourced organic birds from Paisano’s on Smith Street.  We use only earth friendly packaging and are committed to sustainability and our community.

REBBL makes delicious coconut-milk elixirs with super herbs to help the body to energize and respond to stress. Our beverages are all made lovingly without dairy, soy, refined sugars, or fillers. Our drinks deliver adaptogenic super herbs (like maca, reishi, ashwagandha) and other traditionally-used super herbs like matcha and turmeric.