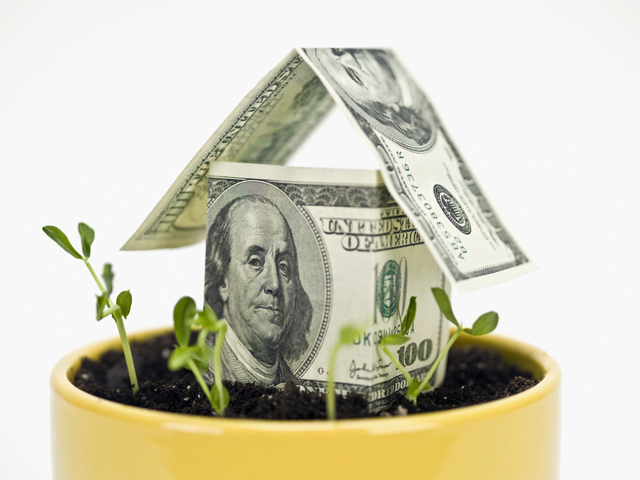 Many of you have probably heard about the pending doom of inflated food prices. You may have caught a blip or two on the television or seen a headline in the money section of the newspaper. But for many in the restaurant and food retail industry, the thought of food inflation is harder to pin down. Quite simply, it is lambasting the industry and could affect every single one of us for years to come.

U.S. food inflation has been a modest 1.6 percent over the last 12 months, one of the lowest growth rates in food and beverage Consumer Price Index (CPI) since late 2010. However, a severe drought in the Midwest last summer will likely drive up food costs this year 3-4 percent across the board, by the USDA’s estimates.  Unfortunately, heading into the last quarter of the year, we are right on track. These macro numbers, however, do not accurately reflect the prices of the real “goods” that we bring to the checkout counter every week at the grocery store or face when dining out. So, in a way, you could say the CPI report doesn’t necessarily mirror the increase in our restaurant tab or grocery bill. It also doesn’t take into account different food choices (e.g. healthy/organic vs. junk/processed food), real  farm prices, or demographics of our country. In short, inflationary expectations may well be set to rise dramatically in 2013/2014. In fact “grocery cart inflation” was upwards of 1.3 percent last month, almost double the 0.7 percent overall CPI.

How does food inflation affect consumers and the industry?

Simply put, consumers and businesses are now paying more for inflated food prices. As of September 2013, America’s food inflation rate was at 6.1 percent. The same $100 you spent dining out in 1993 will roughly cost you about $161.95 today, based on the CPI Index.  The federal reserve continues to assert that inflation is in check, but its measure of inflation simply does not take into account food prices that have been continually rising disproportionately to the rest of the economy. For this reason, it is much more important to focus on individual food prices. Most of the major commodities have been rising over the past several years. Corn, soybean, wheat, milk, coffee and cocoa prices have risen considerably.

One of the biggest jumps over the past 15 years was from 2006 – 2007 where most of the commodities all saw huge price changes. According to the United States Department of Agriculture this was due to the the rising prices of commodities like corn and soy. Other factors, such as weather events that impacted output and storage levels,  the increased production of corn-based ethanol, as well as increased exports to South America, Africa and Southeast Asia, were also the blame for the price increases.

Inflation is misleading because it makes direct price comparisons from one year to another meaningless. It makes some of today’s products seem expensive when they are actually cheaper, and vice-versa. So what does all this have to do with your restaurant or food business? Misleading and blurry comparisons of prices can lead, not only to a healthy dose of nostalgia, but faulty and bad business decisions, as well. You need to be aware that the true increase in costs after inflation is a necessary part of good financial management of your restaurant.

The rate of inflation can vary greatly from one year to the next. However, regardless of the variations, inflation continues its work relentlessly year after year.  And, of course, each year’s increase compounds on top of the previous year’s. That’s why it’s so important for you to understand that when you fail to adjust your prices to reflect trends in inflation and food costs, you have effectively lowered them.

You need to ask yourself a couple questions as a business owner. 1. Are your prices keeping pace with inflation? 2. Are you maintaining your markup over the increased costs that you’re paying to suppliers? If not, the short term effects may not be increasingly noticeable, but over the longer term, the consequences will be unavoidable. Your margins and profits will be eroded and the overall well being of your business will enter into a destructive decline. Taking price (what does this mean?) can be a risky business in a volatile economic climate, but failing to keep pace with inflationary pressures poses an even greater threat to your food company. So if you fail to adjust your prices to at least mirror inflation, you are effectively losing money out the backend.

The real question we need to ask ourselves is: is food a commodity or is a commodity food? Is food a natural right for our citizens and populous or is it an item that can be vetted and controlled through commodity markets? As of right now, it’s leaning towards the latter. Coupled this conundrum with higher energy costs that also impact the price of food, and it’s a handicap wrestling match. The food manufactures and distributors will continue to pass on the higher costs to consumers.  These costs ultimately translate into the inflated prices that you are now seeing at your local grocery store and coming through the back door of your restaurant from your supplier.

The Economist’s cheeky Big Mac index offers a simplistic ways to understand the actual price index of food. McDonalds hamburgers are available in multiple countries and their prices reflect the cost of food, fuel, commercial real estate, and basic labor, making it the easiest measure of costs.  The price of a Big Mac, therefore, can be used to compare the economies of different countries – or serve as a bellwether of inflation in a particular country. Since the last recession ended, the cost of a Big Mac in the U.S. has risen from an average of $3.57 to $4.37, or 5.2 percent a year. Consumers and small businesses are the ones who suffer when the food industry, which is driven by commodity intensive dynamics, buys into speculation.

About the Author
http://www.chopbiscuit.com
Danny Carberry is an experienced Industry professional in new retail innovation strategy, concept & product on-boarding, competitive strategy analysis and creative applications. He currently serves as Director of Concept for Panera Bread, LLC. In this role he leads new product development projects – from concept creation through commercialization. He is also responsible for directing the guest experience in Panera's bakery-cafes. He joined Panera Bread in 2003 as a store operator and soon thereafter transitioned to Panera’s R&D team as a Concept Manager. Carberry helped facilitate the development of numerous company initiatives, including the acquisition of Paradise Bakery in 2008. He was a winner of the prestigious Motherbread Award in 2012, which is the top honor given to a Panera employee. Prior to Panera bread, Carberry owned and operated an American Bistro concept in Upstate New York and was a professional stand-up comic and comedic writer. Carberry graduated from East Carolina with a Bachelor of Science in Hospitality Leadership and currently resides in Saratoga Springs, NY with his wife Katie and son Jack. Connect with him on Twitter and Linkedin.
Previous Next
Big Mac Index, business of restaurants, commodities, commodity intensive dynamics, cost of food, Danny Carberry, food inflation, food inustry, food prices, Panera Bread, restaurant industry, restaurant operations, restaurant startup tips, restaurant success, USDA