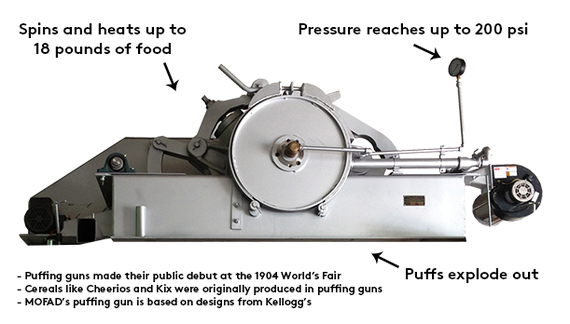 Ever wonder how Rice Crispies or Cheerios are made? This August in New York City, thanks to The Museum of Food And Drink (MOFAD) and their generous Kickstarter supporters, you’ll be able to see first-hand how cereal gets shot out of a puffing gun, as well as the science, history and culture behind it.

BOOM! The Puffing Gun and the Rise of Breakfast Cereal is MOFAD’s first exhibit and its first step in building a museum dedicated to teaching the public “about the culture, history, science, production, and commerce of food and drink through exhibits and programs that emphasize sensory engagement,” according to its website. Founded by food scientist Dave Arnold, with advisory support from culinary luminaries like Mario Batali, Dave Chang and Harold McGee, the museum hopes to help the public understand foods role in culture. For now, the museum consists of mobile pop-up exhibits, but in the future the team will build a brick-and-mortar home.

The time couldn’t be more right for this kind of endeavor, as there has never been more interest in food. “On the one hand, you’ve got this pop interest in food which is at a fever pitch,” says Peter Kim, executive directors of the Museum in an interview with Eater. He continues,”On the other hand, there is an increasing focus at the academic and policy levels on issues like obesity, greenhouse gas emissions, and the food system’s impact on economies on both the local and global scale. But for a lot of people, there’s still a disconnect between their food choices and the deeper meaning and consequences of those choices. MOFAD will help bridge this gap.”

Unlike mummies and early Renaissance paintings, foods affects everyone, every day. More than just fuel for our bodies, it combines culture, history, science, economics, policy, health and design. How has someone not thought of a museum devoted to the magnitude of food sooner?

While the Kickstarter campaign has ended, you can still support the project here. 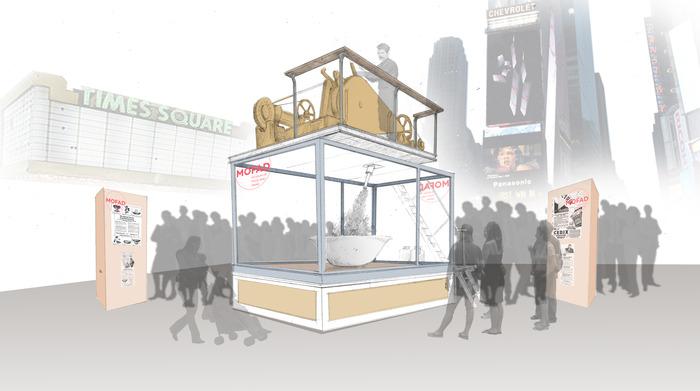 A rendering of the exhibit at one potential location: Times Square. Courtesy of Cycle Architecture and Via Kickstarter.

About the Author
Danielle Gould is the founder of Food+Tech Connect. Connect with her on Twitter, Google+, or Linkedin.
Previous Next
Dave Arnold, food museum, food tech, how cereal is made, kickstarter, MOFAD, Museum of Food and Drink, new york city