Over the weekend the Farm Bill Hackathon brought together (in person and virtually) 120 designers, data scientists, developers, marketing professionals, food policy experts, and USDA employees, to “hack” one of the most important pieces of legislation in the U.S. – the Farm Bill. Over the course of 12 hours, 5 graphics and 4 tools were produced, addressing issues as diverse as support to new farmers, the effect of subsidies on global hunger and how to crowdsource Meatless Mondays.

Four winners emerged from the day with graphics and apps that can now be used to teach about the Farm Bill and related concerns. Final versions will be released over the next few days on Food+Tech Connect.  Several other interesting projects were also created and will be profiled on Food+Tech Connect tomorrow.

The first place prize went to “FARM BILL of Health” a series of clean, simple visualizations about the difference in support for fruit and vegetable crops versus commodities in the bill.  Designed by Jamie Leo, Henry Lau, Illya Bomash, Peter Krohmer and Trey Shelton, the presentation compares “My Plate” recommendations with government support to farms. 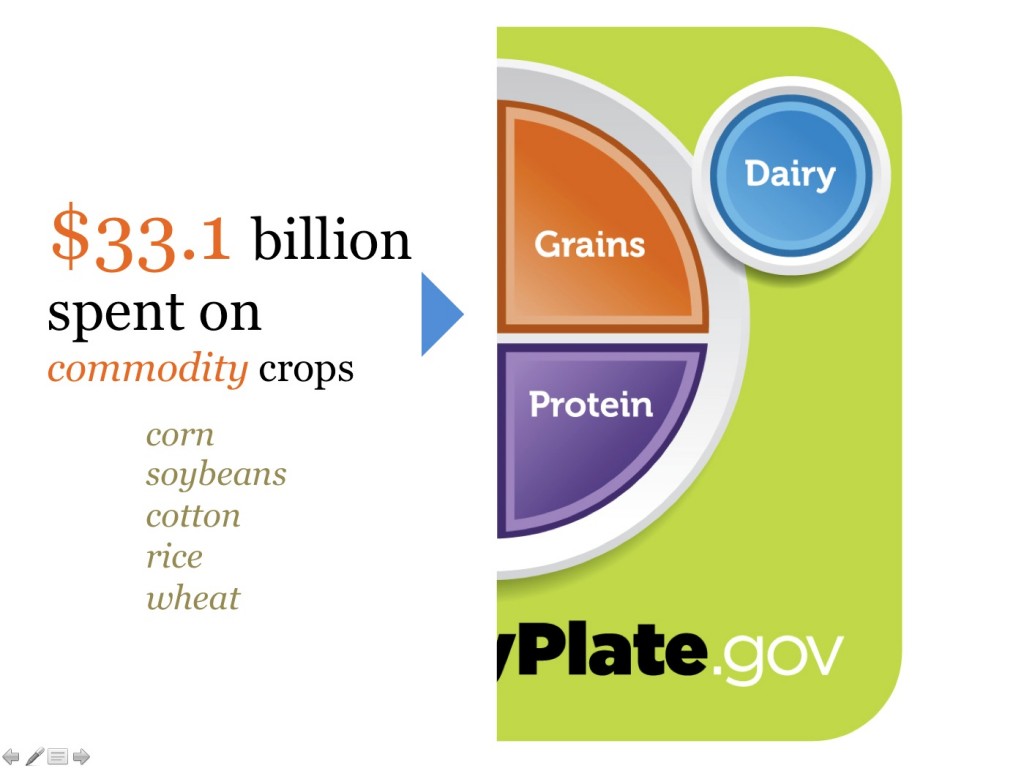 A Slide from “A Clean Farm Bill of Health”

Second prize was taken by “meatlessly.com” a tool to promote Meatless Mondays by allowing people to find, share and submit recipes, places and feedback about their participation. Designed by Joe Merante, Niles Brooks, Jill Peterson, and Ginny Hung the site currently displays Meatlessly.com users’ tweets about Meatless Monday and related health and policy goals. The team intends to continue working on the project. Learn more about their future plans here. 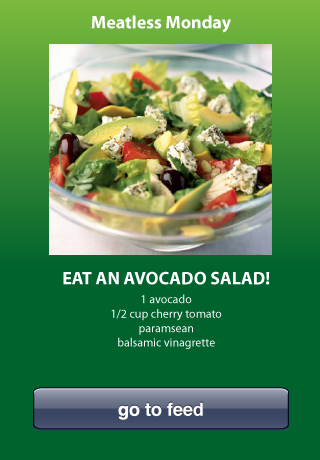 Third prize was awarded to a work in progress looking at the international implications of the Farm Bill and the idea that crop subsidies in the U.S. drive further hunger and poverty in foreign nations. Created by Ashok Parameswaran, Sanjib Kalita, Thomas Levine, Sri Rega Velagupudi, Irena Romendik and Sarah Kalloch of Oxfam America, a demo of the project can be found here

Margie Roswell and Daniel Simon took fourth prize for their ongoing work mapping the Congressional Districts of the Agricultural Committee members. Integrating data from multiple sources, the maps will allow users to see who is on the committees, where they are from, their website and contact information and other pertinent information like who is supporting them financially and what is grown in their region. 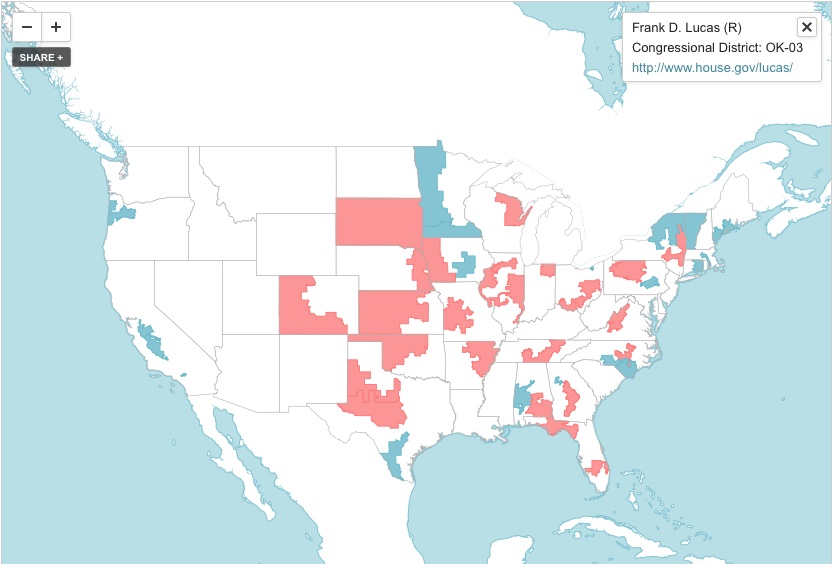 Additionally, seven speakers graced the day with their expertise on topics as diverse as SNAP (food stamps) in the Farm Bill, linked data, and “what makes a good visualization.” Links to all the presentations will be available at Food+Tech Connect this week.

About the Author
Beth Hoffman has reported on food and agriculture for ten years, airing on NPR, The World, Latino USA, Living on Earth, KUER and KALW , and studied the food system in depth as a fellow and co-lecturer in the Africa Reporting Project at UC Berkeley’s School of Journalism. Hoffman competed a year long documentary project cooking with immigrant women in their homes, has traveled to India, Uganda and Ethiopia to report on rice production and chicken farming, and did a multipart series for KUER on the artistic, cultural and environmental connections we have to food. In addition to spending many hours on-farm in Utah, California and abroad, Hoffman also married into an Iowa farm family and is currently working with her husband to slowly convert the land into a sustainable orchard and hog farm. She currently lives in Albany, California. Hoffman’s previous work can be found on her website at bethaudio.com.
Previous Next
Ashok Parameswaran, beginning farmers, Daniel Simon, Farm Bill Hackathon, FARM BILL of Health, food hackathon, food infographic, food tech, food tech hackathon, fruits and vegetables vs commodity crops, Ginny Hung, Illya Bomash, infographic, Irena Romendik, jamie leo, Jill Peterson, Joe Merante, Margie Roswell, Meatless Monday, niles brooks, oxfam america, Peter Krohmer, random hacks of kindness, Sanjib Kalita, Sarah Kalloch of Oxfam America, Sri Rega Velagupudi, Thomas Levine, Trey Shelton