What the Farm Bill is Going On? A Simple Timeline of Events 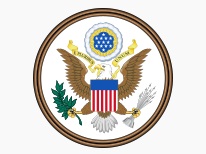 With all this talk of behind-closed-door negotiations and “Super Committees,” no wonder many us are completely baffled as to what is going on with the Farm Bill.

Food+Tech Connect has created a simple timeline (with lots of links) below to illustrate the State of the Farm Bill, and to explain that, in the end, the outcome of all this Congressional wrangling is far from the final word on the bill. Just because the “Super Committee” has the ability to cut $1.2 trillion from the U.S. budget – including at least $23 billion from agricultural programs – doesn’t mean it will actually be successful in doing so.

Holding hackathons and creating engaging visuals, therefore, is more important than ever to convey to the public what the Farm Bill is and how it is related to our lives.  To get involved in the upcoming Farm Bill Hackathon with Food+Tech Connect on Dec 3, 2011 in NYC, register here.

So let’s break it down…

August 2, 2011: In order to avoid default, the approved Budget Control Act of 2011 states that the  Joint Select Committee on Deficit Reduction or  “Super Committee” will find $1.2 trillion in possible government spending cuts.  If the Super Committee misses its deadline, “sequestration” kicks in, cutting $1.5 trillion across the board, 50% of which will come from defense spending.  Agriculture, health care and transportation will be part of these cuts.

Oct 17, 2011: House and Senate Agriculture Committee leaders send a letter to the Super Committee saying they will pinpoint $23 billion in cuts within the committees’ jurisdiction.  These cuts will come from programs in Farm Bill spending.

Nov 1, 2011: The Ag Committee misses the date promised for recommendations to the Super Committee.

Novo 18, 2011: The Agricultural Committee makes cut recommendations to the Super Committee.  They include Title I (commodity payment) cuts for those making more than $950,000 a year, the end of Direct Payments, and $60 million for a seed storage program in the Arctic.  The Environmental Working Group says the cuts include $4 billion  over the next 10 years to SNAP (commonly referred to as Food Stamps).

Nov 21, 2011: The Super Committee announces its failure to recommend cuts.

Nov 23, 2011: The date the Super Committee was supposed to make recommendations to the Congress (although the “drop dead” date for these recommendations is really Dec 2, 2011).   Ag Committee’s recommendations would have been assessed by Budget Office to evaluate the cuts and confirm the savings when submitted as part of the whole reductions package.

Dec 23, 2011: The Super Committee recommendations (if they materialize as a package) would have been voted on by the Congress with no discussion or amendments.  Now that there are no recommendations, it remains to be seen what will happen.

Jan. 15, 2012: Since the Super Committee failed, this date triggers sequestration (although Congress is likely to rewrite the rule to avoid the cuts).  Automatic cuts to agricultural spending will  be made, beginning January 2013.  This would mean a new Farm Bill will be written in 2012, as it was supposed to be, but with the forced cuts determined by sequestration.

To sum it all up then, there will likely be cuts to the Farm Bill.  But perhaps more importantly, what is included and not included in the bill will still be up for some debate in the near future.

About the Author
Beth Hoffman has reported on food and agriculture for ten years, airing on NPR, The World, Latino USA, Living on Earth, KUER and KALW , and studied the food system in depth as a fellow and co-lecturer in the Africa Reporting Project at UC Berkeley’s School of Journalism. Hoffman competed a year long documentary project cooking with immigrant women in their homes, has traveled to India, Uganda and Ethiopia to report on rice production and chicken farming, and did a multipart series for KUER on the artistic, cultural and environmental connections we have to food. In addition to spending many hours on-farm in Utah, California and abroad, Hoffman also married into an Iowa farm family and is currently working with her husband to slowly convert the land into a sustainable orchard and hog farm. She currently lives in Albany, California. Hoffman’s previous work can be found on her website at bethaudio.com.
Previous Next
Agriculture Committee, Budget Control Act of 2011, Conservation and Energy Act of 2008, farm bill, Farm Bill Hackathon, Farm Bill timeline, food, Food Act, Food conservation and Energy Act. policy, infographics, Joint Select Committee on Deficit Reduction, sequestration, Super committee, timeline, U.S. government, USDA, visualizations