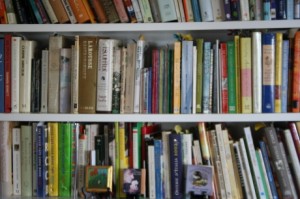 The USDA’s National Agricultural Library (NAL) announced that its Agricultural Thesaurus is now available as Linked Open Data, making possible connections with data from other agricultural databases. The ability to easily connect information from multiple sources could be a major step towards improving agricultural research, allowing for greater opportunities to understand interconnections.

The thesaurus and glossary are online agricultural vocabulary tools listing over 80,000 terms updated yearly. By “semantically linking” the data, information can be searched throughout member databases of the Agricultural Information and Documentation Service of the Americas such as the USDA and the Mexican Network of Agricultural Libraries.  An international network of agricultural libraries also exists worldwide through the Food and Agriculture Organization.

A commitment toward an Open Government Initiative began with President Obama’s administration, and resulted in Data.gov. As part of the initiative, government data, like information collected by the Department of Agriculture, will become increasingly open to public scrutiny. Additionally, tools to “increase the ability of the public to easily find, download, and use datasets that are generated and held by the Federal Government” are being created. The linking of terminology within the NALT is part of that initiative.

A search for the term “meal” for example, turns up a list of 8 related terms, searchable immediately by clicking on the provided links to google scholar, and AGRICOLA books and articles. By integrating a single word with all its related terms, a search for an idea then becomes not just a “key word,” but a concept in context.

About the Author
Beth Hoffman has reported on food and agriculture for ten years, airing on NPR, The World, Latino USA, Living on Earth, KUER and KALW , and studied the food system in depth as a fellow and co-lecturer in the Africa Reporting Project at UC Berkeley’s School of Journalism. Hoffman competed a year long documentary project cooking with immigrant women in their homes, has traveled to India, Uganda and Ethiopia to report on rice production and chicken farming, and did a multipart series for KUER on the artistic, cultural and environmental connections we have to food. In addition to spending many hours on-farm in Utah, California and abroad, Hoffman also married into an Iowa farm family and is currently working with her husband to slowly convert the land into a sustainable orchard and hog farm. She currently lives in Albany, California. Hoffman’s previous work can be found on her website at bethaudio.com.
Previous Next
Agricultural Information and Documentation Service of the Americas, Agricultural Network Information Center (AgNIC), Agricultural Thesaurus, AGROVOC, Food Safety Research Information Office (FSRIO), linked data, Linked Open Data, Mexican Network of Agricultural Libraries, NALT, open data, Open Government Initiative, USDA, USDA ARS National Agricultural Library