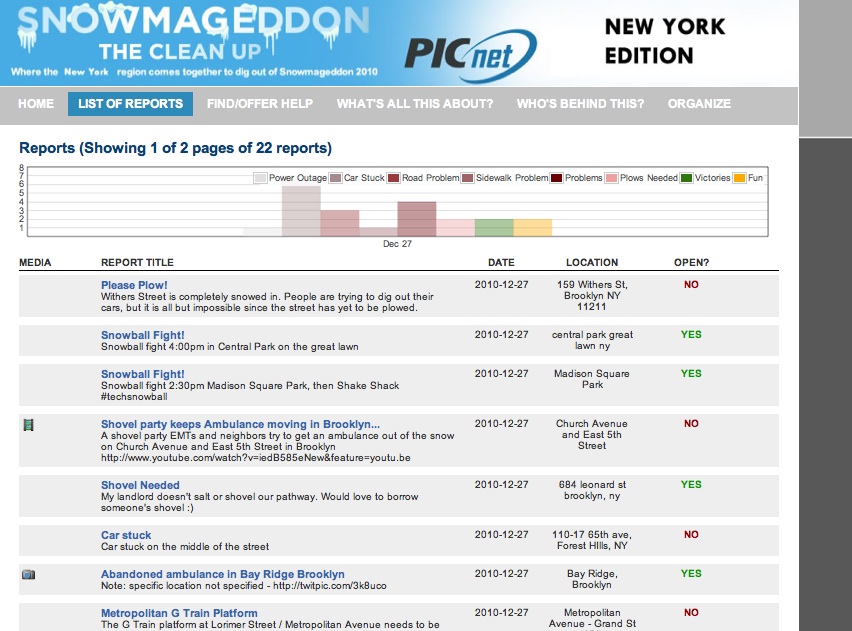 Waiting for your street to be plowed? In need of a shovel or snow blower? Car stuck in the snow? Abandoned your car in the middle of the street? Subway platform snowed in? 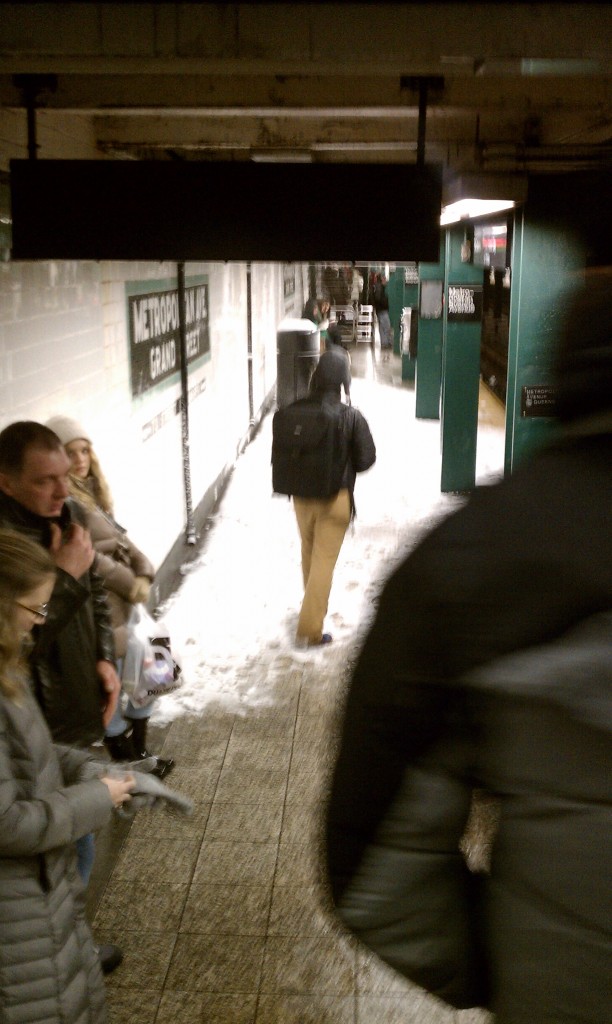 You could wait (patiently) for the city to dig you out, or you could report your problem http://nyc.snowmageddoncleanup.com (NYC) or http://boston.snowmageddoncleanup.com (Boston). Snowmageddon Cleanup is a site designed to speed up the clean-up efforts and make it easier for us to help our communities. People can add problems, offer solutions, or just search for reports in their neighborhood. There is even a fun section, which lists snowball fights, sledding spots, and photos.

Who’s behind this incredibly useful platform?

We all owe a big thanks to Ryan Ozimek, and his team at PICnet and Non-Profit Soapbox, as well as Patrick Meier of Ushahidi, for bringing this tool to the New York region. Originally launched on February 15 in response to the Washington DC area blizzard that shut down the city, the teams have brought the site back especially for NYC and Boston residents.

PICnet and Ushahidi are looking to partner with media groups in NYC to disseminate information on this live mapping service. Not in the NYC or Boston area? Contact Ryan Ozimek and Patrick Meier at http://scr.im/ryanoz and they’ll set up a Snowmageddon Clean-Up map for your city.

In February 2010, PICnet partnered with the Washington Post to launch an Ushahidi platform for the Washington DC area in response to the massive snow storm. The project was called Snowmageddon and provided residents with a way to speed up the clean-up efforts and help each other out. PICnet has now partnered with Ushahidi to repeat this successful project for the NYC area and Boston area.

The Ushahidi platform is a free and open source mapping tool that faciliate crowdsourcing and live mapping. The tool has been used to map the impact of the Gulf oil spill and the earthquake in Haiti earlier this year. Ushahidi means “witness” in Swahili and was developed by the Ushahidi Group to map the post-election violence in Kenya in 2008.

About the Author
Danielle Gould is the founder of Food+Tech Connect. Connect with her on Twitter, Google+, or Linkedin.
Previous Next
foodtech, Mapping, NYC, snowmageddon christmas 2010, ushahidi