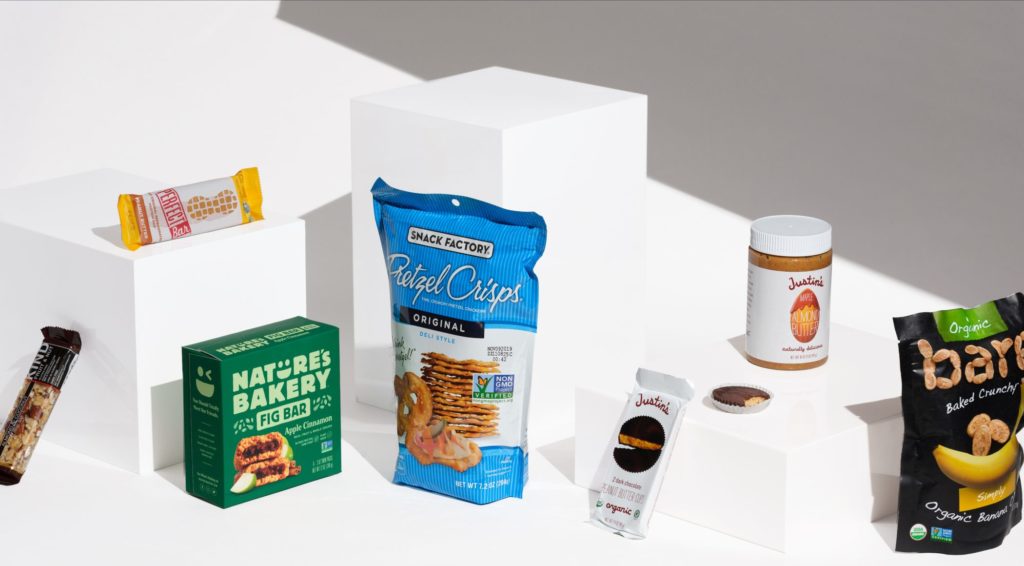 VMG Partners has closed an $850 million fund to provide early-stage funding and support to burgeoning F&B brands. Deliveroo is planning a London stock market listing that could value it at a whopping $7 billion. Berlin-based urban farming startup Infarm has raised $100 million to grow its team and expand into new crops. Slovenia-based Juicy Marbles has debut the world’s first marbled filet mignon made entirely of plants.

Last but not least, a new report reveals that 931 million tons of food went to waste in 2019, with more than half coming from individual households.

The private equity firm has bet on a number of startups that grew into major brands, including Kind, Bare Snacks, Daily Harvest and Pirate Brands.

2. In One Year a Billion Tons of Food Got Wasted—Mostly at Home – Bloomberg

Some 931m tons of food went to waste in 2019. Individual households were responsible for more than half of that, with the rest coming from retailers and the food service industry.

Deliveroo plans a London stock market listing that could value the firm at around $7b and mark the biggest new share issue in Britain in three years.

4. UNFI Branches Out into Bitcoin and a Local Marketplace – Grocery Dive

UNFI has launched a bitcoin partnership with Coid Coin that places kiosks inside 4k grocery stores where shoppers can buy, sell and trade digital currency with cash.

Funding will go towards strengthening its presence in existing markets, hiring more people and venturing into new crops including mushrooms, tomatoes and chillies. Financing came from existing investors on top of the $170m raised in September.

The Independent Restaurant Coalition, formed during the pandemic, pushed Congress hard for the $28.6b revitalization fund.

8. Covid-19 Stimulus Bill to Provide $4B Debt in Relief for Black Farmers, Other Farmers of Color – The Counter

The legislation would forgive loans held by producers who have been racially discriminated against by the federal government, a long-sought win for civil rights advocates.

9. Oatly Chooses UK to Open One of the Biggest Plant-Based Dairy Factories in the World in 2023 – Green Queen

The facility is expected to be able to churn out 300m liters of oat milk annually, and will be powered by 100% renewable energy.

10. Who Knew High-Tech Farming of High-Priced Japanese Strawberries Could Be Worth $50M to Investors? – TechCrunch

Funding came from SPARX’s Mirai Fund, Sony Innovation Fund and others. Oishii will use the capital to expand production to reach more domestic and international markets as well as expand into other cultivars.

11. Investors Get a Rise Out of Walmart’s Agreement to Stock More Beyond Meat – TechCrunch

Beyond Meat shares soared today on the heels of an announcement that 900 Walmart stores will now be stocking its products.

This International Women’s Day, Food Tank is celebrating 25 inspiring women working to close the gender gap in the food system.

Founders, leaders and innovators in the food tech space working on everything from cell-based meats to media outlets, microalgae drinks to upcycled beverages, functional foods to foodtech funding and more.

14. Cultivated Meat Can Cause Up to 93% Less Global Warming – New Food Magazine

New studies show that cell-cultured meat may cause up to 92% less global warming, 93% less air polution and use up to 95% less land and 78% less water compared to conventional beef.

The study comes as Texas, Mississippi and Massachusetts reopen dine-in service at 100% capacity. The NRA called it “an ill-informed attack on the industry hardest-hit by the pandemic.”

Funding will go towards strengthening its presence in existing markets, hiring more people and venturing into new crops including mushrooms, tomatoes and chillies. Financing came from existing investors on top of the $170m raised in September.