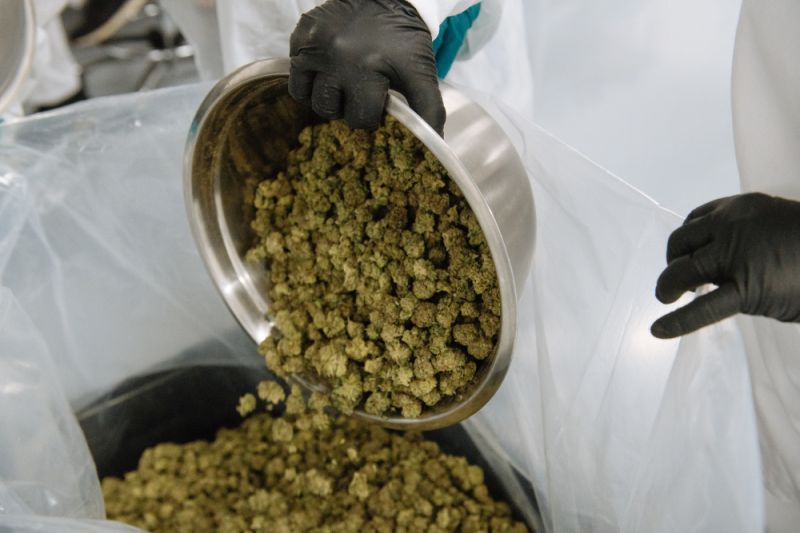 Canadian-based Canopy Growth has acquired New York-based Acreage Holdings for $3.4 billion in a bet on U.S. cannabis legalization. The cross-border deal may usher in a wave of consolidation in the burgeoning industry.

The rise of alternative proteins is taking its toll on the dairy industry. The Dairy Farmers of America found that milk sales fell by $1.1 billion last year due to consumers’ increased interest in plant-based substitutes. A reflection of the impact it has made on dairy farmers can be seen and felt in a viral video made by a farmer in Minnesota last week.

In restaurant news, Dig Inn has raised $15 million from Danny Meyer’s Enlightened Hospitality Investments to open up its first full-service restaurant in West Village. Carl’s Jr. is testing a CBD-infused burger at one of its Denver locations on April 20, making it the first national fast food chain to add CBD to its menu.

1. Canopy Buys Acreage for $3.4B in Bet on US Market – Bloomberg

The world’s largest pot firm is banking on American legalization. It has purchased Acreage Holdings in a cross-border deal that may usher in a wave of consolidation in the burgeoning industry.

The former USDA deputy secretary and COO argues that rather than creating new standards and labels, which often just confuse consumers, there are already built-in mechanisms to push organic standards to better support things like biodiversity and soil health.

Carl’s Jr. will test a CBD-infused burger at one of its Denver locations on April 20, making it the first national fast food chain to add CBD to its menu. The burger will sell for $4.20.

5. The First Cell-Cultured Meat Will Cost About $50 – Quartz

Join us on Tuesday, April 30, 2019 in New York City to hear from Founders and CEOs that are creating sustainable alternatives to protein at our April Food+Tech Meetup, Alternative Protein. We’ll be joined by Courtney Boyd Meyers of AKUA, Gavin McIntyre of Ecovative and Brian Rudolph of Banza.

Enlightened Hospitality Investments is backing expansion efforts for the fast casual chain to the tune of $15m, some of which will go toward opening a full-service restaurant in the West Village. Funds will also be used to open more fast casual locations in NYC, Boston and Philadelphia as well as expand its culinary training program.

Dairy farming is collapsing a way of life around the country. The median income at a dairy farm in Minnesota dropped by nearly two-thirds last year, from $43k to less than $15k. And one out of 10 Minnesota dairy farmers ceased operations.

Cornerstone investors are Vaestfonden and De Hoge Dennen Capital. Access to capital and market are two focuses of the program.

Beyond Meat is partnering with California-based Trifecta organic meal delivery service to bring its plant-based products to its fully cooked meals and à la carte items delivered to consumers nationwide.

The plant-based scrambled egg alternative is rolling out to Silver Diner locations in Maryland, Virginia and New Jersey, and all 34 Bareburger locations in the US.

Campbell will have divested its entire fresh division on completion of the deal. The sale was made to Butterfly Equity.

Danone is exploring a sale of California organic produce distributor Earthbound Farm amid interest from private equity and corporate buyers. The deal could fetch $500m.