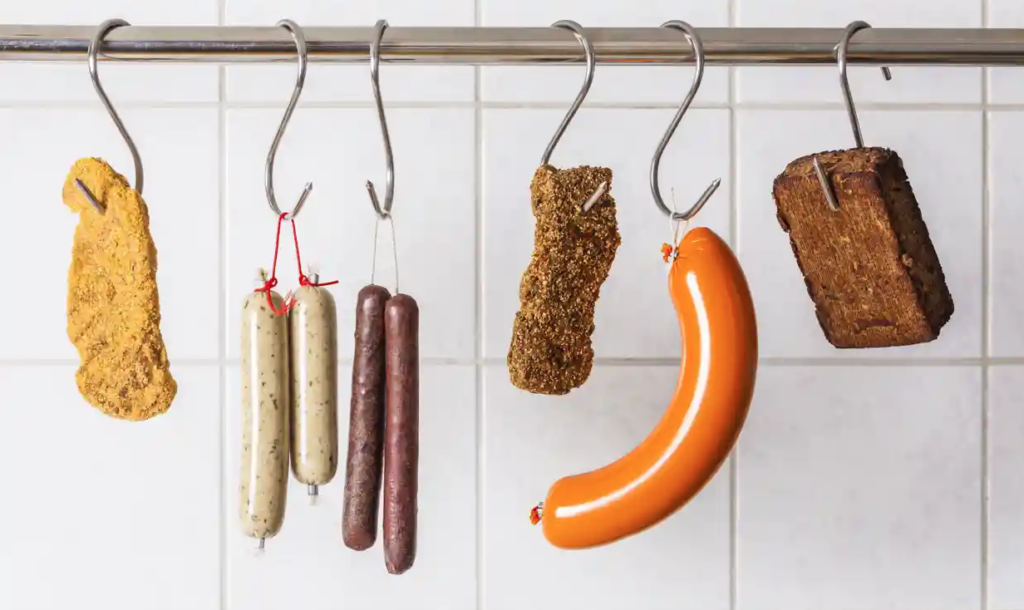 The European parliament has proposed a new rule that would ban the use of burger, steak and sausage to refer to plant-based products–instead, being replaced by “veggie discs”. In other plant-based news, Canadian meat producer Maple Leaf Foods is constructing a $310 million processing plant devoted to vegan meat alternatives. The Hong Kong Disneyland Hotel now serves Beyond Burger, Beyond Sausage and Right Treat’s Omnipork.

In retail news, Albertsons-owned Plated has laid of 10% of its corporate staff. A study has found that grocery M&A increased 73% last year. Amazon Go stores will now start accepting cash payments, amid intensifying criticism that the company is discriminating against the unbanked.

And finally, Ripe.io has partnered with FlavorWiki to establish a Blockchain of Taste for producers, retailers and consumers to taste products at different stages of the supply chain.

Plated has laid off about 10% of its New York City staff as it reorganizes its corporate office to cut costs. The job cuts impacted roughly 25 workers.

Join us on Tuesday, April 30, 2019 in New York City to hear from Founders and CEOs that are creating sustainable alternatives to protein at our April Food+Tech Meetup, Alternative Protein. We’ll be joined by Courtney Boyd Meyers of AKUA, Gavin McIntyre of Ecovative and Brian Rudolph of Banza.

Amazon Go stores will start accepting cash, amid intensifying criticism that the company is discriminating against the unbanked.

The Hong Kong Disneyland Hotel has new vegan dishes on the menu. It now serves the vegan Beyond Burger and Beyond Sausage as well as Right Treat’s Omnipork.

Kernza is a type of wheatgrass that has vast environmental benefits over wheat. Now Cascadian Farm and Patagonia are starting to create a market for it.

The new round was led by Threshold Ventures, with participation from Bullpen Capital, Haystack, Female Founders Fund and restauranteur Will Guidara. The funding will allow the company to start working with larger restaurant chains and build more features.

New York, five other states and the District of Columbia have sued the Agriculture Department over illegally issuing rules that weakened Obama-era standards for school meals.

12. A Decade of Pesticides, GMOs, and Alternatives to Chemical-Intensive Farming – Civil Eats

Four experts discuss how the last 10 years have seen an increase in pesticides—and crops bred to resist them—even as consumer concerns have mounted.