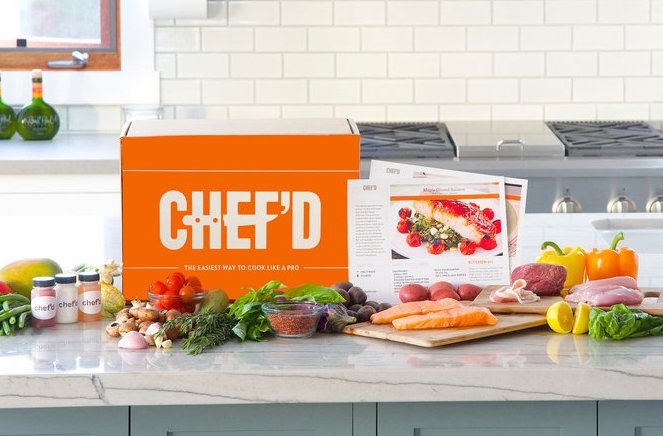 Meal kit company Chef’d officially shut down on Monday evening, laying off more than 350 employees. Despite the news, shares of Blue Apron have more than doubled since hitting a record low in April.

The debate over lab-grown meat is heating up again, this time between the USDA and the FDA. Meanwhile, Mosa Meat has raised $8.8 million with plans to launch in restaurants by the end of 2018.

1. Meal Kit Company Chef’d Suddenly Shut Down and Laid Off Its Hundreds of Employees – Business Insider

The company’s more than 350 workers have been laid off. News of the shut down came as a surprise after a series of major announcements and recent raise of $35m in 2017.

2. US Food Regulators Are Fighting Over Who Gets to Oversee Cell-Cultured Meat – Quartz

There’s a turf war unfolding between the USDA and the FDA.

McDonalds has stopped serving salads at 3,000 restaurants in 14 states following reports linking the dishes to an outbreak of intestinal parasites.

Sensient Technologies has acquired Mazza Innovation Limited, a botanical extraction technology firm based in Vancouver, Canada, strengthening its “seed to shelf” business strategy to innovate across the value chain for natural and organic ingredients.

Private brand performance across retail dramatically increased last year, posting sales of $138 billion in the US. Grocers took in $68b, a .1% decline compared to the prior year.

7. Blue Apron Makes a Comeback But the Street Isn’t Ready to Eat – Bloomberg

Shares of the subscription meal kit company have more than doubled since hitting a record low in April, and reached a five-month intraday high on Friday.

Oasis Biotech plans to start deliveries next week and said it can produce about 9.5k servings of mixed salad per day for local restaurants and casinos.

The round was led by Diplo, Von Miller, Ansel Elgort and Billie Eilish. Funds will go towards expanding distribution, sales and the company’s marketing team as well as supporting the launch of its new energy drink, Hustle.

13. The Founders of Baby Food Startup Yumi Dish How to Get Funding When You’re Pregnant – Moneyish

An inside look at starting a business and raising capital while pregnant.

AmRest, the Polish restaurant group, will invest $29m for a 10% stake in Spanish startup Glovo. The funding round offers the company the resources to seek further expansion abroad amidst growing pressure from the likes of Uber Eats and Deliveroo.