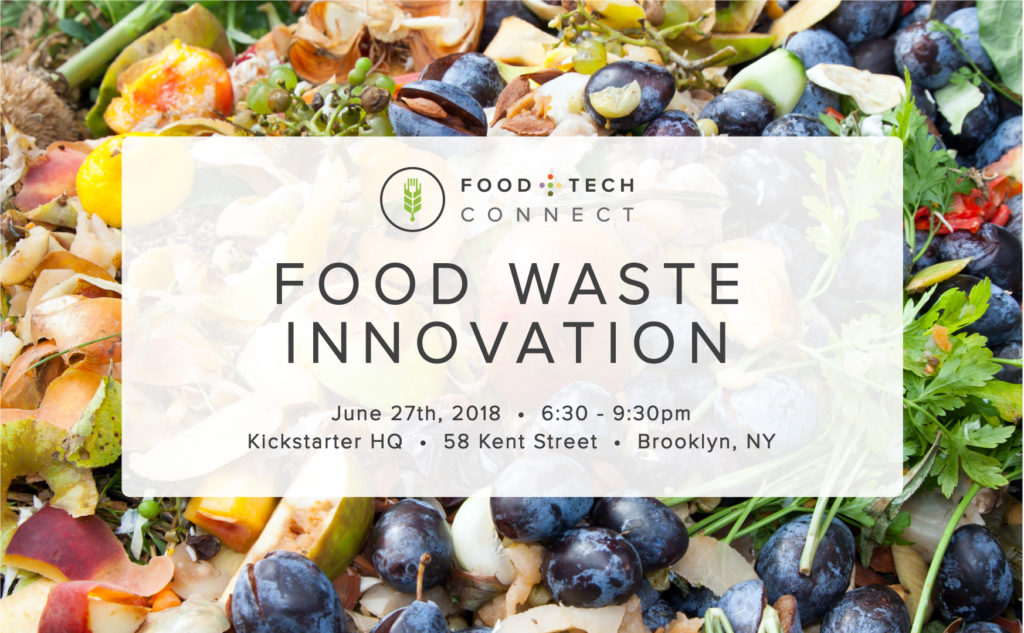 It’s no secret that food waste is a massive problem. Every year, $218 billion is spent on food that is never eaten–amounting to 52 million tons sent to landfills annually. Another 10 million tons is discarded or left unharvested on farms. In response, a number of companies have emerged to tackle this issue. From repurposing food waste into added-value products to recovering nutrients from food that is thrown away, join us to hear from innovators in the space at our June Food+Tech Meetup. Presenters will do a deep dive into their business strategies, technologies, challenges and lessons learned.

PRESENTERS:
Joanna Ehrenreich, Heads of Operations & Marketing, Toast Ale USA
Jo has spent her career at NYC startups, most recently as an early stage hire at Blue Apron. She helped run Blue Apron’s sustainability efforts as well as brand marketing, where she met Toast’s founder who served as a mentor on several food waste initiatives. She joined the Toast US team in 2018 as General Manager.

Matthew Holtzman, Founder, goMkt
goMkt was established in 2016 with a simple mission: reduce food waste, support small business and charitable giving, and bring people together to share delicious food. Matthew was the former founder of Yahoo-backed startup to ID hate speech and analyst at AppNexus.

Phil Wong, Co-Founder, Misfit Juicery
Phil co-founded Misfit with his best friend Ann 3 years ago in his college kitchen. Phil has spent time in Rwanda and Senegal, both of which were integral to Misft’s beginnings. Phil’s a Halcyon Fellow and graduated in 2015 from Georgetown’s School of Foreign Service with a BSFS in Science, Technology, and International Affairs. Phil and Ann were named to the 2018 list of Forbes 30 Under 30 (Social Entrepreneurs).

Amanda Weeks, Co-Founder & CEO, Industrial/Organic
Amanda co-founded I/O to rapidly recover water, energy and nutrients from food waste to produce high-value products such as organic fertilizers, animal feed and clean energy. The company aims to operate a distributed network of micro-facilities utilizes existing industrial spaces, providing a faster and cheaper alternative to other organic waste solutions, while contributing to the revitalization of post-industrial areas. It recently closed a $1.3m seed round to build out its first commercial facility in New Jersey, set to open this summer to serve the New York metro area.

Kickstarter is a funding platform for creative projects. We are an independent, founder-controlled company of 132 people working together in an old pencil factory in New York City. Over 10 million people, from every continent on earth, have backed a Kickstarter project from films, games, and music to art, design, and technology. To date, tens of thousands of creative projects — big and small — have come to life with the support of the Kickstarter community.

Like our namesake borough, the Brooklyn Brewery is made up of a rich collection of characters from all over the world. In our Williamsburg home, these characters are dedicated to brewing and selling great beer and enriching the communities we serve. Together, these Brooklyners have assembled the skills needed to transform a home brewing hobby into an independent brewery with a brand that has become an international beacon for good beer.