Why Cellular Agriculture Is The Next Revolution In Food 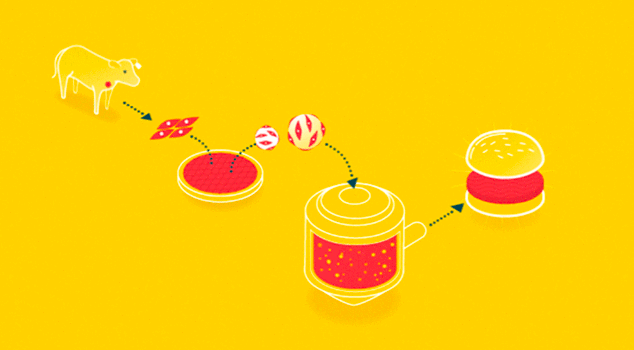 Guest post by Isha Datar, CEO of New Harvest. The views expressed are are solely those of the author and do not reflect the views of Food+Tech Connect.

At New Harvest, we’re kickstarting the post-animal bioeconomy – an industry of animal products made without animals, including meat, milk, eggs and gelatin – by supporting cellular agriculture as an established area of academic research. Like the agricultural and industrial revolutions before it, cellular agriculture is the next revolution in food.

The post-animal bioeconomy offers a solution to many of the immense problems associated with the food system as it exists today. Our increasing hunger for cheap animal products is having significant impacts on the environment, climate change, water use, antibiotic resistance, and food safety. Cellular agriculture has the potential to offer the exact same animal-derived foods created in a way that bypasses each of these negative effects. As an application of medical science (tissue engineering to be exact) to food production, cellular agriculture is a proven technology that at this point in time requires further research in order to be implemented on a large commercial scale. 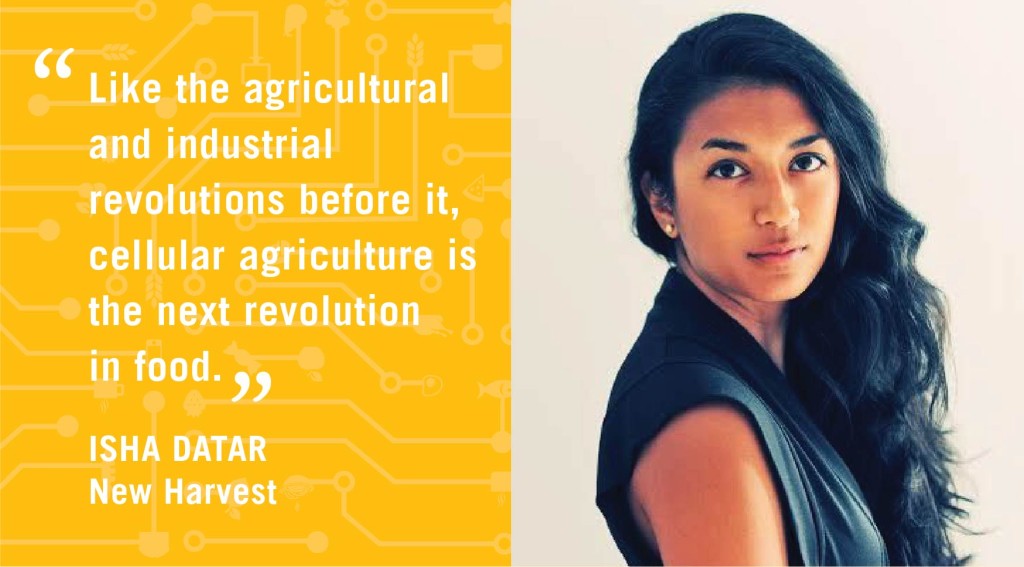 Harvesting animal food products from the cell level up, rather than raising millions of animals and breaking them down into their various constituent parts as we do now, may also have the benefit of opening up exciting new culinary possibilities that are yet unimaginable to us. We already know cellular agriculture methods can produce foods with longer shelf lives. Cellular agriculture can also be tailored for specific uses and preferences, for example: meat with fewer saturated fats and more unsaturated fats, lactose-free milk, cholesterol-free eggs, or egg whites intended for different baked goods like meringues or fluffy angel food cakes.

Prior to our harnessing of fermentation for food millennia ago, staples like cheese, yogurt and beer were beyond our comprehension. In time, cellular agriculture products will likely be produced in large bioreactors, machines where biological processes are carried out on an industrial scale, which are sterile, safe, and transparent environments totally unlike the factory animal farms and slaughterhouses of today. The animal food production processes of tomorrow may look and function in a way similar to modern beer breweries, and this could open up all kinds of novel gastronomic possibilities, analogous to the vast array of artisanal craft beer breweries that have existed for centuries. 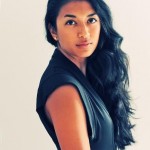 New Harvest CEO Isha Datar has been pioneering the field of cellular agriculture          since 2009, when she began a deep-dive investigation into the technical challenges         and opportunities involved in producing cultured meat. In 2010 Isha published   “Possibilities for an in-vitro meat production system” in the food science    journal Innovative Food Science and Emerging Technologies.

Isha quickly discovered that cellular agriculture research was not held back by a lack of interest or expertise, but instead by a lack of designated funding channels directed at this intersectional work. Thus began her quest to establish the field of animal products made without animals, one recognized by researchers, funding agencies, and investors.

A stint in Policy and Public Affairs at GlaxoSmithKline illuminated the cooperative relationship between non-profits, academia, and companies in translating beneficial science out of the lab and into society. Isha has used a model often used in advancing     medical research to advance cellular agriculture, by funding early stage, foundational research in academia and starting cellular agriculture companies on more ready-to-market technologies.

Isha became CEO and President of New Harvest in January 2013. She co-founded Muufri, making milk without cows, in April 2014 and Clara Foods, making eggs without chickens, in November 2014.