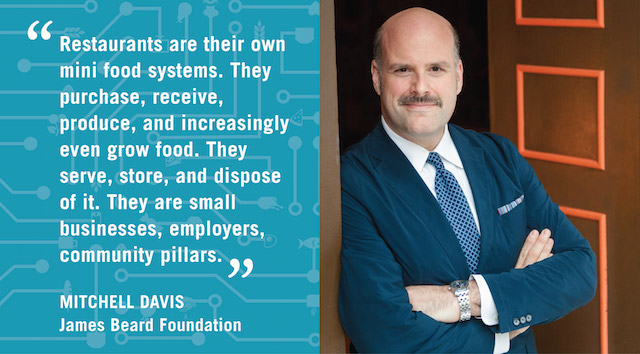 Guest post by Mitchell Davis, Executive Vice President of the James Beard Foundation. The views expressed are are solely those of the authors and do not reflect the views of Food+Tech Connect.

We hear a lot lately about how our food system hides the true cost of food, that is, the cost of what it really takes to put food on our tables when we consider its impact on the environment, the just value of labor, the amount of water and other resources consumed, how waste is disposed, the amount of health care spending related to poor nutrition and access, as well as other externalities.

This discrepancy is true for the food system at large, and also for different elements of the system, such as restaurants. Restaurants are their own mini food systems. They purchase, receive, produce, and increasingly even grow food. They serve, store, and dispose of it. They are small businesses, employers, community pillars. For many, restaurants are “family.”

One externality, labor, is slowly being integrated into the cost of restaurant food. There is a movement today away from tipping and toward the inclusion of service (and benefits) to the price of menu items. Danny Meyer famously began to institute what he calls his “Hospitality Included” approach in restaurants that are part of his Union Square Hospitality Group. Others have followed suit. This shift allows employers to more evenly distribute wages to staff and to do so in a steady stream.

What if we could find a way to account for other externalities? When the James Beard Foundation began its Chefs Boot Camp for Policy and Change several years ago we heard from participating chefs who do things right how they felt unfairly judged against other restaurants who don’t buy organic produce and/or who don’t provide benefits to their staff, but who charge the same for appetizers and entrées as they do. Where’s the incentive to better behavior? Why can a critic come in and say things like: “This is a great burger, but it’s too expensive, and the one across the street is just as good.” Would it help to see a line item on the bill, just after tax and before service, perhaps, that says something like “Contribution to the future of humanity and our planet?”

In restaurants, technology can help provide data to change the value equation. In the back of house ingredients coming in and waste going out can be tracked and traced to maximize efficiencies. In the front of house information about ingredients, restaurant practices, the true cost of your meal can be communicated and promoted to guests. Perhaps it could be done through a photo interface, one that recognizes foods in your social media pix the way security cameras recognize faces. Snap a picture, and something on the restaurant’s server and wifi router intercedes to provide eco-access detail about the food in the photo. The goal would be a mini food system that supports mindfulness and fairness by offering full transparency. Something everyone ought to able to digest. 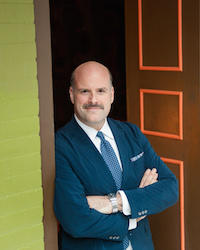 Mitchell Davis, Executive Vice President, the James Beard Foundation; Author, Kitchen Sense (Clarkson Potter, 2006)
With the James Beard Foundation since 1993, Mitchell is a cookbook author, a food journalist, and a scholar with a Ph.D. in Food Studies from NYU. He has created and overseen many important initiatives at the Beard Foundation, including an annual conference on sustainability and public health in the food system. Most recently he was on loan to the USA Pavilion at Expo Milano where he served as Chief Creative Officer, directing the design, content, and programming for the pavilion’s American Food 2.0: United to Feed the Planet theme—with 6.2 million visitors, the most popular at the world’s fair. Davis holds a chair on the Academy of the London-based World’s 50 Best Restaurants program. His most recent cookbook, an electronic collaboration with chef Laurent Gras, called My Provence, won two IACP awards in 2013.