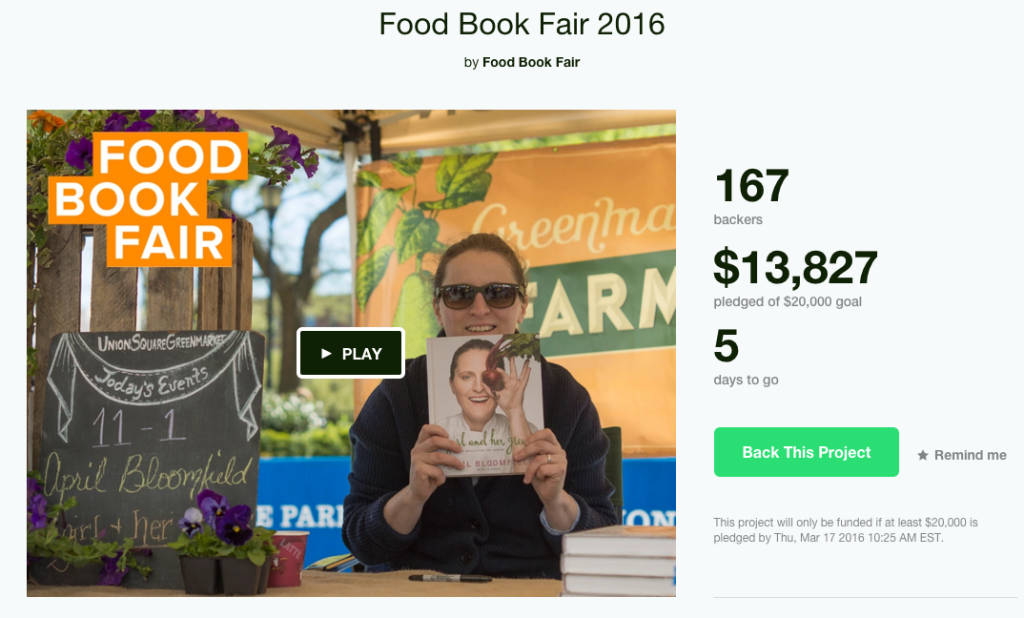 For writers, eaters, farmers, chefs, activists, scientists and more, Williamsburg, Brooklyn is the place to be this Spring. Food media festival Food Book Fair (FBF) is back for its fifth year, and this time around it’s calling on the good food community to help make it even bigger and better.

Happening from May 1-2 at the Wythe hotel in Brooklyn, the “Coachella of writing about eating,” will include panel discussions, a pop-up food bookstore, its indie food magazine festival Foodieodicals, film screenings, dinners and more. But in order to make the event more comprehensive, accessible and financially sustainable for the organizers, FBF has launched a Kickstarter campaign to raise $20,000 to help take the first-of-its-kind festival to the next level.

If the FBF team reaches their funding goal, they will be able to:

Check Out The Awesome Rewards

Rewards include early-bird tickets to FBF programming, workshops, Foodieodicals and its annual collaboration dinner with Egg Restaurant. There are also some pretty stellar rewards for high level backers, including:

Food Book Fair has raised almost $14,000 so far and it has 5 days left in its campaign. You can learn more and support FBF here.