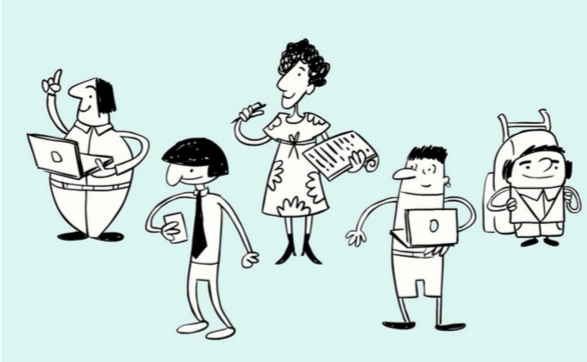 If you plan your vacations around food, Bitesee wants to be your go-to online guidebook. After working as a food writer for 11+ years, Kiri Tannenbaum saw an increasing need for a global travel website focused solely on culinary tourism, i.e. restaurant recommendations, cooking classes and food tours. So she set out to build Bitesee, the “ultimate website for food-obsessed travelers.”

Bitesee has compiled hundreds of recommendations and gastronomic activities happening world-wide, but in order to get the site off the ground, Kiri recently launched a Kickstarter campaign to raise $30,000, which has raised $17,000+ and has thirteen days to go.

Kiri took part in our Crowdfunding Bootcamp, taught by Nomiku CEO Lisa Q. Fetterman in March 2015. We chatted with her via email to learn more about what type of community building she’s done for Bitesee, her strategy for the website’s roll out and what she’s learned from the crowdfunding process so far. Our interview has been edited for brevity and clarity.

Food+Tech Connect: Can you tell me more about the inspiration for Bitesee?

Kiri Tannenbaum: About five years ago while in London, I was sitting at a table filled with food industry folks, Richard Vines the restaurant critic at Bloomberg UK, Simon Davis the head of London’s Restaurant Festival, and chef Mark Jankel founder of Street Kitchen. I was surrounded by passionate foodies who happened to be locals. I sat with my notebook asking for their recommendations on not just where to eat, but what food sightseeing I should do.

As the each rattled off their personal lists and my notebook started to run out of pages, I began to see the need for bitesee. Even today I continue to receive emails from friends and consistently respond to Facebook posts from food writer and editors crowdsourcing where to take a cooking class in Florence or where to eat when they are in Tokyo on vacation. While Facebook is a great resource as well as other food and travel sites, there is still no one destination where culinary tourists who build their entire vacation around food can begin their search.

KT: About three weeks before, I targeted about 100 friends and family members that I know are my “evangelists” as Lisa Fetterman suggested to inform them my campaign was coming soon. I sent those as group emails in batches—high school friends, college friends, grad school friends. Really inner circle people from each area of my life. I probably missed a few groups or friends that I should not have, but a good chunk of those people have heard enough from me over the last several months that they knew it was coming. Then a couple days before I sent a reminder.

On the PR and marketing side: As I am in the industry and often emailing with publicists and chefs, I started slipping it into conversation and email dialogue. However, it is a little tricky talking about something unless you have your elevator pitch down that nails your project and business. I happen to be at a wedding right before my campaign, which was incredible but I do not recommend traveling for too many days right before a campaign launch. However at the wedding I was able to get the word out to new people. I talked it up whenever anyone asked me what I was up to (without being aggressive) and happened to be seated on the rehearsal dinner night next to a few key media folks. I asked what they thought would be a good media strategy for my particular project and got very good first-hand advice on how to pitch the media.

You really need an angle other than running a Kickstarter, as media outlets don’t get a lot of traffic on Kickstarter campaigns unless they are breaking the sound barrier or they are super unique. It made me realize that some contacts are better to be pitched once my product is out there vs. during the campaign.

FTC: Why did you decide to raise funding through Kickstarter, rather than Indiegogo or food-focused crowdfunding platform Barnraiser?

KT: After the Bootcamp I met with Terry Romero, from Kickstarter, and started thinking it was the right place. I also studied what other kinds of projects were on Kickstarter. I do believe in the other platforms, but I thought having a limited campaign time would help reach the highest goal, given on Kickstarter there is that pressure not only on you, but on your backers. Also as a media-related food product, I just felt like more people in the media industry are familiar with Kickstarter.

FTC: $30k does not seem like a lot to build a website and start producing robust content globally. Can you tell me more about what the initial rollout will look and what your business model will be once you launch to sustain Bitesee?

KT: That is absolutely true. Like any business, you can’t roll everything out at once. For one reason, technology changes quickly and you may want to pivot your strategy or product. Also, you have to put in money of your own. You can’t expect others to give if you aren’t also putting your neck out there and willing to bet the farm on your own idea. Some of what we are planning for Bitesee is a similar model to Tasting Table. They began with an email publication, and we will likely do the same.

FTC: An engaging video can make or break a crowdfunding campaign. Can you tell me more about your video strategy? Why did you choose to do an animated video instead of a live action one?

KT: I had explored how other projects on Kickstarter presented their videos from different categories and I stumbled on one in particular in the Journalism category that used 2D animation. I knew it would be tricky for me to get visuals of some of the ideas I had for the video and also a bit boring if I just sat in front of a desk with a computer screen walking people through the concept of Bitesee. I wrote up the script and visuals and that made it even more clear that to execute it, it would need to be animated. Plus, I had a lot of humorous touches I wanted to put in that would keep the audience engaged. The animation allowed more room to have fun and to explain the concept of the project with more freedom.

FTC: What were your major takeaways from our Crowdfunding Bootcamp taught by Lisa Q. Fetterman of Nomiku? How have you applied them to your campaign?

KT: You have to set aside enough time to do all the critical steps, because everything will take much longer. You must be super organized with your contacts. You have to get your social media strategy in order. And the real big one is to make sure your messaging is clear especially with your video.

Lisa emphasized you need at 2-3 months to produce your video, and that is definitely something I can say is true. Between feedback and rounds of changes and just the fact that we all have other things we are working on (plus I had someone drop out which had me scrambling to find a new animator after) you really need to be sure you count backwards from the time you want to launch your campaign to the time that you need for the video.

FTC: What have been your major learnings from the campaign so far?

KT: If I could multiply me in a twin machine, I would. You need many hands on deck, especially when it comes to emails. The needle only moves when you go door-to-door, inbox to inbox, to get friends, family and colleagues to back your campaign. It is critical to email people individually. You should have a general blurb to describe your campaign and all the proper links and social media handles within that. For anyone who’s never backed a Kickstarter, I found it helpful to have a few notes on the exact steps to backing a project. But be sure that these emails are genuinely personal, people aren’t as likely to respond to a group email and take it to the next step by taking action. Facebook gets the word out, but that usually ends in a “like”. So no matter how much someone loves you or believes in your project, or clicks “like”–they will need a little nagging to get you to your ultimate goal.

Want to launch a wildly successful campaign like Misen’s? Learn the recipe for crowdfunding success with our Food Crowdfunding Bootcamp.