Sometimes you find just what you need, or rather it finds you, in unlikely places. Six months ago, I received an email from an Italian entrepreneur saying that he was creating the first international food tech conference in Milan, and he wanted to get Food+Tech Connect involved. Though skeptical, because a lot of people are trying to capitalize on the food tech startup explosion, I had my first Skype call with serial entrepreneur Marco Gualtieri to hear about his plans for Seeds&Chips.

Produced by Gualtieri’s newest company Milano Cucina, a marketing and event agency focused on food innovation, Seeds&Chips, he told me, aimed to make it easier for people to share ideas, as well as for large and small companies to connect and form partnerships. “I like innovation and creativity,” said Gualtieri. “Thinking about ExpoMilano2015, I started to look around to see what was happening in this field and soon realized how the enthusiasm behind it was rapidly rising, and that we were on the brink of something big that would revolutionize the food system. This is why I thought of Seeds&Chips: to give people a chance to connect and come together to contribute and develop an ecosystem that would generate a new economy, as well have a very positive impact on our future.” While he is running a business, it was clear that this was about more than just making money. It was about creating an ecosystem for innovation. By the end of our conversation, I was sold.

Food+Tech Connect soon joined the Seeds&Chips team to help create a global dialogue through the Internet of Food Editorial Series, as well as by getting a diverse group of startups and investors involved in the conference.

Throughout the Internet of Food Series we invited food tech innovators, like Dig Inn CEO Adam Eskin, Food Tank President Danielle Nierenberg and FarmersWeb co-founder and CEO Jen Goggin, to respond to the question: “How might we use technology, new business models and design to guarantee healthy, safe and sufficient food for everyone?” What was most exciting to me about this series is how people really took the question to heart and came up with insightful, thought-provoking responses. Rather than using it as an opportunity to promote their work, they used it as an opportunity to share ideas. I am so pleased to say that the conference was full of similar energy. 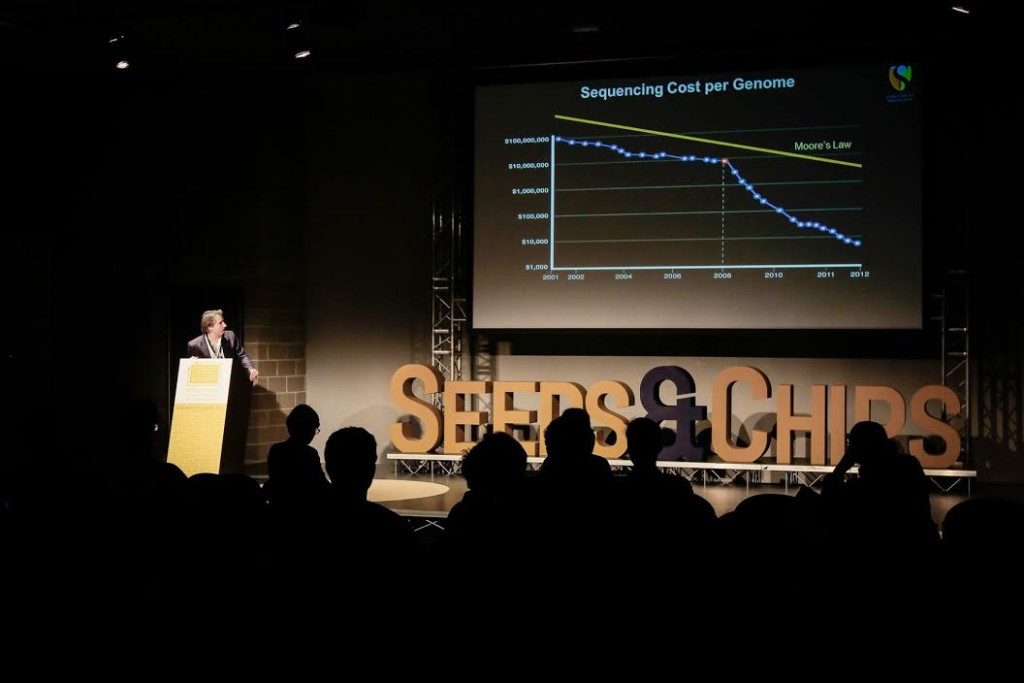 From March 26-29, Seeds&Chips brought entrepreneurs, technologists, designers, academics, investors, corporate executives and media from around the world together to explore technologies, research and how we might work together to transform the future of food. Part exhibition and part conference, the event was a true celebration of the entrepreneurial spirit and the global hunger to create a better food system. Walking the exhibitor hall, you couldn’t help but get inspired by the 95 startups from Italy, the U.S., Spain, Israel and the UK who were working on everything from hydroponics and innovative home growing systems, to improving in-field pathogen detection, to making it easier for food artisans to sell their products direct to eaters.

The event was also rich in brain food with keynotes and talks from innovators like angel investor Ali Partovi, Windowfarms founder Britta Riley and Director of MIT Senseable City Lab Carlo Ratti, as well as panel discussions on topics ranging from technologies role in food security, to agriculture, to cooking and eating. The USA Pavilion at Expo Milano hosted a startup pitch competition to launch the application process for Feeding The Accelerator.  And then there were the late night dinners, and the even later night drinks, where people continued nerding out and forming, what hopefully will become, long lasting friendships and partnerships.

It’s hard to put into words what a magical experience Seeds&Chips was. It felt like the early days of food tech in the US, before billions of dollars began pouring into the industry, when people were really engaged and driven by sheer passion, curiosity and an eagerness to share knowledge. Sure, many of the startups were there looking for investment and strategic partnerships and the large companies were looking for potential partnerships and investments, but they were equally interested in learning, sharing and helping to build the ecosystem.

As the food tech space grows, it’s easy to get lost in all of the money and the hype (don’t get me wrong, though, I’m THRILLED there is a lot of money flowing into the space). For me, Seeds&Chips was a great reminder of what this ecosystem embodies: we are a community of innovators who are working together to fundamentally transform the business of food to make it healthier, more sustainable and more just for all. I learned a lot and left feeling invigorated and inspired by all of the amazing people who are working to create a more open, transparent and delicious food system. It was just what I needed as we think about the next phase of Food+Tech Connect.

Over the next few weeks, we will be sharing video interviews with some of the startups and participants from Seeds&Chips. I hope you will check them out and share your own ideas. And I really hope you’ll join Food+Tech Connect at next year’s Seeds&Chips May 11-14 2016 in Milan! 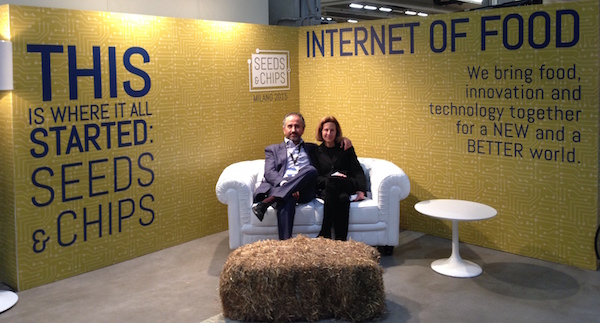