The Future of Food Depends on Grass 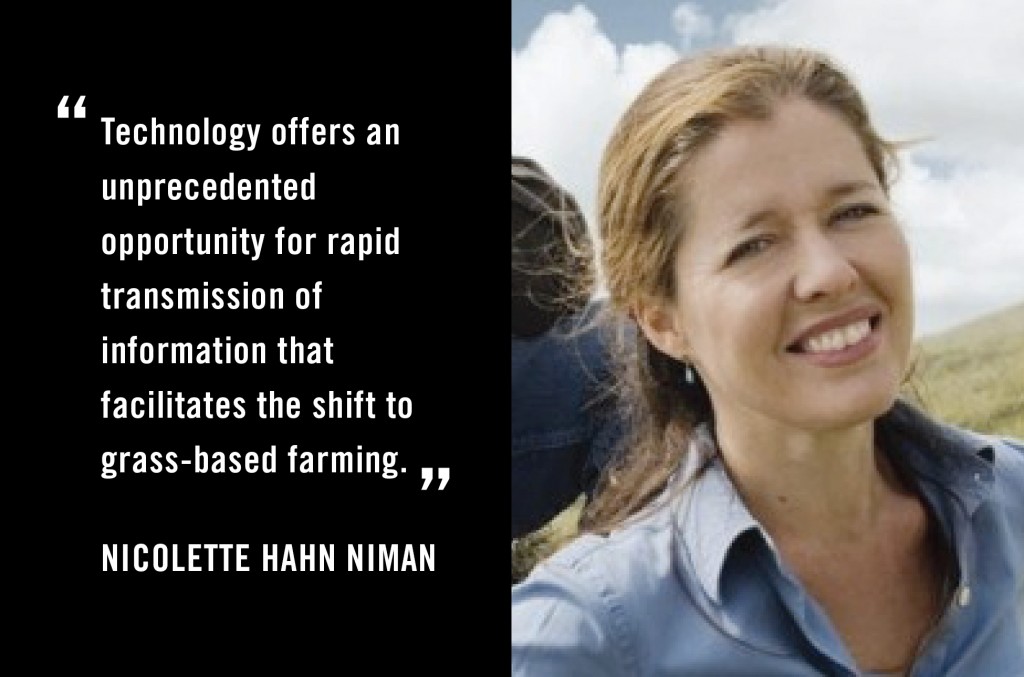 Guest post by Nicolette Hahn Niman, attorney, writer and livestock rancher. The views expressed here are solely those of the author and do not reflect the views of Food+Tech Connect.

The future of food production must be based on grass and soils. Why?  Because nothing has done more damage to the earth’s ecology – and I do mean nothing – than the invention of plow-based agriculture.  As the great Wes Jackson wrote in his manifesto New Roots for Agriculture:  “So destructive has the agricultural revolution been that, geologically speaking, it surely stands as the most significant and explosive event to appear on the face of the earth, changing the earth even faster than did the origin of life.”

When natural lands are converted to croplands, they tend to become much more brittle, more erodible, and lose much of their carbon.  Scientists now estimate that carbon losses from the earth’s soils account for one-tenth of all human-caused carbon emissions since 1850. Even so, soil remains the earth’s biggest carbon bank:  the carbon that remains in soils is still about three times as much as what’s in the atmosphere and five times as much as what’s contained in the world’s forests.

Grass (about 40 percent of the earth’s land surface is grassland) offers the best opportunity to sequester carbon back into the soils.  Properly managed domesticated grazing animals – especially cattle – maintain grasslands and make the sequestration possible by assisting the cycling of nutrients and triggering plant growth, both above and below ground.  Grassy areas – whether permanent grasslands, grass crop rotations, or grassy buffer strips in farmland – are also the best land use for holding soils, retaining water, and supporting plant and animal biodiversity.  Grass crop rotations improve soil fertility and reduce weeds and pests without chemicals. These are the reasons why future food production should be focused on grass both as the habitat for all farm animals and as seasonal rotations in all types of crop farming.

What role does technology play in the necessary transition to grass?  Technology offers an unprecedented opportunity for rapid transmission of information that facilitates the shift to grass-based farming.  It can connect farmers and ranchers with available, unused or under-used grazing lands.  It can increase food system transparency by providing consumers detailed information about how the food they are purchasing is produced; it can inform consumers where to find retailers and restaurants offering grass-based options.  And technology can connect farmers directly with consumers – helping to create the market for grass-based foods.

The long-term sustainability of our food system depends on transitioning away from chemicals, using water more wisely, and devising systems that regenerate rather than expend resources.  All of this depends creating a system based on grass.  Technology helps us get there.

Hacking Dining is online conversation exploring how we might use technology and design to hack a better future for dining. Join the conversation between June 2-30, and share your ideas in the comments, on Twitter 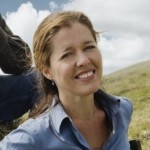 Nicolette Hahn Niman is an attorney, writer and livestock rancher.  She is regularly featured in media about sustainable food production, including an August 2009 TIME magazine cover story.  Her writings include the forthcoming book Defending Beef (Chelsea Green, 2014) and the book Righteous Porkchop:  Finding a Life and Good Food Beyond Factory Farms (HarperCollins, 2009), which Michael Pollan called, “a searing and utterly convincing indictment of the modern meat industry.”  She has authored several essays on the subject of food and farming for the New York Times, and for the Sunday Los Angeles Times.  She is a regular blogger for The Atlantic, and has written for The San Francisco Chronicle, Huffington Post, Cowboys & Indians, and CHOW, among others.  Previously, she was the Senior Attorney for the environmental organization Waterkeeper Alliance where she was in charge of the organization’s campaign to reform the concentrated livestock and poultry industry, and, before that, an attorney for National Wildlife Federation.   She served two years on the Board of Overseers for Chefs Collaborative.  Ms. Hahn Niman served two terms on the city council for the City of Kalamazoo, Michigan (pop. 80,000), during which time she served on sixteen community boards and commissions including the Environmental Concerns Committee.  She received her Juris Doctorate, cum laude, from the University of Michigan in 1993 and her B.A. in Biology and French from Kalamazoo College in 1989.  She lives in Bolinas, California with her sons, Miles and Nicholas, and her husband, Bill Niman, founder of Niman Ranch, a natural meat company supplied by a network of over 700 traditional farmers and ranchers.  They market the products of their own ranch under the name BN Ranch.