Why We Need a Precise Handheld Food Allergen Detector 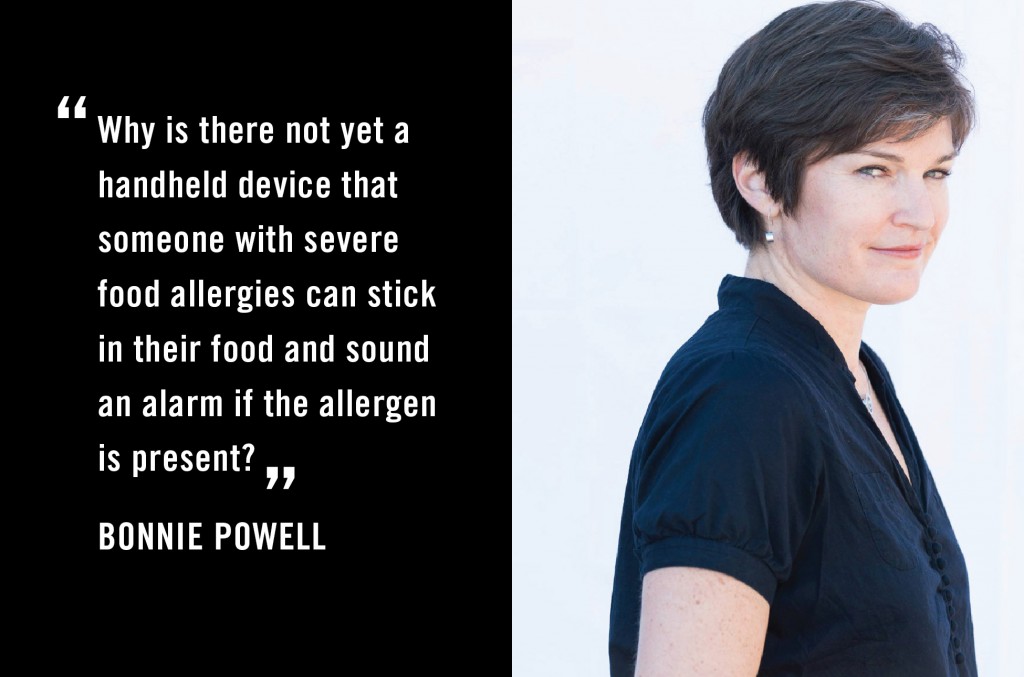 Guest post by Bonnie Powell, director of communications, Bon Appétit Management Company. The views expressed here are solely those of the author and do not reflect the views of Food+Tech Connect.

What if every time you ate in a restaurant, you were putting your life on your fork?

That’s the reality for people with severe food allergies — as many as 15 million Americans, including 1 in 13 children, according to the Food Allergy Research & Education group. While some of us like knowing where our food comes from and how it was grown or raised, others need to know exactly what they’re eating, and whether it ever came into contact with the ingredient that could send them to the hospital.

Right now, there’s no way someone with a wheat allergy, for example, can be absolutely sure that the white-bean soup in their neighborhood Italian restaurant is safe for them to eat. They can ask the server, who can ask the chef. She may say the soup has no pasta, roux thickener, or other wheat-containing ingredients — but even people who’ve had training on what all of those are can forget. And what if the sous chef kneaded pizza dough on the counter right next to where the soup was bubbling, and the floury dust in the air settled into it? Bad news.

That’s why few people with severe food allergies dare to eat out, and that’s why manufacturers of packaged foods are playing it safe on all their labels, with voluntary statements like “May be processed in a facility that also handles nuts/wheat/shellfish” etc. And that’s why food service providers facing the enormous responsibility of feeding everyone who has to be able to eat with them regularly — like students and corporate employees — are struggling to train kitchen staff and enact strict guidelines for ingredient labeling and communication.

Yet inevitably, there will be human error, which is why this so clearly is a job for technology. Why is there not yet a handheld device that someone with severe food allergies can stick in their food and sound an alarm if the allergen is present?

I mean, after all, we now have a supercomputer smaller than a deck of cards that can take pictures, make calls from voice commands, stream movies, conduct live video chats, slide credit cards, and be a breathalyzer. (In the late ‘90s at the offices of the dot-com magazine Red Herring, where I worked, we used to jokingly call the idea of such an impossible device “the God phone.”) Given how far we’ve come, how hard could it possibly be to make a handheld mass spectrometer, say, that can connect to a smartphone and detect allergens?

Pretty hard, it turns out. The technology does exist, but it is so bulky and expensive that it’s stayed confined to the laboratory, where only technicians for manufacturers use it. Plenty of people have pointed out we need a portable, affordable detector, and a couple of teams of students have won competitions with the idea.

Two startups have also made many headlines recently with wildly successful crowdsourcing funding campaigns for handheld devices that can detect allergens and a whole lot more. TellSpec raised $386,000 on Indiegogo for its handheld Raman spectrometer that “tells you the allergens, chemicals, nutrients, calories, and ingredients in your food,” and Consumer Physics raised $2.4 million on Kickstarter for its SciO “affordable molecular sensor” that will be able to “scan materials or physical objects…Food, medicine, plants, and more.”

So we’re covered, right? Help is on the way: people with severe food allergies just have to be patient. Unfortunately, not only are neither of those devices anywhere close to shipping, but if you read carefully, it’s unlikely that either will actually be accurate enough to be trustworthy for someone with a life-threatening allergy. “Say you want to scan a dense piece of dark chocolate that contains a single nut fragment. The TellSpec won’t be able to find the fragment unless you cut the chocolate open, making the nut easier to find,” wrote Co.Exist reporter Ariel Schwartz.

The SciO also seems to rely on scanning the surface of the food, which seems problematic if you’re looking for, say, tiny bits of nuts or eggs. Both companies admit that the databases containing the molecular signatures of all potential ingredients do not yet exist, either.

Come on, technology industry — we can do this! Fifteen million Americans with severe food allergies seems like a pretty big starting market for a say, $500 device that could reliably allow them to join the rest of us for lunch safely. Possibly, dare I say, an even bigger one than people who want to know which farm grew their lettuce or how they can order “artisanal cocktails” for delivery… 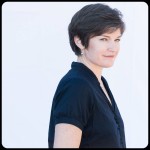 Bonnie Powell is the director of communications for Bon Appétit Management Company, which provides “food service for a sustainable future” to corporations, universities, and culture institutions in 32 states. The former food editor at Grist.org and deputy editor of Edible San Francisco, in 2006 she launched the food-politics blog Ethicurean in 2006 and started the first meat CSA in the Bay Area. Follow her via @ethicurean.