Putting Community at the Center of Local Food Distribution 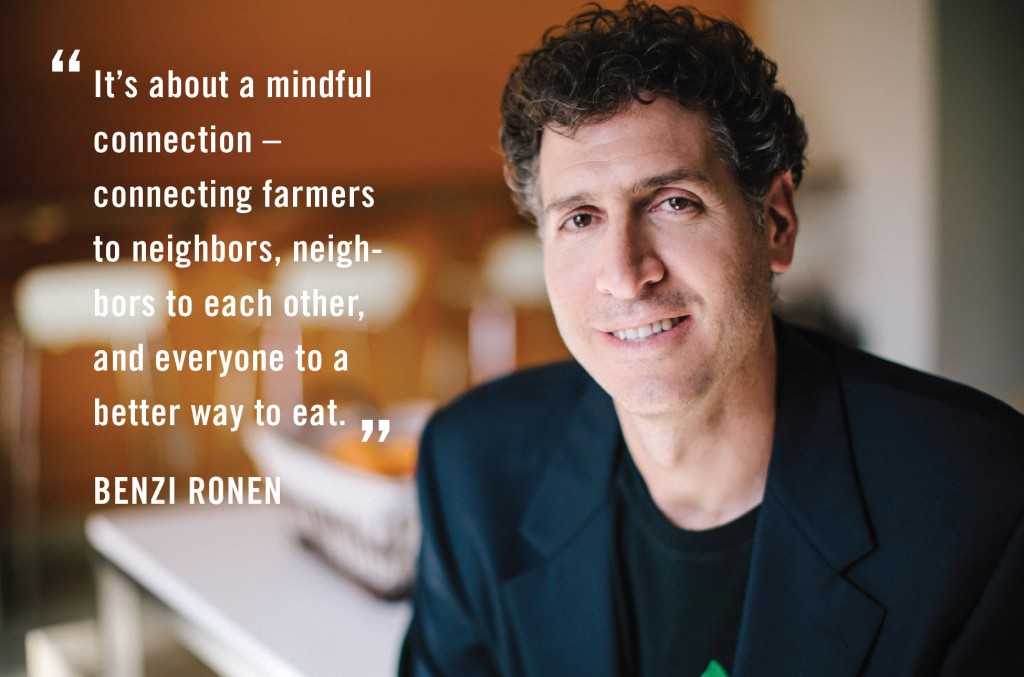 Guest post by Benzi Ronen, founder & CEO, Farmigo. The views expressed here are solely those of the author and do not reflect the views of Food+Tech Connect.

Say goodbye to Shop Rite, Safeway and Whole Foods, and hello to a new technology-based food model that will change the way you think about buying and preparing food today.

For our great-grandparents, buying groceries was a completely different experience than the one most of us know today. They bought meat from the town butcher, milk and cheese from the dairy, and everything else from small local markets. They knew and trusted the people who produced their food, and those producers knew them. There was accountability. But when that system grew to be too expensive for many, the modern supermarket was born, and sadly, profit became more important than people.

Today, we have a historic opportunity to build a new American food model – one that efficiently uses technology to let people buy quality, just-harvested goods from small, local producers, at a cost that’s affordable for most Americans (and in most cases, cheaper than Whole Foods). But it’s critical that we don’t just move to a digital version of the same old supermarket model. While companies like Amazon Fresh, and even online grocery options like Fresh Direct and Good Eggs, are enabling consumers to purchase more from local food producers, they are continuing to place convenience above all, and removing human transactions from our experience of food.

Farmigo puts community at the center of its food distribution model, replacing the old supermarket economies of scale strategy, with a better economies of community model. In much the same way that some green energy companies are leveraging the power of community purchasing, Farmigo users are grouped together by neighborhood, with everyone ordering online and picking up their just-harvested orders at a designated community pick-up point each week – profiting local food producers AND purchasers.

We’re seeing a new movement focused on bringing joy to those who savor their food and care where it comes from. It’s about a mindful connection – connecting farmers to neighbors, neighbors to each other, and everyone to a better way to eat. People who want to get together in real life, share recipes and truly revolutionize their communities’ dining experiences. This starts at the local level and has the opportunity to take back the food industry that is so focused on convenience at the cost of personal touch and quality.

The supermarket’s time is up. Let’s get together as communities and dig in. 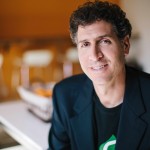 Benzi Ronen is bringing community back to the food system. After spending a decade working in the technology industry, Benzi took a step back and reflected on his personal history, steeped in the importance of community. He thought about how technology has tremendous power to bring communities together, and yet to date in the food industry, it has largely removed human connections entirely. He decided to focus his next, and most personal venture yet, on using technology to transform the suburban food system, which had become efficient, yet unsustainable and impersonal. Benzi is now founder and CEO of Farmigo, a company that makes local, farm-to-table food easily available, by bringing people together in neighborhoods across America.

Growing up, Benzi admired how his war hero grandfather had been a real pillar of his community – the guy everyone trusted and with whom everyone wanted to do business. His Israeli father had worked in the kibbutz system, building agricultural towns with his family and neighbors, and further instilled in Benzi the desire to put community at the center of everything he did. With food inextricably tied to his closest relationships – from years spent watering the citrus trees in his backyard, to meeting his wife over a brownie sundae, to the fresh Israeli salad that was part of every meal growing up and that Benzi now shares with his two kids – it’s easy to see how this tech guy wound up starting a business that uses the power of technology to bring communities together around food.

Benzi earned his BA at Tel-Aviv University and MBA at the University of Michigan, and spent more than a decade working with technology giants such as Microsoft, Netscape and SAP, and launching a successful entrepreneurial endeavor called Octago, largely using software to optimize user experiences.