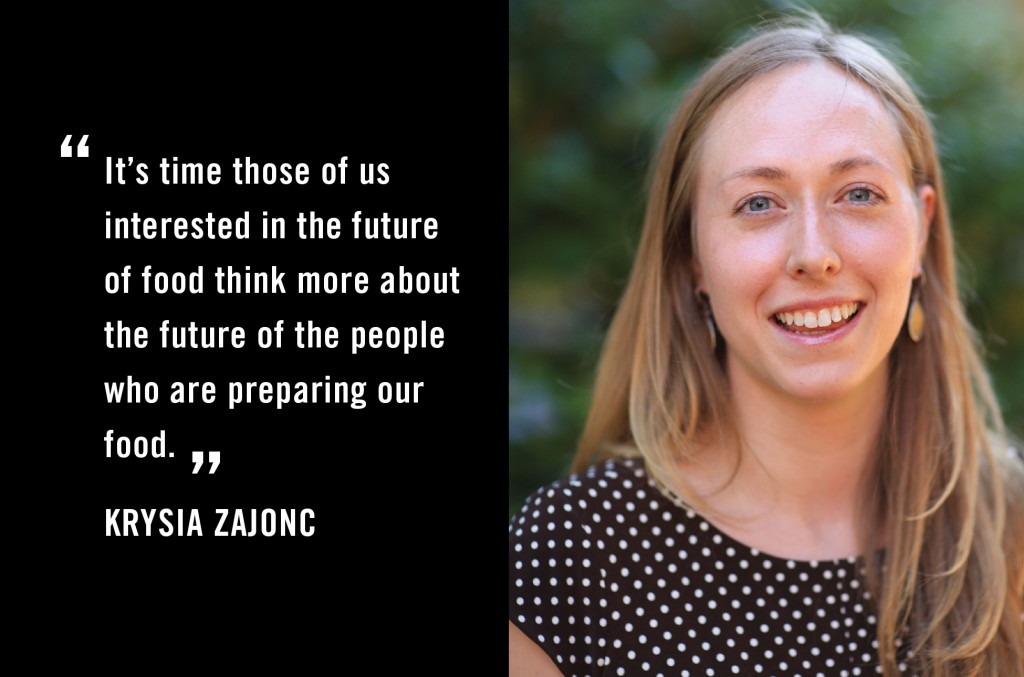 Guest post by Krysia Zajonc, cofounder & CEO, Local Food Lab. The views expressed here are solely those of the author and do not reflect the views of Food+Tech Connect.

The farm-to-table movement has focused the conversation and innovation surrounding food system hacking on shrinking the path food travels as it makes its way from—as the name suggests—the farm to the table. Deconstructing the food system in this way helps eaters understand that food doesn’t, in fact, just come from the grocery store.

But as Dan Barber explains in his new book, The Third Plate, looking at the food system in this way still does little to alter our role and responsibility as eaters. The farm-to-table consumer remains an “end user”—solely focused on feeling good about what we’re putting into our bodies. The good food movement is disproportionately focused on the what, the how and the where of our food, but we’ve spent almost no time on the who.

It’s time those of us interested in the future of food think more about the future of the people who are preparing our food. Dining is the most appropriate place to have this conversation as the largest chunk of our food dollar is spent on food service. The National Restaurant Association boasts that the restaurant industry captures 47% of every food dollar spent in the Unites States. So if close to half of what we spend as a nation on food goes directly to restaurants, it might be reasonable to assume that the restaurant industry is a pretty good place to work. Think again.

There has been a lot of discourse lately about raising the federal minimum wage from $7.25 an hour to $10.10 an hour. The city of Seattle just made headlines by raising their minimum wage to $15 an hour. However, a lesser known fact is that there is a different minimum wage for restaurant workers who earn tips. The minimum wage for tipped workers is only $2.13 an hour and it has remained the same for the past 22 years. Food service employees are the largest and fastest growing sector of the U.S. economy, and they are also the lowest paid. Seven of the ten lowest paying jobs in the U.S. are restaurant industry jobs.

More than half of the 10 million restaurant workers in the U.S. rely on government programs like food stamps and Medicaid. Restaurant workers use food stamps at double the rate of the rest of the U.S. workforce and are three times as likely to live in poverty as the rest of the U.S. workforce. Moreover, the restaurant industry is the largest source of sexual assault claims filed by women accounting for 37% of all reported claims.

So what can we do? The Restaurant Opportunities Center United has created a National Diners Guide that offers information about wages, benefits and promotion practices at some of the most popular restaurants in nine cities across the U.S. Their hope is that if we feel empowered to ask if the chicken is local, then we should also feel comfortable asking restaurant owners and managers about the pay and working conditions of their staff. To that end, they’ve created a video to show diners how to approach restaurant management about workplace conditions. Download the guide and see how your favorite restaurants stack up. We can also do our part to support fast food workers when they ask us to boycott their employers. Unsurprisingly, the biggest offenders when it comes to workplace conditions in the restaurant industry are fast food chains.

The restaurant of the future may one day replace servers, cooks and dishwashers with seamlessly integrated robotics. Yet despite exciting advancements in kitchen technologies, that day is a long way off. In the meantime, those of us concerned about the future of food need to start asking by whom our food is prepared, not just how and where. 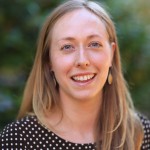 Krysia Zajonc (B.A., Stanford University, MBA, Columbia Business School) is cofounder and CEO of Local Food Lab. Krysia was born in France and have lived in Michigan, on both coasts of the U.S, and in Costa Rica. She is a food entrepreneur and has worked internationally with farmers, producers and buyers of organic food. Previously Krysia worked for Facebook and for Stanford University. Her experience as an entrepreneur of coffee and chocolate in Central America gave her a window into how disconnected people are from their food—what they eat, where it comes from, who prepares it and why it matters. I am passionate about reconnecting people to their food and their food systems. I have been a speaker at Stanford University’s 2013 Food Summit, San Jose State University, General Assembly, Future Food Tech’s Food Hackathon and the Stanford Social Innovation Summit.