With Hack//Dining NYC just a little over a month away, we are excited to highlight and thank our incredible advisors. Hailing from organizations like the James Beard Foundation, Bon Appétit Management Company, Code.org and R/GA, these doers are helping us make sure that we tackle big challenges and build things that matter. Check out their bios below to learn about all of the incredible things they’re doing. 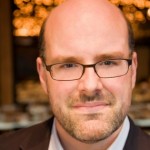 Mitchell is also a cookbook author, a food journalist, and a scholar with a Ph.D. in Food Studies from NYU. With the Beard Foundation for 20 years, Davis has created and overseen many of the organization’s important initiatives, including the the JBF Annual Food Conference, a national dialogue of thought leaders on sustainability and public health in the food system, and the JBF Chefs Boot Camp for Policy and Change. In 2013, Davis led the team that was selected by the U.S. Department of State to create the USA Pavilion at the World Expo Milano 2015, the theme of which is American Food 2.0. In addition to his work at the Foundation, Davis frequently writes about and reviews restaurants. He holds a chair on the academy of the London-based World’s 50 Best Restaurants ranking program. He has written four cookbooks, including The Mensch Chef and Kitchen Sense (both Clarkson Potter), co-authored the ground-breaking electronic book My Provence (Alta Editions) with famed French chef Laurent Gras, which won two 2013 awards from the International Association of Culinary Professionals, including “Judges Choice,” and he is a regular contributor to the Art of Eating. Davis’s T.V. appearances include History Channel’s 101 Fast Foods that Changed the World, Food Network’s Food(ography), Throwdown with Bobby Flay, and Best in Smoke. Davis is host of Taste Matters, a weekly radio show (Wednesdays at 11 a.m.) on The Heritage Radio Network. In 2013 The Forward selected Davis as one of the 50 most influential Jews under 50 in America.

Maisie joined Bon Appétit Management Company in 1994 and has since been instrumental in shaping the company’s overall strategic direction. Maisie oversees Bon Appétit’s culinary development and purchasing policy efforts; she also leads Bon Appétit’s marketing and communications initiatives. Additionally, Maisie is also cofounder and president of the Bon Appétit Management Company Foundation, whose mission is to educate people about how their food choices affect the global environment and local economies.

In 1999, Maisie helped develop Bon Appétit’s Farm to Fork program, a groundbreaking companywide initiative to buy locally. Since the program’s inception, Bon Appétit chefs around the country have spent tens of millions of dollars on food grown by small farms within 150 miles of their kitchens, creating positive changes in countless local food economies. Read her full bio here. 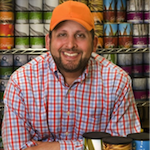 Many of Innovative Food Holdings’ 7,000+ products are used on a daily basis by approximately 35,000 of some of the leading professional chefs across the United States.   IVFH also markets those products directly to the consumer through its website at www.forthegourmet.com. Innovative Food Holdings’ subsidiaries include Food Innovations , For The Gourmet, Artisan Specialty and The Haley Group.

Mr. Klepfish joined Innovative Food Holdings as a Board Member in 2005 and was named Interim President in 2006 and CEO in 2007.  Before joining Innovative Food Holdings, Mr. Klepfish was a partner at ISG Capital, a merchant bank. Prior to that, Mr. Klepfish was an analyst at Phillips Nizer, a highly regarded New York based law firm, and he actively managed the daily and strategic activities of Tri State Ventures, a leading NY based angel group. Read his complete bio here. 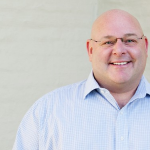 Paul is an Operating Partner at U.S. Venture Partners, one of the true pioneers of venture capital, which have helped make Silicon Valley a leader in IT technology and health care innovation.  At the same time, he is the Founder of Feeding 10 Billion (not affiliated with USVP), a non-profit initiative focused on building a robust eco-system of information and people to help entrepreneurs create their food-system businesses.

With a passion for creating jobs and mentoring startup teams, Paul has helped a generation of entrepreneurs learn how to execute during difficult times. In fact, he notes, the best of them learn to use challenges as a catalyst for innovation, and for creating cultures that are accountable, cash-efficient, resilient and focused.

At USVP, Paul has led or co-led investments in Livefyre, 3Ware (sold to AMCC), Total Beauty, Trovix (sold to Monster), PlaceIQ, Swoop, and others. He has also served on the boards of distillery, 4info, Homestead (sold to Intuit) and Jeda Networks.  Paul’s current interests on the technology landscape include: Internet services, mobile computing, audience measurement and aggregation, data storage and data analytics.

At Feeding 10 Billion, Paul advises start-ups and works with public and private institutions to develop programs for entrepreneurs, who are creating what he calls Food System 6.0. Feeding 10 Billion is currently leading role in developing programs for the State of California and the Stone Barns Initiative in New York.

Paul is an Angel Investor in food system ventures and a frequent speaker and judge at conferences on venture investing and food system reform.  He regularly lectures at colleges, including Notre Dame, Stanford, University of the Pacific, U.C. Davis, Johns Hopkins, Santa Clara, University of Minnesota and others. Read his full bio here. 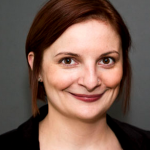 Anne regularly writes on topics related to professional and experimental cooking, including contributions to Food Arts, Gastronomica, the Oxford Encyclopedia of Food and Drink in America, and Food Cultures of the World. She co-authored Les Petits Macarons: Colorful French Confections to Make at Home and Culinary Careers: How to Get Your Dream Job in Food, and, with famed pastry chef François Payard, Chocolate Epiphany and Bite Size. She is the culinary program and editorial director for strategic initiatives at The Culinary Institute of America, where her responsibilities include leading the programming for the Worlds of Flavor® International Conference & Festival. At New York University, where she is pursuing a Ph.D. in food studies, she is the director of the Experimental Cuisine Collective, an interdisciplinary group of more than 2400 scientists, chefs, media, scholars, and food enthusiasts. A native of Switzerland, she is a board member of The James Beard Foundation Awards, The Culinary Trust, and the Association for the Study of Food and Society, was a two-term board member of the New York Women’s Culinary Alliance, and is a judge for the James Beard Cookbook Awards. 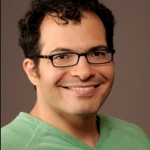 Ali Partovi has been described by the San Jose Mercury News as “one of Silicon Valley’s top angel investors,” having been on the ground floor of both Facebook and Dropbox. Shortly after graduating from Harvard, he co-founded LinkExchange, which was acquired by Microsoft for $265mm in 1998. Mr. Partovi later co-founded iLike, acquired by MySpace in 2009. Partovi’s angel investment portfolio also includes: Zappos, Airbnb, Opower, Viagogo, BlueKai, BrightFarms, and Hampton Creek Foods.

Mr. Partovi co-founded non-profit Code.org, which created the worldwide “Hour of Code,” with support of Mark Zuckerberg, Jack Dorsey, and Bill Gates. He serves on the board of FoodCorps, a non-profit that sends volunteers to improve food access and food education in schools. He is a passionate advocate and investor in sustainable food and agriculture. 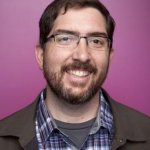 Will Turnage – VP of Technology & Invention, R/GA and the developer behind numerous mobile cooking apps and hacks.

Will released three cooking apps with Michael Ruhlman for iOS and Android, and has hacked everything from cloud-enabled scales in slaughterhouses to intelligent dinner party planning software. Currently, he’s testing remote temperature and humidity sensors with the Momofuku Culinary Lab. Follow him @wubbahed. 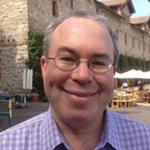 Changing Tastes is a consultancy that finds value and opportunity at the intersection of the five major drivers of change in our food system:  sustainability, public health, information technology, demographics and the changing role of the culinary professional. The firms insights are the basis for the strategy, innovation, sustainability and performance management services it provides to Fortune 100 and growth stage food companies, government sector and private investors, and civil society institutions.

Arlin also is a fellow at the Center for Leadership in Global Sustainability at the Virginia Polytechnic University and chair of the Sustainable Business Leadership Council for Menus of Change, a joint initiative of the Culinary Institute of America and the Harvard School of Public Health.

Arlin previously served as Vice President of Sustainability at Sodexo, the world’s largest institutional foodservice company, and was awarded a fellowship at the Aspen Institute and a Food and Society Fellowship funded by the W. K. Kellogg Foundation. 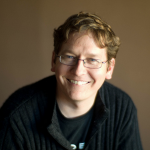 John has worked at Harvard’s Berkman Center for Internet & Society, the World Wide Web Consortium, the US House of Representatives, and Creative Commons. John is a past affiliate of MIT’s Project on Mathematics and Computation and also started a bioinformatics company called Incellico, which is now part of Selventa. He advises the National Coordination Office’s NITRD program, sits on the Board of Directors for Impact Story and the TransMART Foundation, and sits on advisory boards for Boundless Learning, Curious, GenoSpace, and Patients Like Me. John holds a degree in Philosophy from Tulane and studied modern letters at the Sorbonne.