Hacking Meat: A Software Engineer's "State of the Meat Union"

As a software engineer descended from three generations of butchers, I might be uniquely qualified to answer this question. My perspective as a programmer and general hacker gives me the ability to decompose complex problems into structured solutions; creating an algorithm is almost no different than creating a recipe. And while I'm not a butcher by profession, my overall familiarity with the butchering, preparing, and cooking of meat in its various forms may give me some insight into the “problem domain.” 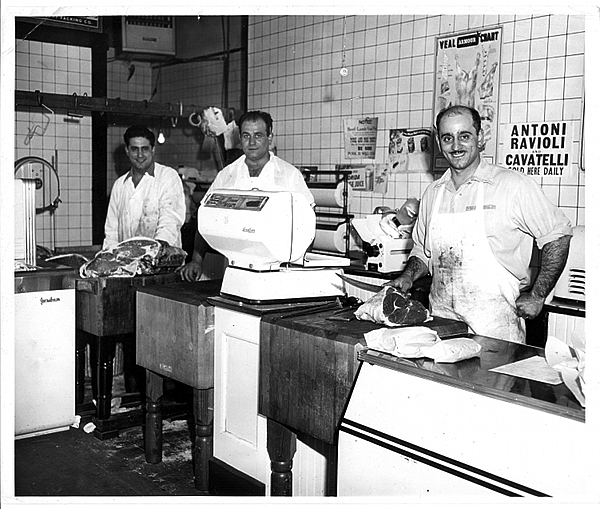 In order to consider the future of meat, we must first look at its current state. So I'll start with my “State of the Meat Union,” which may be controversial to some, but I'll take you through my thinking step by step.

In the United States, ConAgra – and two or three other companies to a much lesser extent – process 80 percent or more of all meat. All meat! If you're eating meat in this country, there's a high probability that the animal came from a particular factory feedlot, ConAgra processed it into products, and you bought the end result at a Wal-Mart. This is the lifecycle of what most people eat as “meat”: a consolidated, monolithic supply chain controlled by a literal handful of special interests concerned only with making profits. The resulting meat products lack taste, are unhealthy, and are chock-ful of preservatives, additives, antibiotics and artificial flavoring.

Does that make me a “meat purist”? Absolutely.

The future of meat I want to see is one where sustainable farming practices, increased diversity of livestock and an emphasis on quality at all levels of production creates incredible meats that more people can enjoy. I experienced this firsthand when I purchased my first “quarter of a pig” share from a community shared agriculture hog farm in upstate New York. I have eaten a lot of meat in my life, and I am here to tell you that I have never had anything before or since that's come anywhere close to the exceptional quality of the meat they produced for me. Pulled pork, bacon, ribs, ham, sausage – it was all addictively delicious. Now that I know what I've been missing, I don't want anything else!

It's the kind of thing you just can't buy in a big-box grocery store, because it's simply impossible for the mass producers to achieve that level of farm-to-table quality. It's not profitable enough for them, and it's too hard for them to do in a factory. Put plainly: I don't want a future where “meatfood” that's cloned or genetically modified, grown, synthesized, and processed in a factory laboratory is the norm. Their unsustainable mass production techniques have generated a multiplicity of severe problems in animal health, human health, environmental health, created and exacerbated terrible diseases, perpetrated unbelievable and outright criminal wastes of medicines and other resources… I could go on and on and on, but their worst atrocity is simply that their “food” tastes nothing like real meat, and to me that's what matters most.

I therefore propose that we limit the problem domain to small-scale meat production and consumption. This should include protecting industrious small farms from the predation of the big agribusiness mafia and their paid enforcers, the United States government. If we can't protect them, there is no future of meat! Legislation has been and will continue to be handcrafted by Big Ag lobbyists and then given directly to the best Congress their money can buy. These laws will continue to be unevenly enforced, killing their smaller competitors in the market and placing undue burdens on the artisans and small business folk who are bringing us the future of real meat. If we care about that future, we need to make sure this doesn't happen.

I've identified the following areas where I believe we can use information and technology to create hacks for small-scale meat production and consumption. Each of these in turn can be broken down further into more specific solutions in their particular areas, hopefully guided by our “steakholders.” I also pose a few questions to get the brainstorming started:

Mike Caprio has been a software engineer and database developer since 1997 and has solved problems and contributed to the vision and direction of companies ranging from mid-size businesses to enterprise Fortune 50. He is a New York City conductor for StartupBus and winner of the StartupBus 2011 competition. Mike is also descended from three generations of butchers, is a food enthusiast and avid cook, and regularly participates in local cook-offs and other food-related benefit events. Connect with him on Twitter.