Kraft and Nestle Open up Their Data, Hopefully in Sign of Things to Come 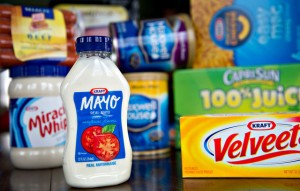 Earlier this year, corporate food giants Kraft and Nestlé Australia opened up their recipe and ingredient data to developers and consumers. While these are just first steps, we hope it’s an increasing trend that will give rise to new applications that improve transparency and the customer experience.

The Kraft Application Programming Interface (API) provides access to recipes using Kraft ingredients that developers can integrate into their own applications. Recipes are categorized by meal and given classifications like “kid-friendly, budget, health conscious,” and other such labels while the recipe data is “broken down by ingredient, number of servings, preparation time and other specifics,” according to the description up on Programmable Web.

Nestlé Australia is making the food labeling data of 1200 of its products available to consumers via the GoScan app. The GoScan app, developed in conjunction with the industry standards group GS1, makes detailed food labeling data available to users that scan food bar codes. It can be used as an alternative to the physical label that customers (sometimes) consider and provide more in-depth product information. Going forward, data like the kind Nestle Australia provides will be held by GS1 and made available to the public only via the app. The app is designed to include other major food brands and be their platform for making it available to the public. Unfortunately, the Nestle Australia data, in this case, does not appear to be open to developers independently of the GS1 system.

While the upside is the potential for new applications, the downside of using corporate APIs is that users are essentially at the whim of the company that makes them available. They can cherry pick what data is available, for how long it’s available and other problems that might frustrate third parties. For an example that many are probably familiar with, think of Twitter’s API, which, when they made changes to how it could be used by developers, sent many into a fit.

Over time, we hope to see more and more food brands open up their data not just to independent bodies, but to the whole of developers worldwide so they can be used to improve the food system and customer experience. Many other food data APIs are available, but the above are a couple noteworthy attempts on behalf of larger food brands.

APIs are often treasure troves of data that are automatically transmitted between computers and in some senses, tie the web together. We’d like to see them become part of a networked food system that is better for our health, environment and everyone’s bottom line.

If you have a “food data wishlist,” for the kinds of data you would like to see made available, let us all know in the comments below.