Last Saturday, a carefully curated group of developers and hackers gathered at Pivotal Labs for Ordr.in’s daylong HackFood event. The theme was food. The plan was to hack. And that was about it for rules.

For anyone that may not be familiar, Ordr.in is an open platform for restaurant menu data that helps restaurants manage their menus online and accept orders, and then offers that data to developers to incorporate in their applications. It recently released a new set of tools for developers that make it easier to use its API, for which the HackFood event was a kind of kick-off celebration. 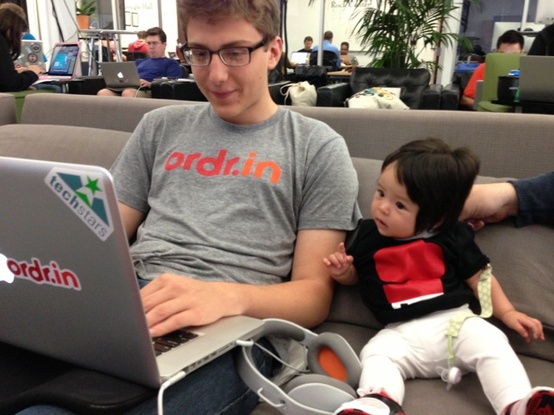 When I showed up, there was still a bin of leftover golden-brown fried chicken from dinner and the demos were just getting underway. For the crowd of 35 or so developers, who had been at it since 9 a.m., it was time for show and tell. The judges who offered feedback, including Erik Nordlander of Google Ventures, Amanda Hesser of Food52 and Adam Rothenberg of TechStars, settled in.

On display were all sorts of hacks for managing food inventory and ordering. There was one project that enables chat room users to organize and place a group lunch order from within the chat room. Another hack, iFridge, uses sensors to turn a regular refrigerator into smart fridge that knows when you are adding or removing an item and renders that information to a dashboard on your laptop (or other device), and subsequently tracks your nutrition. Another project, a hack built by Andrew Pinzler, helps MTA riders identify restaurants that are along their route home and order for pick up. He made use of one of the tools Ordr.in recently made available.

“I wanted to include the ability to order ahead…so when you get off the subway [your pickup order] is already ready,” says Pinzler. “All the ordering and displaying of menu information is pretty much built into that mustard functionality.”

The “mustard functionality” he’s referring to is the Ordr.in module it just released. It’s a free (available on Github) javascript library that a developer inserts into their page and makes requests of the Ordr.in API. A user just needs to have a server set up that can handle the API requests.

“Mustard handles the complexity of rendering a restaurant list, interactive menu page and order confirmation page and simplifies it to just including a few lines of javascript on your page,” says Ricky Robinett, Ordr.in’s Senior Hacker and API Product Lead.

So, in the case of Pinzler’s hack, users can see what restaurants are on their way home and by clicking on one of them, a screen pops up with the restaurant’s menu and you can order directly from it. I ask Andrew how long it would have taken to build something like that without using the Mustard module. He laughs. “That would be a hackathon all by itself,” he says. 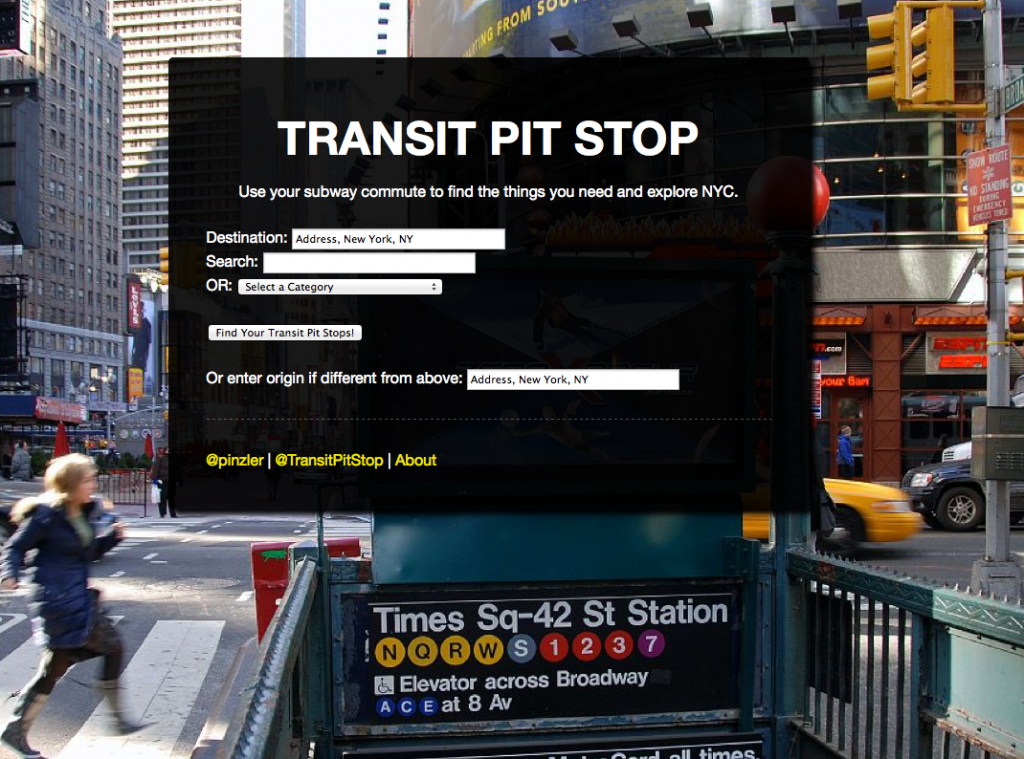 Since the hackathon, Pinzler, who by day works for BBC Worldwide as a product manager, says he’s incorporated a lot of feedback and renamed the service Transit Pit Stop to more accurately describe what it’s capable of (e.g., finding comedy clubs on the way home, bars near your subway lines, etc.). He’s also incorporating Yelp and other data sets. The project is online but still under development. It’s not really meant to be a business, just something fun to work on.

“I’m sort of merging publicly data sets, so there’s no real secret sauce…plus, I’m not actually a professional developer,” he says. “In the corporate world getting stuff done takes a long time, at a hackathon, you start with an idea, and in this case in 8-12 hours, you got a functional actual thing.”

In addition to “Mustard,” the Ordr.in team also launched “Tomato,” and forthcoming are “Lettuce” and “Cheese.” Tomato basically allows developers to store data and use it in the other modules, and Lettuce and Cheese provide developers easier access to things like check out functionality and user profiles and payment management.

Who knew data could be delicious and taste so much like a hamburger.