Infographics of the Week: Nielsen Report on Global Food Labeling

This week’s infographic is a series of charts and graphs with fascinating information culled from an online survey by Nielsen of more than 25,000 people from 56 countries.

The information was collected online – which means that the affluence of the respondents was likely quite high. But one of the most interesting findings was that a very large percentage of people on every continent feel they are overweight. 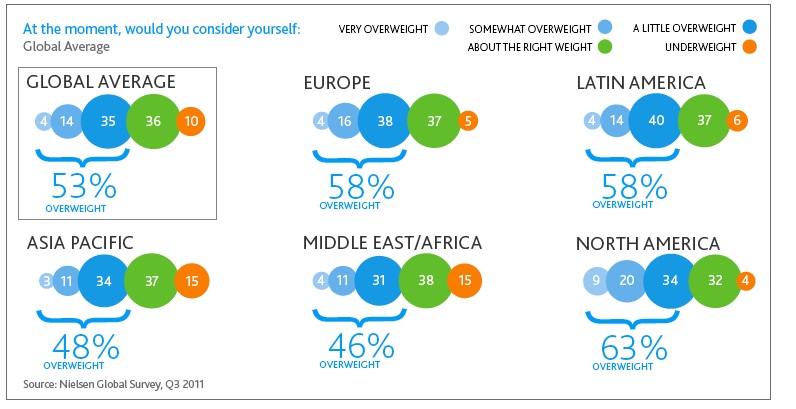 Additionally, only part of the global population feels they understand information on nutritional labeling. 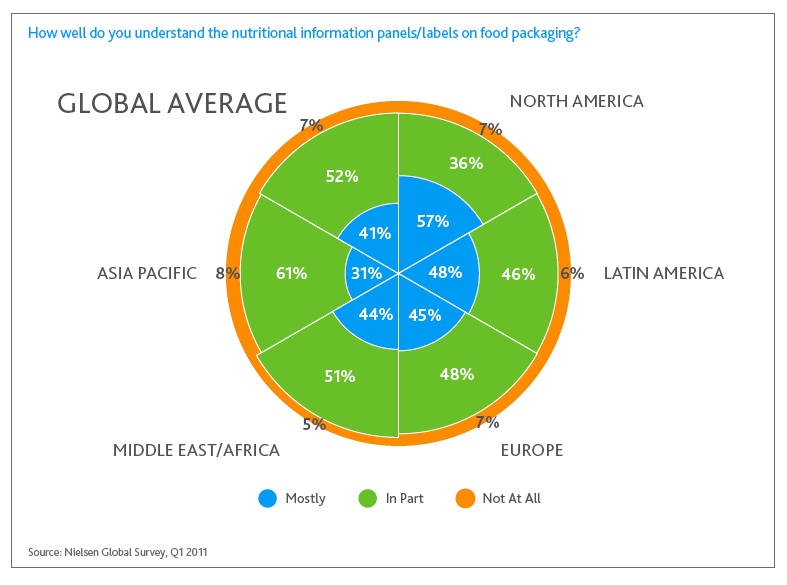 And perhaps most interestingly, most people feel that labels are at best only “sometimes” accurate and truthful.  Looks like those in the U.S. aren’t the only ones confused by the words “all natural,” “real fruit,” and “fresh.” 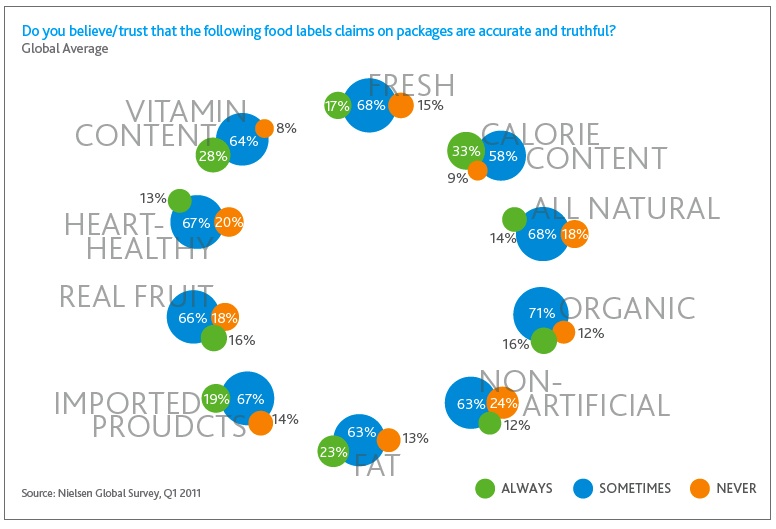 About the Author
Beth Hoffman has reported on food and agriculture for ten years, airing on NPR, The World, Latino USA, Living on Earth, KUER and KALW , and studied the food system in depth as a fellow and co-lecturer in the Africa Reporting Project at UC Berkeley’s School of Journalism. Hoffman competed a year long documentary project cooking with immigrant women in their homes, has traveled to India, Uganda and Ethiopia to report on rice production and chicken farming, and did a multipart series for KUER on the artistic, cultural and environmental connections we have to food. In addition to spending many hours on-farm in Utah, California and abroad, Hoffman also married into an Iowa farm family and is currently working with her husband to slowly convert the land into a sustainable orchard and hog farm. She currently lives in Albany, California. Hoffman’s previous work can be found on her website at bethaudio.com.
Previous Next
Europe, food labeling, food tech, fresh, global survey, natural, nielsen, overweight, real fruit, report, survey