Infographic of the Week: Direct Marketing of Local Foods

“Local food” seems to be all the rage – but how big of a trend is it and how is selling locally working out for small scale farmers?

The USDA report Direct and Intermediated Marketing of Local Foods in the United States looks at these questions and more.

The report lays out information collected in 2008 on the growing local food industry: 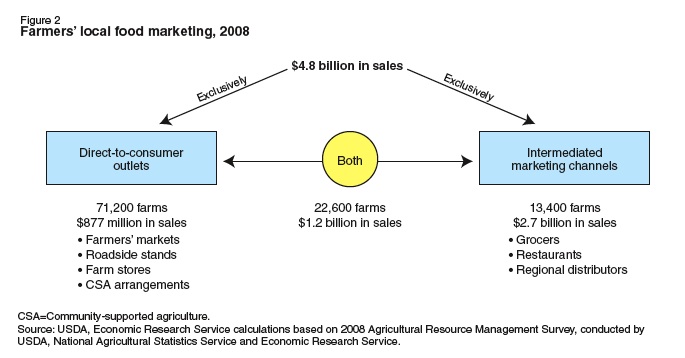 Farm size dictates how local products were sold.  Large farms with annual sales over $250,000 accounted for 92 percent of the intermediated sales recorded (products sold at grocery stores, restaurants and distributors), while small and medium-sized farms exclusively relying on direct-to-consumer channels accounted for 73 percent of these sales.  Community Supported Agriculture (CSA) only accounted for 1% of small farm sales. 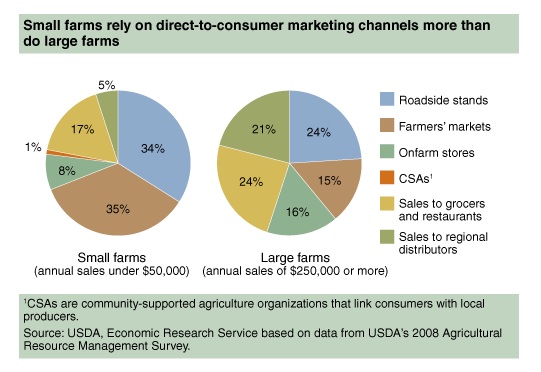 Yet because of the lack of infrastructure and appropriate technologies, direct sales still take more time and energy than those mediated by middlemen. 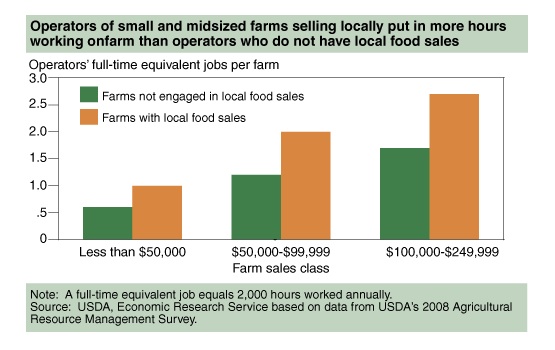 About the Author
Beth Hoffman has reported on food and agriculture for ten years, airing on NPR, The World, Latino USA, Living on Earth, KUER and KALW , and studied the food system in depth as a fellow and co-lecturer in the Africa Reporting Project at UC Berkeley’s School of Journalism. Hoffman competed a year long documentary project cooking with immigrant women in their homes, has traveled to India, Uganda and Ethiopia to report on rice production and chicken farming, and did a multipart series for KUER on the artistic, cultural and environmental connections we have to food. In addition to spending many hours on-farm in Utah, California and abroad, Hoffman also married into an Iowa farm family and is currently working with her husband to slowly convert the land into a sustainable orchard and hog farm. She currently lives in Albany, California. Hoffman’s previous work can be found on her website at bethaudio.com.
Previous Next
agriculture, Community-supported agriculture, CSA, Direct and Intermediated Marketing of Local Foods in the United States., direct sales, farm marketing, intermediary sales, small scale farms, USDA