Infographic of the Week: Halloween by the Numbers

The History Channel created an elegant infographic about Halloween (yes, elegant – look at the colors!) detailing everything from the number of children who trick or treat, to the weight of all the pumpkins grown in the U.S.

But some of the data used in the graphic is not current.  According to U.S. Census data, there are now almost 37 million children ages 5-13 available for trick-or-treating, and producers grew 1.1 billion pounds of pumpkin this year (with Illinois leading the nation). Our candy consumption is up to almost 25 pounds a year now, and according to the National Retail Federation (NRF) and BIGresearch Americans will spend $72.31 on Halloween decorations, costumes and candy in 2011, up 9% from $66.28 last year. 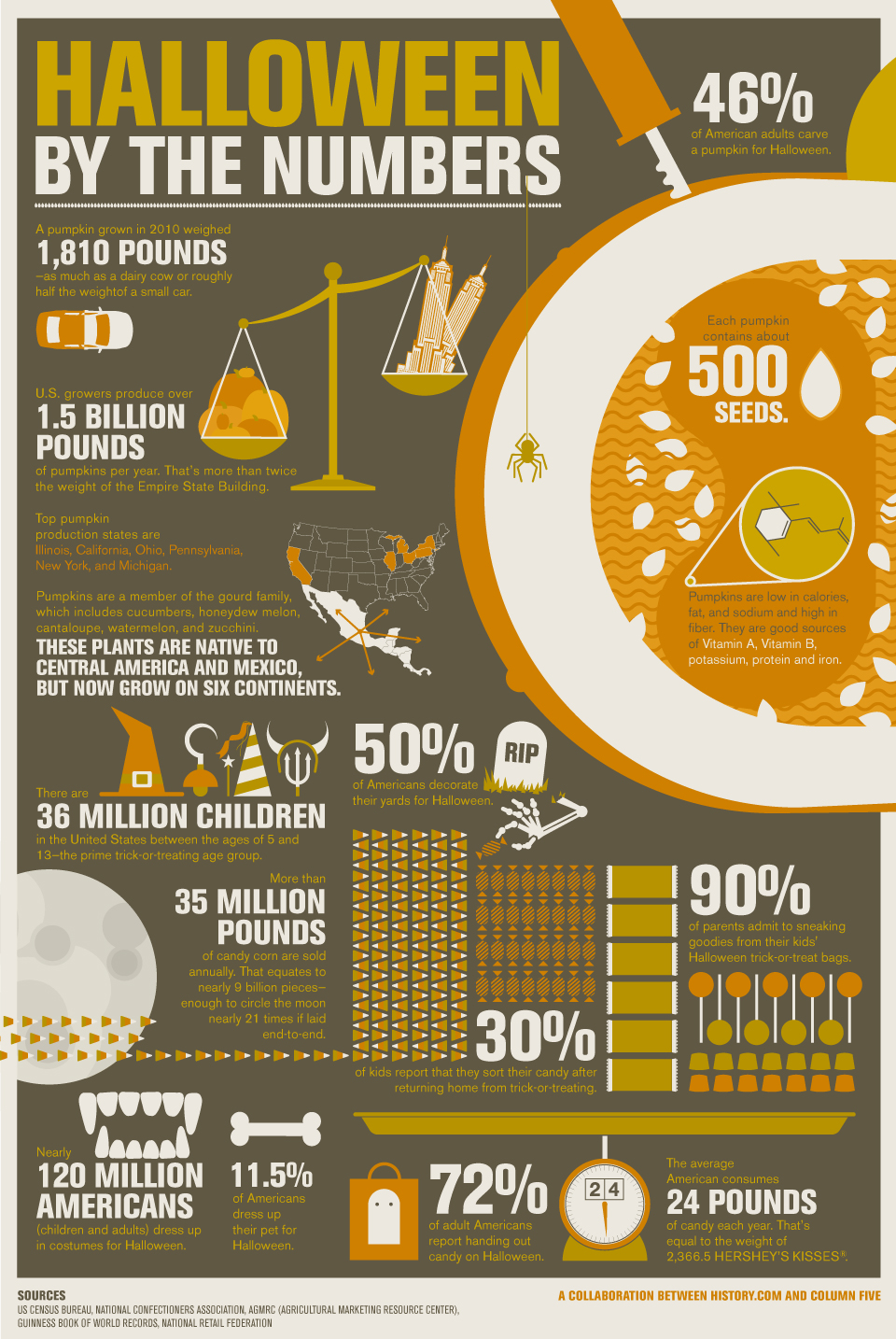 About the Author
Beth Hoffman has reported on food and agriculture for ten years, airing on NPR, The World, Latino USA, Living on Earth, KUER and KALW , and studied the food system in depth as a fellow and co-lecturer in the Africa Reporting Project at UC Berkeley’s School of Journalism. Hoffman competed a year long documentary project cooking with immigrant women in their homes, has traveled to India, Uganda and Ethiopia to report on rice production and chicken farming, and did a multipart series for KUER on the artistic, cultural and environmental connections we have to food. In addition to spending many hours on-farm in Utah, California and abroad, Hoffman also married into an Iowa farm family and is currently working with her husband to slowly convert the land into a sustainable orchard and hog farm. She currently lives in Albany, California. Hoffman’s previous work can be found on her website at bethaudio.com.
Previous Next
BIGresearch, candy, candy consumption, costumes, decorations, Halloween, National Retail Federation (NRF), U.S. Census