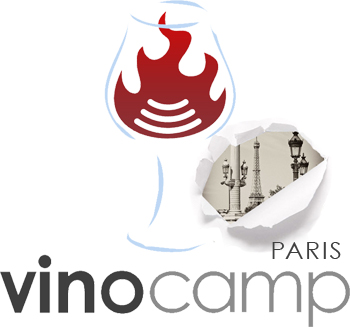 The French wine ecosystem is undergoing a revolution. Through technology, growers, processors, distributors and consumers are able to quickly and easily access information and communicate with each other. Apps, blogs and websites are forever changing the way the wine industry does business.

One year ago, Anne-Victoire Monrozier and Grégoire Japiot, a wine company owner and a tech professional, decided to create a BarCamp – an open, participatory, workshopping event – to gather together the various actors within the wine sector. The idea was to create a space to discuss the difficulties the new technology could present, and the opportunities it could create. Thus, Vinocamp was thus born.

Anne-Victoire – also known as MissVickyWine – is a co-organizer of the event and answered my questions.

Jérome Seillier: Can you explain to us – what is Vinocamp?

Anne-Victoire Monrozier: Vinocamp is a BarCamp dedicated to wine and information technology. As you may know a BarCamp is a user-generated conference that appeared on the tech scene some years ago. We decided to use this type of format because we wanted to maximize the sharing of ideas. Vinocamp is not a conference, it’s a place to discuss how the technology can help to promote the passion of wine. This last edition took place in Paris on October 24, 2011.

JS: What was the inspiration behind this approach?

AVM: Gregoire and I realized that a lot of things occur on the web with blogging, social media, e-commerce, and that the wine market has encountered a lot of changes. However there was no event gathering people from the tech scene and the wine scene together. The first edition took place in July 2010 and a lot of bloggers, developers and representatives of e-commerce participated, but there was not enough winegrowers, in our opinion. So we decided to visit different French regions to be closer to them and that worked. We travelled almost all over France. We went to Bourgogne, Bordeaux, Languedoc and we even visited Portugal to meet cork producers and local winegrowers.

JS: Could you explain us, what is a typical day at Vinocamp?

AVM: At first, everybody introduces themselves very quickly. Then, about ten workshops dedicated to different topics are spontaneously written by participants on a white board, and people go to work on each. After several sessions, a representative of each group gives an oral sum-up of the discussion. The day ends with a live tasting and a dinner and we enjoy a Sunday in the vineyard. We make sure to pick a winemaker that is active in social media.

JS: Can you give us an example of a theme which was debated?

AVM: We talk a lot about the new role of blogs, web and mobile apps in the wine promotion or wine tourism. We try to innovate, introducing producers of content with producers of wine – users and creators of apps.

JS: Do you have a particular message to send to the readers of Food+Tech Connect?

AVM: Yes of course. I know there is a lot of international events about wine and technology that come out of US. For example, we all participated to the Cabernet day created by Rick Bakas. But as far as I know there was no american Vinocamp yet. We’d be pleased to participate or organize one there… so if anybody is interested let us know !

About the Author
Jérome Seillier is project manager at Bearstech, a company specialised in software development and R&D in which he is involved on project related to connected cooking device. He has a passion for a long time for gastronomy and new technology that he shares in his blog techfood.fr.
Previous Next
Anne-Victoire Monrozier, BarCamp, blogging, e-commerce, food startup, food startups, food tech, food tech startup, Grégoire Japiot, Miss Vicky Wine, Social Media, VinoCamp, wine, wine and information technology