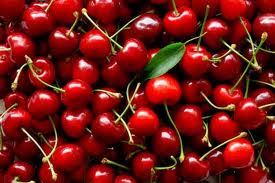 The recent cantaloupe contamination underscores the need for better data about our food’s journey from farm to table. With over 76 million cases of food borne illness, costing $152 billion a year, consumers want information to ensure their own health and well being, while businesses need data to rebuild and maintain public trust.

Yesterday IBM and N2N Global announced the use of traceability technology that will help ensure fruit processed, shipped and delivered by national farmer cooperative Cherry Central is handled according to government and company standards.  It will also allow the company to respond quickly in case of an emergency.

The system traces fruit post-harvest as it travels through processing and is transported to stores, restaurants and within the food industry.  Additionally the IBM’s system will also link information concerning food quality and compliance to a shipment’s bar code, creating a dynamic and comprehensive data set useful for company and industry analysis.

“If you have apple sauce, for example, and you want to trace it to the farm, we can do that,” says Randy Odom of N2N Global, the company providing customization, implementation, and training for Cherry Central.  “But we can also track the food safety and quality as well. We can track things like if the fruit was up to the company’s caliber, if sanitation requirements were followed, or if there was a deviation, what corrective actions were taken.”

Odom adds that tracking produce so closely is not only comforting to consumers and those who use Cherry Central’s ingredients. Being able to quickly access information and to use analytical tools to track trends or issues internally also helps to increase efficiency and productivity within the company.

But perhaps most importantly for busy food professionals, using the IBM system is also now paperless.  Previously companies – particularly organic producers required to track food by law –  did at least a large part of that process by hand, says Odom, taking note of shipments, quality standards and processing on complicated checklists, and later entering the data into a system.  Digitizing the data also now lowers response time in case of contamination, and allows consumers to access information about the food they eat by simply calling customer service.

Currently the system adopted by Cherry Central does not include information collected on-farm, such as adherence to pesticide regulations and water usage.  But the IBM system has the capability to do so, says Odom, making it the only fully digitized product of its kind.

Information on the IBM system is tracked with the same bar codes used at point of purchase, but is proprietary and currently used only internally at Cherry Central.  Ideally traceability data collected by cooperatives and other agricultural businesses could be opened to the public in the future, allowing for a better understanding of the food system, and adding to the agricultural knowledge base.

In the meantime, the partners see their use of tracking technology as an efficient and important investment in the relationship the company has with the public.  It also might be helpful in informing consumers about the importance of knowing where and how our food is processed and distributed, in addition to “knowing their farmer.”

About the Author
Beth Hoffman has reported on food and agriculture for ten years, airing on NPR, The World, Latino USA, Living on Earth, KUER and KALW , and studied the food system in depth as a fellow and co-lecturer in the Africa Reporting Project at UC Berkeley’s School of Journalism. Hoffman competed a year long documentary project cooking with immigrant women in their homes, has traveled to India, Uganda and Ethiopia to report on rice production and chicken farming, and did a multipart series for KUER on the artistic, cultural and environmental connections we have to food. In addition to spending many hours on-farm in Utah, California and abroad, Hoffman also married into an Iowa farm family and is currently working with her husband to slowly convert the land into a sustainable orchard and hog farm. She currently lives in Albany, California. Hoffman’s previous work can be found on her website at bethaudio.com.
Previous Next
analytic tools, Cherry Central, food safety, food tech, food technology, IBM, N2N Global, Randy Odom, traceability, traceability technology