FOOD 2.0 is a day-long series of panels that will bring together professionals interested in the future of food and will promote discussion about  how technology is shaping the way we interact with and produce food. The panels will explore food data sharing and standards, the future of food reviewing, open source food, and the social kitchen. Full agenda available here. 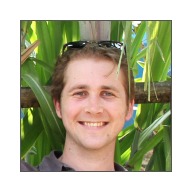 In particular, Phil helps to facilitate collaboration between cities and other government bodies on the development of open standards and best practices for civic technology and open government initiatives. Phil helped launch the non-profit Civic Commons with a focus on developing a community knowledgebase around civic technology. He has also been leading the development of the Open311 standard so that cities can leverage web enabled 311 services in an open and interoperable way.

Phil also has a keen interest in improving the interconnectedness of local production and distribution networks like food systems. Currently, he is helping to develop open source software to run food cooperatives. 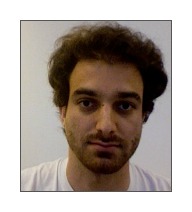 Devin Balkind is a director of Sarapis Foundation, a nonprofit orgnaization that supports the development and deployment of free/libre/opensource (FLO) solutions people can use to create wealth and wellness for themselves and their communities. Devin’s primary focus is leveraging FLO solutions to disintermediate relationships between urban and rural communities to create an environment conducive to the emergence of regional gifting networks. Before starting Sarapis, Devin founded BEEx.org, a FLO grassroots fundraising platform. 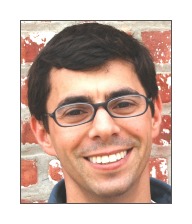 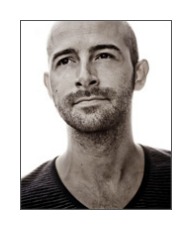 As the digital product manager at Clean Plates, Niles is working to bring the previously print-only “guide to healthy and sustainable restaurants” online. He builds databases, websites, mobile apps, APIs and other tools that the team of researchers at Clean Plates uses to collect and catalog over 300 data points per restaurant. This effort is helping to create the definitive “eat here, it’s healthy” seal for restaurants and menu items.

CleanFormat.org is an open community initiative to expose food related data in a standardized format so that more developers may build apps that direct people to nutritious and delicious food.

My work is social tools and their impact on media, business, and society. I am a researcher, analyst, and advisor, principally known for my writing and the thinking behind it. I serve as an advisor to a short list of innovative social tools companies, principally focused on product direction and strategy.

Amy Cao is Head of Community at Foodspotting, a website and mobile app that shows you recommended dishes wherever you go. She is a writer, food blogger and creator of Stupidly Simple Snacks, a popular web show for non-cooks. Follow her on Twitter @amyblogschow. 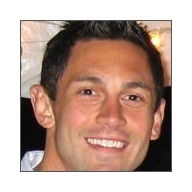 Wiley Cerilli is the CEO and Founder of SinglePlatform, a one-stop service for managing a local business’ entire web presence from their website to their profile pages across hundreds of sites.

Prior to SinglePlatform, Cerilli was the EVP of Sales at SeamlessWeb, and was on their executive management team since 2000, helping them to become the 4th Fastest Growing Company in the Country by Inc, and the fastest in New York for three years. SeamlessWeb was acquired by Aramark, and since Cerilli left to start SinglePlatform. 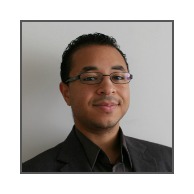 Ryan Charles is the founder of Consmr, a social destination to rate and share consumer packaged goods. Consmr has been called “Yelp for the grocery store” by Business Insider and The New York Observer. Prior to founding Consmr, Ryan was Head of Mobile for Zagat where he revitalized their mobile and social presence with all-time top selling iPhone and iPad apps in addition to building brand partnerships with Foursquare and Foodspotting. He has been interviewed by the New York Times, The Wall Street Journal, TechCrunch and other major media outlets. Ryan is a frequent speaker at technology events including ones for Ad Age, Harvard Business School and Social Media Week. 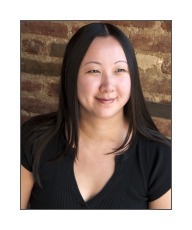 Eunice Chou is CEO and Product Lead of Flavorize.com, a site that learns about a user’s tastes and recommends great dishes at restaurants tailored for them. Prior to Flavorize, Eunice was an avid foodblogger (http://nycrumbs.com), co-founded a cross-device behavioral advertising platform, worked on advertising in games at Massive (which was later acquired by Microsoft), did a short stint at Merrill Lynch and started an indie video game development studio. 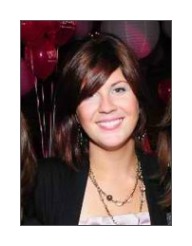 Colleen evangelizes Yelp on the East Coast on over to Chicago, leading a team of community managers in New York City, Chicago, Boston, Washington DC, Philadelphia, Providence, Pittsburgh and Baltimore. After graduating from Loyola University Chicago in 2005, and a two-year stint as marketing director for a robust boutique real estate services firm, Colleen followed her passion for Chicago (and Yelp!) by signing on as the Chicago Community Manager in February of 2008. Thereafter she became the Midwest Regional Director, and most recently relocated to New York to lead marketing efforts and help facilitate communities large and small for Yelp. Read all about Colleen’s most recent urban adventures at colleenyelp.yelp.com. 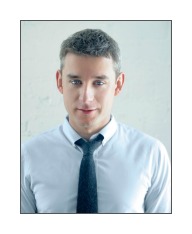 Nick Fauchald is the editor-in-chief of Tasting Table, an epicurean daily email that launched in October 2008 and has grown to nine editions. Nick was previously an editor at Food & Wine, and Wine Spectator magazines. His work will be featured in the upcoming Best Food Writing 2011. He’s also written a series of children’s cookbooks. 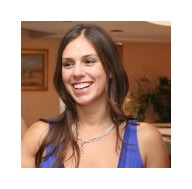 Over the past year, her cross-disciplinary events have connected over 850 changemakers, including representatives from IBM, USDA, institute, O’Reilly Media, Nike, Agchat Foundation, Gourmet Live, GOOD, and Kauffman Labs. She is a contributor to Grist and her work has been covered in GOOD, The Atlantic, front page of Google News, techPresident, TechCrunch, PSFK, Grub Street, Serious Eats, Gothamist, Gizmodo, and ’s Link of the Day. 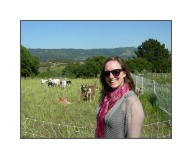 Elizabeth McVay Greene is a founder of Plovgh, the neighborhood farmstand. She focuses on the role that technology can have in enabling a healthier food system, for people and the environment. While a graduate student at MIT, she worked with organizations ranging from a start-up in India that certifies small organic farmers and exports cotton and spices, to multinationals designing sustainable agriculture strategies. She helped launch the MIT Food and Agriculture Collaborative, and is the organizer of the Food+Tech group on Meetup.com. Her commitment to food springs from a long-held love of the land and concern about human beings’ ability to sustain themselves and their environment for generations to come. Elizabeth has a B.A. from Columbia University and an M.B.A. from MIT Sloan School of Management.

Amanda Hesser is the co-founder of food52.com. Hesser, a longtime food columnist and editor for the New York Times, has also published a number of books. Her most recent book, The Essential New York Times Cookbook, is a bestseller. For more about Amanda Hesser, visit www.food52.com 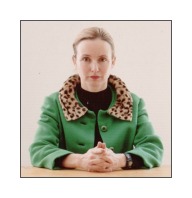 Bridging the technical and art worlds, Natalie Jeremijenko creates socially conscious experiences that make change, both directly and indirectly. As director of the xDesign Environmental Health Clinic at NYU, she helps prescribe creative health solutions for the environment that are carried out by enthusiastic volunteers. As a professor in NYU’s Visual Art Department, she creates and supervises real-life projects for her students like HowStuffIsMade (a website that details how everyday objects are created) and Feral Robots (packs of robot dogs that have been hacked to monitor pollution or even act as breathalyzers).

Her individual work has been exhibited in the MASS MoCA, the Whitney Museum, and the Cooper-Hewitt Museum, and she is part of an artists’ collective called the Bureau of Inverse Technology. Past projects include the Despondency Index — a motion detector camera was installed on San Francisco’s Bay Bridge to record suicides, which were then graphed in relation to stock market data. Jeremijenko was named as a 1999 Rockefeller Fellow, one of the 40 most influential designers by I.D. Magazine and one of the Top 100 Young Innovators by MIT Technology Review. She was included in both the 2006 Whitney Biennial of American Art and the Cooper Hewitt Smithsonian Design Triennial 2006-7. 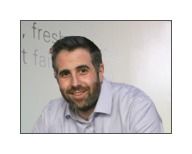 Mike is the co-founder of Gojee.com, a recipe discovery site that curates content from food writers across the world and gives you targeted suggestions based on what you have at home. In past lives he was a soldier and a banker. He blogs at www.warandtheentrepreneur.com. 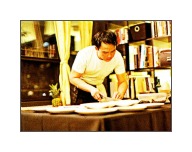 Mike Lee is the founder of Studiofeast, an invitation only culinary collective that focuses on creating new gastronomic experiences. Our events are a platform for new ideas in dining and we express ourselves through our food and social gatherings. Above all, we’re firmly rooted in the spirit of fun and the pursuit of a great time. 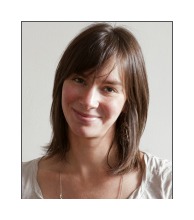 Sarah A. Maine is a Co-Founder and Editor of RecipeRelay, an online hub for seasonal recipes and a forum for sharing seasonal cooking experiences. She is a member of the Queens Harvest Food Co-op Finance Committee and an active participant in New York City’s local food community. Sarah holds a Green MBA from Antioch University New England. 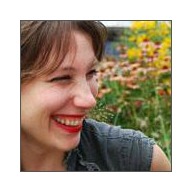 Britta Riley is an artist and entrepreneur. Her environmental artwork has been shown at MOMA, The Whitney Museum of American Art, Kiasma Center for Contemporary Art (FI), Ars Electronica, and Arkitekturmuseet (SE). Two years ago, she launched the Windowfarms Project, an experiment in mass collaboration to reduce the environmental cost of fresh food production in cities.  The Windowfarms Project uses a process called R&D-I-Y, or research and develop it yourself, wherein thousands of people openly help design low power vertical hydroponic gardens to grow food in their home & school windows without soil. The Windowfarms Project now has 20,000 participants worldwide and has evolved into a citizen science project for urban agriculture. 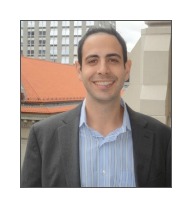 Ryan Scott is Chief Marketing Officer of SeamlessWeb, a division of ARAMARK Corporation, and a member of the company’s Executive Leadership Team.  He joined SeamlessWeb in 2010. Ryan leads all aspects of marketing globally, including customer acquisition and branding and loyalty activities across the B2B, B2C, and restaurant partner segments.  Ryan is also a member of ARAMARK’s Executive Leadership Council.

Prior to joining SeamlessWeb, Ryan was the Director of Interactive Marketing and Customer Communications at DirecTV, where he led customer marketing, communications and launched social media for the company. Previously, he held management roles at American Express, including key marketing positions across digital marketing and strategy in the Global Interactive Marketing group.  He launched an array of innovative consumer products and services through unique marketing initiatives, and expanded American Express’s advocacy efforts on behalf of card members.

Prior to AMEX, Ryan was also the Director of Online Marketing at TheStreet.com, and worked at Digital Impact (now called Acxiom Digital), an online direct marketing agency, where he managed strategic accounts such as Priceline, Pch.com, Coach, Fidelity Investments and MasterCard. 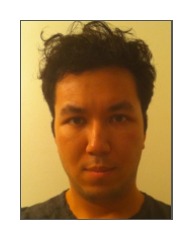 Lev Steshenko co-founded Campusfood.com in 1998 upon graduating from the Wharton School at the University of Pennsylvania. The site is generating over $60 million in food sales a year across hundreds of college campuses. More recently as CTO launched Allmenus.com which serves up over 250,000 restaurants’ menus in the US. 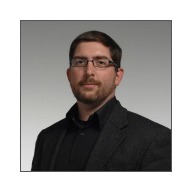 By day, Will is the VP of Technology & Invention at R/GA , but after hours he makes digital products, cooks food and finds new and interesting ways to combine the two.

Last year, he worked with writer to release an iPhone and Android version of “Ratio”, a companion to Ruhlman’s best-selling book, Ratio: The Simple Codes Behind the Craft of Everyday Cooking. This year, the pair launched “Bread Baking Basics,” the first in a series of cooking apps designed for tablets and phones.

He lives in Brooklyn with his wife, a garden and a bee hive. Follow him @wubbahed.

About the Author
Danielle Gould is the founder of Food+Tech Connect. Connect with her on Twitter, Google+, or Linkedin.
Previous Next
food2.0