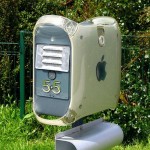 I’ve started a weekly newsletter to help you keep up-to-date about interesting events, companies, and research that are changing the way we produce, distribute, and consume food. My goal is to help you get your week started off right with deliciously interesting food+tech bites delivered right to your inbox. I have posted this week’s newsletter below and here is a link to last week’s.

I would really appreciate if you could take a moment to provide some quick feedback about what information is most interesting and useful to you.


Have an idea, feedback, or an upcoming event you would like to share with the community? I would love to hear from you at danielle [at] foodtechconnect [dot] come.