Cooking for Geeks: According to O’Reilly Media, “If you’re a programmer, hacker, or maker who is interested in learning how to cook, this book is for you.” The book is for anyone interested in experimentation in the kitchen and understanding reactions in cooking. The app offers the full book and includes all of the stanza features. 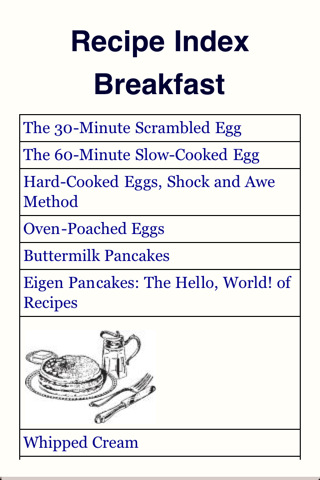 Martha Stewart Cookie App: Martha Stewart announced the release of a new iPad cookie app, last weekend at the New York City Food and Wine Festival. According to Slashfood, features will include: “photos that practically make you smell chocolate, and a roulette-wheel-style cookie-recipe finder that lets users choose by ingredient, type, flavor or cooking tool. And in case you don’t have a gingerbread-man cookie cutter, the app also lets users connect directly to Macy’s online shopping site to buy necessary equipment.”

Foodmatic: New cooking app that uses a built-in database with hundreds of ingredient to determine what flavors and foods compliment one another. 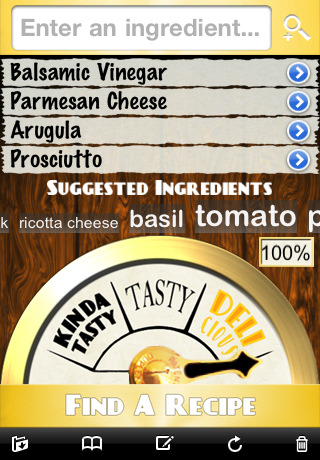 FOOD & WINE iPad App: New app offers digital issues including bonus recipes, video cooking lessons, wine advice, and entertaining ideas. FOOD & WINE’s Dana Corwin told eater, “We really rethought everything about how a recipe should work on an iPad, which is complicated because you really want it to be useful.”

Ikea Kondis: Ikea just released a new and kind of amazing app that compliments their recently released baking cookbook: Hembakat är Bäst (Homemade Is Best). What’s rad about it? It allows you to pick a dessert you would like to make, then select what form of exercise you would like engage in to work off the indulgence.

About the Author
Danielle Gould is the founder of Food+Tech Connect. Connect with her on Twitter, Google+, or Linkedin.
Previous Next
apps, data, food, foodtech