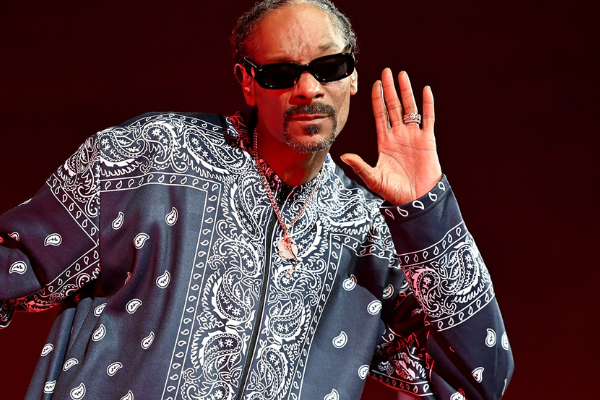 Snoop Dogg joined the NFT restaurant craze this week with news that he’ll open his own “immersive retail dessert experience” using his Bored Ape Yacht Club avatar as inspiration. Meanwhile, a bunch of tech CEOs are launching a high-end NFT-themed restaurant in 2023 in San Francisco, and newsletter Expedite breaks down exactly what you get for spending several hundred dollars on food-themed NFTs.

In the world of indoor farming, workers at Kimball Musk’s vertical farming company in Brooklyn are trying to unionize. It may be an uphill battle.

The rapper and NFT enthusiast has teamed up with Food Fighters Universe and will launch a new restaurant, Dr. Bombay’s Sweet Exploration, in Los Angeles. The team behind the Bored&Hungry NFT restaurant is also behind this concept.

Speaking Boldly, Cowin’s new print zine that shares a name with her podcast, features women in food. The zine, which Cowin is publishing herself, can be ordered online.

The foodtech and alternative protein investor’s fund will target around 15 investments with an average check size of $15 million.

4. San Francisco Gets Its Own NFT Restaurant – Eater

The project comes from SHŌ Group and will include a high-end Japanese restaurant, members only club and food market. The whole package is expected to debut in 2023.

Plant-based ice creams more popular than ever thanks to advances in technology innovations. Experts weigh in on which ones to try.

It’s nearly impossible to eradicate bugs during the food manufacturing process, and your average chocolate bar contains around eight insect parts. The USDA deems this safe for human consumption.

The Indonesian startup will use its Series B funds to build out its team and expand delivery of groceries and consumer goods to more locations.

Urban farmers at Square Roots in Brooklyn are petitioning to form a union to have a louder voice in the workplace. Given other efforts to unionize Musk-led companies, these workers may face an uphill battle.

Planting trees is a cost-effective way to remove carbon from the atmosphere, but companies that rely on the practice to offset emissions risk merely kicking the carbon problem to future generations.

Writer Barb Leung takes over the Expedite newsletter to share her take on several of the most popular food- and restaurant-themed NFTs out there.

11. Ukraine Is Struggling to Export Its Grain, and Here’s Why – Wall Street Journal

Ukraine is expected to produce around 30 million tons of commodity crops this year even as war rages. A Russian naval blockade of Black Sea routes is forcing growers to seek alternative shipping options to export that grain and avoid global food shortages.

12. Why Fertilizer Prices Are Soaring – The Economist

Farmers’ profit margins are getting squeezed by skyrocketing fertilizer costs caused by Covid-19, supply chain issues, and war. Prices are expected to stay high — and wreck havoc on harvests in the process.