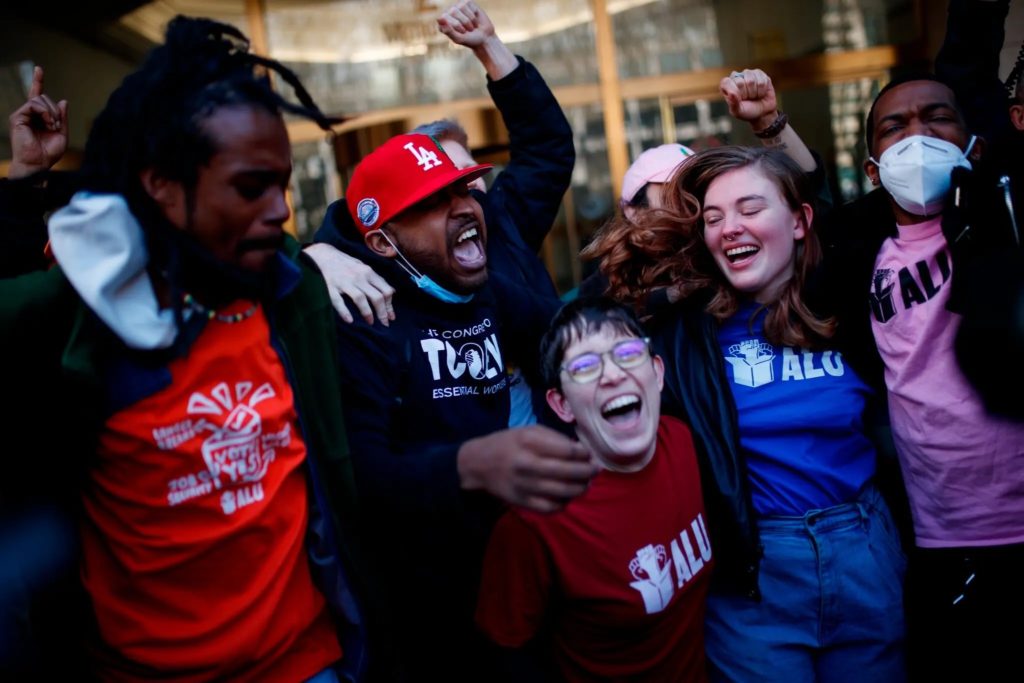 A handful of employees at Amazon’s massive warehouse on Staten Island, operating without support from national labor organizations, took on one of the most powerful companies in the world–and won. Meanwhile, six Starbucks stores have won their union campaigns, providing major insight into the future of the American labor movement.

Plant-based sales hit $7.4 billion in 2021, growing at a rate three-times greater than all other food in the grocery store.

Meanwhile, soaring diesel prices are rippling through the global economy, straining costs at every step of the supply chain and making their way to shoppers.

Despite heavy lobbying by the company, workers at the facility voted by a wide margin for a union. It was seen as a rebuke of the company’s treatment of its employees.

Plant-based grew at a rate three times greater than all other food in the grocery store, which had a 1.8% growth rate last year. Plant-based milk leads the way when it comes to dollar sales, now representing 16% of the entire milk category.

Farmers are spending more to keep tractors and combines running. Shipping and trucking companies are passing higher costs to retailers, which are beginning to pass them on to shoppers.

4. War-Fueled Global Hunger Catastrophe on the Way with Solutions Tough to Come By – Forbes

Tens of millions of people, from Europe to Asia, Africa and the Middle East, are expected to go hungry this year due to a grim combination of factors made significantly worse by Putin’s unprovoked war in Ukraine.

The latest report from the IPCC notes that, while eliminating fossil fuels is the first priority, land- and diet-based solutions could provide a quarter of world’s urgently needed emissions cuts.

The mushroom ingredients powerhouse has created solutions that block bitter flavors, reduce salt and enhance protein in food. It plans to expand to Europe, Asia and the Middle East.

The new capital will be used for expansion into new store formats, such as small eateries and roadside shops. It offers tools for small businesses such as inventory management, pricing tools and working capital loans.

Funding will go towards financing the first low-cost and scalable direct air capture process. The company’s aim is to remove one billion tons of CO2 from the environment by 2035.

The LA-based DTC marketplace offers Asian food, skincare products and household goods with over 4k brands. It plans to use funding to open up a warehouse in New Jersey.

12. How Starbucks Workers Unionizing Could Inspire Other Chains to Organize – Eater

Workers at more than 140 Starbucks locations have announced plans to unionize, and at least six of those stores have won their union campaigns, demanding higher wages, better health insurance and better safety protocols during the pandemic.

13. Why 48K California Grocery Workers Have Authorized a Strike – Forbes

Unionized grocery workers have voted to strike in a bid to secure higher wages and safer working conditions in Southern California.

14. What to Know About the Bird Flu Outbreak – New York Times

More than 15m chickens and turkeys from infected commercial and backyard flocks in 19 states have been killed.

The foie gras, which will be made from the company’s mycelium-derived Rhiza protein, will first appear on restaurant menus.