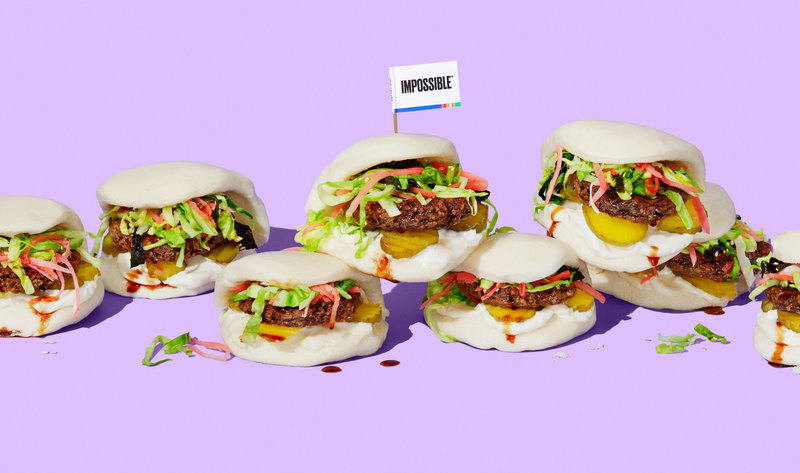 At this week’s CES 2020, Impossible Foods unveiled its version of ground pork, which will be sold as a basic building block for cooking as well as in sausage form. The product will make its debut at select Burger Kings in the US. Meanwhile, China plans to release 20,000 tons of frozen pork from its reserves ahead of Lunar New Year.

With aims to triple its distribution and open up West Coast production, Oatly has partnered with Starbucks for a test run in 1,300 Midwest cafes.

In restaurant news, Grubhub is said to be exploring a sale. Robot pizza maker Zume has laid off half of its employees in order to focus on its food packaging unit.

1. Impossible Adds ‘Ground Pork’ and ‘Sausages’ to Its Lineup of Plant-Based Foods – TechCrunch

The new product will be making its way to select Burger King restaurants in the US. The company has raised $777m to date and is stated to be more than doubling revenues annually.

Aiming to triple its distribution and open up West Coast production, Oatly has partnered with Starbucks to serve as the coffee retailer’s on-premise oat milk supplier for a test run in 1.3k Midwest cafes.

3. Grubhub Said to Explore Sale in Boon to Uber, DoorDash and Others – TechCrunch

Investors, heartened by the news, bid its equity up 17% as of the time of writing, valuing the firm at around $57 per share, or $5.2b.

4. SoftBank-Backed Zume Is Laying Off Half Its Staff and Shuttering Its Pizza Delivery Business – CNBC

The company is laying off 360 employees and creating 100 new positions in its food packaging unit.

Notice of the release comes in the run-up to the Lunar New Year holiday at the end of January, China’s peak period for pork consumption.

Komodo Health’s latest round was led by Andreessen Horowitz. Funding will go towards developing a health care map to fuel everything from more effective drug development to gleaning insights about health disparities across the country.

S2G Ventures, Cultivian Sandbox, Fall Line Capital, Better Food Ventures and Middleland Capital weigh in on what they’re expecting in 2020 and beyond.

Automated warehouses next to stores promise to speed up online grocery orders, helping in retailer’s battle with Amazon.

These seven trends will shape how you eat and drink in the new decade.

The company could seek a valuation of about $1b.

11. Inside the Quest to Bring Fonio Out of Africa and Onto Shelves Around the World – Food Dive

With a new state-of-the-art processing plant about to open in Senegal and a pasteurization plant in North Dakota, Terra Ingredients plans to increase annual exports of fonio in the thousands of tons.

12. In a Burger World, Can Sweetgreen Scale Up? – New York Times

The chain that made salads chic, modular and ecologically conscious now wants to sell you a lot of other stuff.

13. What if Children Ran the School Lunchroom? – New York Times

A new program by FoodCorps and Sweetgreen lets students customize their meals, participate in taste tests and brainstorm ways to redesign their school cafeterias.

Bayer AG, owner of Monsanto, has vowed to appeal all decisions that go against it, stating that the EPA has stated glyphosate is not carcinogenic or a risk to human health. The Trump administration has announced its support for its court challenge.

From “less focus on the center of the plate more on the outskirts” to lab-grown meat, here’s what the trend-casters predict we’ll be eating this year.