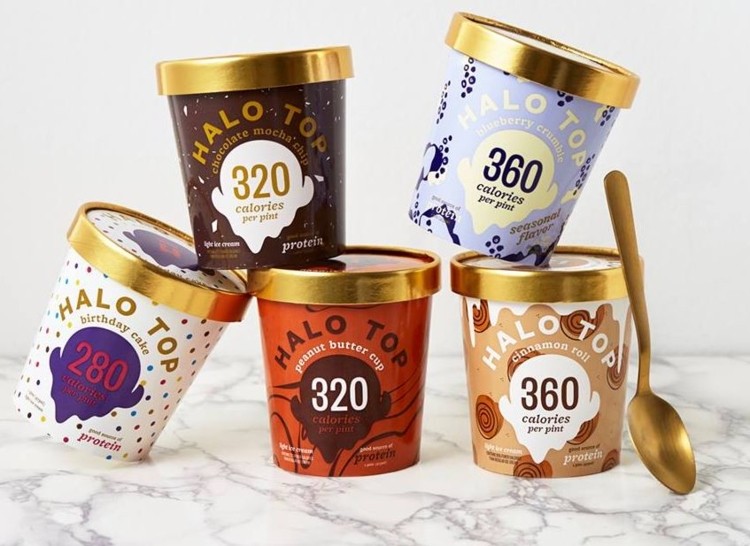 In the realm of alternative meats, Kroger announced the launch of its own plant-based line. Novameat and Redefine Meat both received funding to develop and finalize their 3D printing meat platforms. Just Salad has just announced that it will be removing its beef offering and replacing it with Beyond Meat nationwide. Impossible Foods is set to release a ground “meat” product soon, launching in a city like Miami or Los Angeles.

Financial terms are undisclosed. While Eden Creamery was looking to sell Halo Top for the past couple of years for as much as $2b, Halo Top’s CEO showed little interest in the brand getting acquired by a multinational CPG company.

Goode Partners led the round. Funding will cement the startup’s global expansion, particularly in the US.

Kroger announced a new private label collection, Simple Truth Plant Based. The line will include fresh meatless burger patties and grinds along with plant-based products.

5. A Popular Salad Chain Is Ditching Beef for Good and Replacing It With Beyond Meat – Business Insider

Just Salad’s new Beyond Beef Meatball will be available nationwide as a topping for wraps and bowls. Just Salad will become the first chain to eliminate beef entirely from its menu in favor of a plant-based alternative.

Investors included Novel Private Equity, Mendacre, Ron Burkle, Sam McBride, The Ward Family and more. The funding round coincides with its debut of its checkout system for brick and mortar stores.

7. Simbe Raises a $26M Series A for Its Retail Inventory Robot – TechCrunch

The round was led by Venrock, and will go towards growing its headcount, exploring new markets and accelerating the deployment of its existing robots.

8. Kite Hill, Co-Founded by the Creator of Impossible Foods, Looks to Be Gaining Traction, Too – TechCrunch

The nine-year-old company is sealing up $15m in funding, bringing total funding to $80m.

CPT Capital led the round. New capital will be used to finalize its alternative meat 3D printer and ensure that it hits its timeline release goal of 2020.

Lightspeed Venture Partners led the round. The funds will be used to expand the business, hire more people, increase marketing and create new flavors.

Its first retail product will likely be packaged around ground “meat” and launch in a city like Los Angeles or Miami.

While overall food and beverage grew only 1.7% year over year, natural grew 5% within the same three year period, reaching $47.2b in dollar volume. Organic food and beverages outpace the total market at 2.8% growth.

While overall food and beverage grew only 1.7% year over year, natural grew 5% within the same three year period, reaching $47.2b in dollar volume. Organic food and beverages outpace the total market at 2.8% growth.

Join us at Regenerative AgTech on September 19th to learn about the state of regenerative agriculture and how technology is helping farmers regenerate their soils. RSVP here.