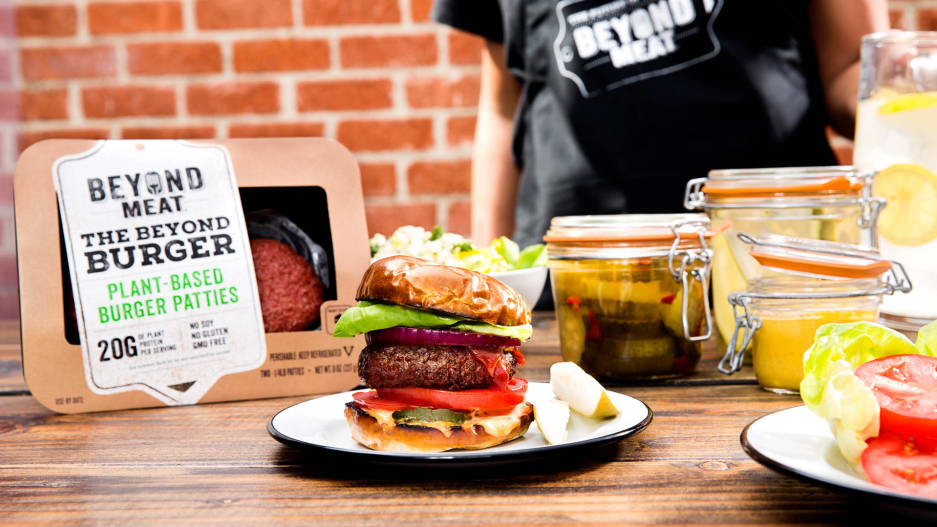 The plant-based and cultured meat space is making moves. The Bill Gates-backed plant-based meat maker, Beyond Meat, has filed for a U.S. IPO with an initial offering size of $100 million. Meanwhile, the FDA and USDA announced the regulatory future of cultured meat.

In a move following the broader trend in Big Food consolidation, Kraft has acquired paleo food maker Primal Kitchen for $200 million. In other news, the New Food Economy published an expose on Epic Provisions’ origin story–how it took credit from a Native-owned business, built an empire on a foundation of misleading claims, promised ranchers investment that never materialized and left an industry struggling in its wake.

Beyond Meat filed with an initial offering size of $100 million, which is a placeholder that’s likely to change.

Primal Kitchen has generated $50m in sales this year. The relatively small deal likely won’t satisfy investors, who have been waiting for Kraft to pursue a transformative acquisition in the wake of its failed attempt to buy Unilever in 2017.

The $500m funding round is not because Deliveroo needs the cash–it’s an effort to strengthen its hand for prospective negotiations with Uber, by increasing Deliveroo’s valuation from $2b to as much as $4b.

Cultured meat products will go through the FDA during its cellular growth process. The USDA will regulate the production and labeling of products.

The plant-based snack industry will grow by a compound annual growth rate of 8.7% from its current value of $31.8b. The growing trend for veganism and vegetarianism is leading the demand.

6. Fail Friday (on a Thursday)

We’ve teamed up with ForceBrands to celebrate failure in all its glory at Fail Friday (on a Thursday). Join us to hear stories of failure and lessons learned from top food entrepreneurs.

Tanka, a Native-owned business, invented the commercial bison bar. But Epic took credit, built an empire on a foundation of misleading claims, promised ranchers investment that never materialized and left an industry struggling in its wake.

The Series B was led by Warburg Pincus. The company says its on track to grow its business five-fold and expand beyond China this coming year.

The round was led by Initialized Capital. The company plans to use the funds for rapid global expansion of its AI-powered autonomous checkout.

Shama Lee has raised funding led by Blackbird Ventures to expand into Australia and beyond.

12. Corvus Insurance Lands a Fresh $10M to Turn Sensor Data into Actionable Info for Its Food and Pharma Customers – TechCrunch

Funding came from .406 Ventures and Hudson Structured, with participation from Bain Capital Ventures.