UNFI Acquires Supervalu for $2.9B, Chef’d is Back in Biz + More 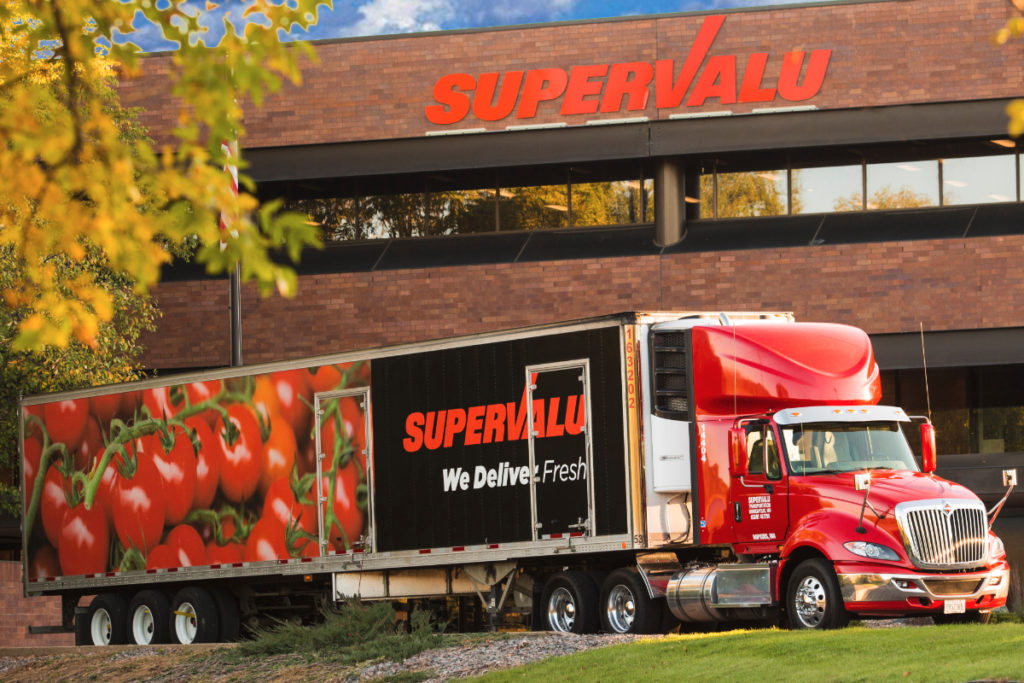 United Natural Foods announced this morning it will acquire Supervalu for $2.9 billion. The development promises to create a one-of-a-kind distributor to service the fast-growth natural and organic channel. Meanwhile, Walmart has just launched a pilot program to allow customers make grocery pickups with the help of an autonomous vehicle.

A week after abruptly shutting operations, Chef’d has been acquired by True Food Innovations, which will suspend its sprawling e-commerce offerings while it works to become profitable by selling the meal kits in stores.

Grubhub is acquiring LevelUp for $390 million cash, allowing it to deepen its integration with restaurants’ point-of-sale systems.

The move will expand UNFI’s perishables business and give it access to important new markets.

2. Chef’d Is Back in Business — but Not E-Business – Supermarket News

A week after shutting operations, meal kit company is acquired by True Food Innovations, a fresh food technology, CPG and manufacturing company. True Food will continue to sell its meal kits in grocery stores, but it will suspend its e-commerce offerings while it works to become profitable.

Founder and CEO Matt Maloney stated the acquisition would allow Grubhub to deepen its integration with restaurants’ point-of-sale systems, allowing the company to handle more deliveries.

Global product introductions with plant-based claims grew at a compound annual rate of 62% between 2013 and 2017. While meat and dairy alternatives continue to drive new product development, colors, sweeteners and flavors derived from plants are burgeoning.

5. Trump’s USDA Announces $12B in Farmer Relief from His Tariffs. But What Are We Going to Do with All These Soybeans? – New Food Economy

The majority of the subsidies will go to soybean farmers. The direct payments are intended to bridge the gap until new trade partners are found.

Walmart and Waymo — formerly Google’s self-driving car project — announced on Wednesday the launch of a pilot program that will allow consumers to make their grocery pickups with the help of an autonomous vehicle.

Funding was led by True Ventures and Collaborative Fund. The company’s first product is a “salmon” burger. It plans to use the new capital to expand its team and develop more sustainable protein products.

8. Grocers Are Failing to Meet $20B Consumer Demand for Local Food – AgFunder

While the demand for local food has never been greater, many grocers are ill-equipped to serve customers who are willing to pay more for quality food that supports their local economy.

The private equity firm Alliance Consumer Growth previously invested in brands including Way Better Snacks, Krave, Suja and Clio. The firm will maintain its focus on emerging brands in the food, beverage, beauty and restaurant space.

Through its Krispy Kreme Doughnut business, JAB Holding is acquiring the New York-based cookie delivery company for an undisclosed sum.

The restaurant critic whose curious, far-ranging, relentless explorations of his native Los Angeles helped his readers understand dozens of cuisines and helped the city understand itself, died on Saturday.

12. Flash Boys on the Farm? Arms Race Is Unleashed Over Crop Data – Bloomberg

The USDA ended its decades-long policy of giving journalists data first, and instead posting directly on the web. The development is the latest sage for crop markets that have high-speed algorithms taking over slower human counterparts.

The Trump administration is resisting the World Health Organization’s effort to sharply limit antibiotic use in farm animals, a move intended to help preserve the drugs’ effectiveness.