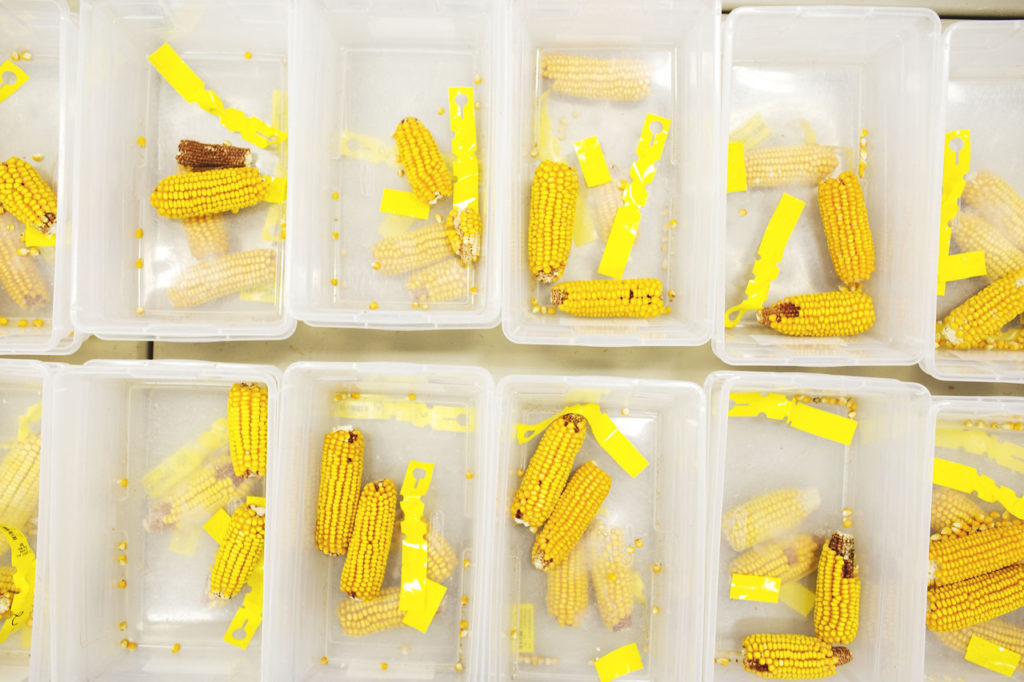 Two weeks ago, the USDA stated certain gene-edited plants can be designed, cultivated and sold free from regulation. A battle for public opinion is now under way even before the new gene-edited foods hit the market. Meanwhile, Republicans have released the first draft of the 2018 farm bill, which leaves much to be desired.

Walmart has announced a $477m expansion plan, with aims to remodel 500 stores and open 20 new locations across more than two dozen states. Despite news of big box grocery expansion, smaller startups like The Goods Mart and Hank’s Mini Market are small-format convenience stores to offer healthy foods in Los Angeles.

1. Is This Tomato Engineered? Inside the Coming Battle Over Gene-Edited Food – Wall Street Journal

The agriculture industry, which hopes CRISPR technology will transform the business, faces opponents who call it ‘GMO 2.0’.

2. Kraft Heinz Is Partnering With Momofuku to Stay Relevant – Bloomberg

The ketchup maker will use its expertise in food production and distribution to help Chang take his Momofuku Ssam sauce national for the first time.

We are in a “new normal” for agrifood tech funding. Investment in the nutrition biotech and agtech space shot up more than 1200% between 2014 and 2017, with a 29% surge in investment volume in the past year alone.

The Goods Mart is a healthy convenience store committed to smarter eating. Its first location is located in Los Angeles.

Hank‘s Mini Market is working with the LA Food Policy Council, the local arts community and Sweetgreen to offer healthy food and community empowerment to the neighborhood.

The farm bill has become the latest partisan battle. It was written by Republicans behind closed doors, and they’re hoping it passes quickly before anyone even has time to read it.

The grocer plans to remodel 500 stores and open 20 new locations across more than two dozen states as part of its $11b capital expenditure. The majority of remodels will be in Texas and Florida.

9. Inocucor Makes ‘First of Many’ Acquisitions, Closes Series B on $55.9M – AgFunder

Funding came from Stray Dog Capital to help the company get its fish-free tuna to market by the end of 2018.

The funding was led by Sapphire Ventures, with participation from returning investor Cervin Ventures. It plans to expand into more retail verticals and increase the use of AI and machine learning in its cloud software. The platform now serves over 115 restaurant chains.

Conservative leaders have long pushed to make drug-testing a prerequisite for social welfare programs, including SNAP. They may finally get their wish.

13. Uber Eats Is the Fastest-Growing Meal Delivery Service in the US – Recode

People are now spending more on Uber Eats than on any other food delivery service in nine of the 22 most-populous US cities. The company has brought in nearly as much new customer revenue as GrubHub.

The company launched two limited edition products made with ingredients sourced from regenerative agriculture farmers. It marks the beginning of how the brand plans to restore degraded soil and enhance farming communities.