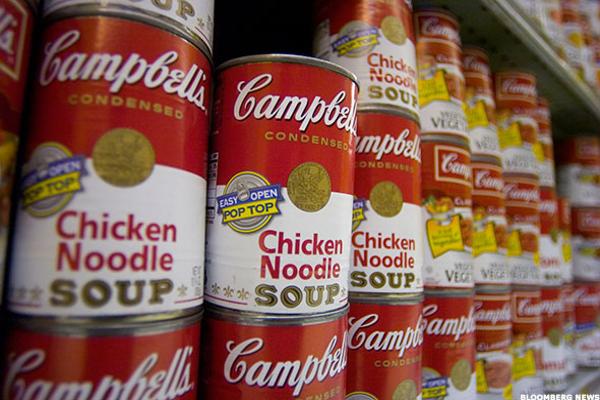 As consumer tastes change, the ten largest packaged-food companies in the U.S. have lost approximately $17 billion in revenue  over the past three years. To combat lost market share, Campbell and Hershey’s are betting on salty snacks.  Campbell’s acquisition of Snyder’s-Lance for $4.87 billion and Hershey’s buy out of SkinnyPop for $1.6 billion. And more capital continues to flow into food startups. Frozen meal delivery service Daily Harvest raised a $43 million Series B round led by Lightspeed.

In retail news, grocers have been absorbing the rise in food prices in order to stay afloat in the increasingly competitive market. Brandless received a star-studded second close of its $35m Series B round that included Steph Curry, Randi Zuckerberg and Jessica Seinfeld.

The Trump administration’s new policies reap bad news for small and organic farmers. Last Friday, it withdrew an Obama-era rule that would have increased animal welfare standards for organic poultry. The newly passed GOP tax bill will only benefit 4% of US farms and cause many farmers to lose health insurance.

As consumer tastes change, 10 of the largest packaged-food companies in the U.S. have seen about $17 billion in revenue evaporate over the past three years. To combat lost market share, Campbell and Hershey’s are betting on salty snacks.

2. Campbell Soup to Buy Snacks Company Snyder’s-Lance for $4.87B – CNBC

The deal is the largest ever in the soup company’s 148-year history. It points to the opportunity big food companies see in snacks, appealing to the increasing number of people who eat and shop on the go.

The deal values Amplify at $12 a share, a 71% premium. It comes as Hershey doubles down on its efforts to move beyond chocolate.

The funding round was led by Delta-v Capital alongside River Cities Capital Funds. It will be used to hire additional employees with a focus on data science, sales and marketing.

Funding was led by Cultivian Sandbox in partnership with agrochemical giant BASF’s human nutrition and pharmaceutical subset. New capital will go toward expansion in the US market.

The natural and organic brand is now the number two best-selling private label line after Amazon Basics. Private label brands account for 0.2% (or $450m) of Amazon’s $177b in estimated revenue.

Brandless, the online retailer of generic consumer products, has a star-studded second close of its $35m Series B round. Funding was led by New Enterprise Associates.

9. Tovala Raises $9.2M Series A Round to Fund Expansion – The Spoon

Funding was led by Origin Ventures, bringing total raised to $13.14m. New capital will be used to grow its user base and company.

The round was led by Playground Global with Felicis Ventures, Basis Set Ventures and Valley Oak Investments. The startup will use funding to commercialize its automated weeding robot.

On Friday, the Trump administration withdrew rulings that would have increased animal welfare standards for organic poultry.

12. Most American Farmers Will Be Hurt by the GOP Tax Bill – Mother Jones

Only 4% of US farms with around $1m in annual sales are in a high enough tax bracket to benefit from the lower rate. The bill puts farm co-ops at risk, adds to pressure to cut federal farm spending and may cause farmers relying on Obamacare to lose health insurance.

Techstars Farm to Fork Accelerator is a partnership with Cargill, Ecolab and Techstars. The initiative will focus on food security and safety, and will begin accepting applications next month.

2017 saw a monumental shift in global politics, a series of natural disasters and indications of growing malnutrition and obesity. Yet, the growing movement for food security, justice and sustainability are effecting change in the food system.

The facial recognition kiosk will pilot at CaliBurger’s Pasadena location and will roll out to its 40 locations next year.

17. The Future of Grocery Shopping Has Arrived in China – Quartz