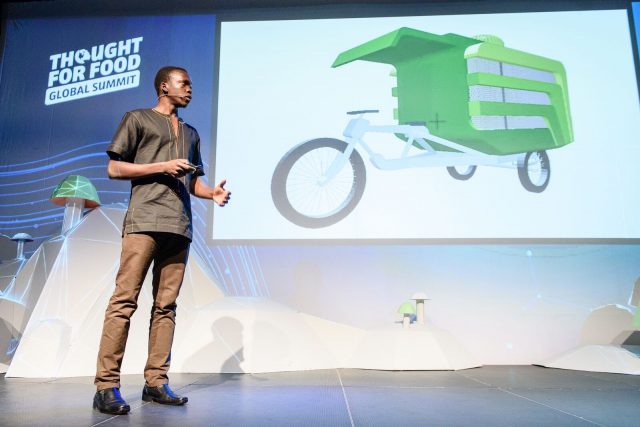 Our Millennial Innovators Uprooting Our Food System series profiles the bright, creative and driven university students from around the world that make up Thought For Food (TFF), a next generation food innovation platform (check out last year’s series here). A global community as well as a summit and business competition, TFF empowers breakthrough solutions to feed nine billion people by 2050.

With over 50 percent of fruits and vegetables being lost in post-harvest handling, storage and distribution, smallholder farmers need appropriate technology to reduce waste. For these farmers, reducing waste is a matter of life and death.  To tackle this challenge, Uganda-based Fruiti-Cycle has created one of the first cold chain vehicles for smallholder farmers in East Africa. We spoke with Ben Wokorach, Co-Founder and CEO, about their product and what’s coming next. 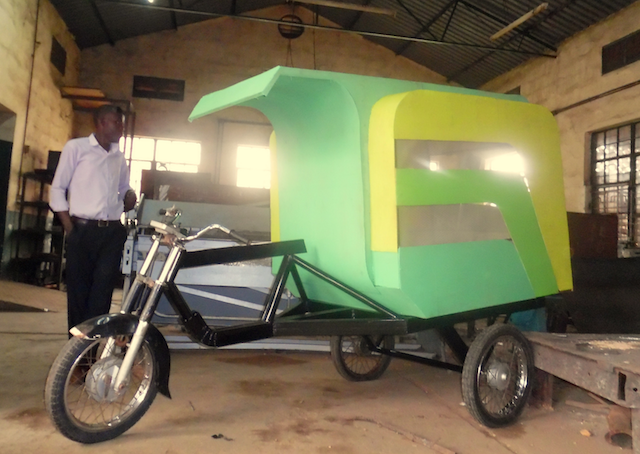 Thought For Food: What issue does your product solve?

Fruiti-Cycle: In Uganda and most of Sub-Saharan Africa, farming is the main source of income. But almost 50% of produce, are lost during post-harvest handling, storage and distribution. In Uganda, over 7 million households working in horticulture are affected with each household losing over $10,000 USD annually to post-harvest losses.

We designed Fruiti-Cycle, an electric motorized tricycle mounted with a refrigerated storage unit, for conveniently distributing fresh fruits and vegetables, while reducing the 50% losses to 10%. Fruiti-Cycle uses both manual pedaling and electric energy to generate speeds of up to 30km per hour. This energy allows a farmer to carry five times more produce (up to 300kg) during every trip, unlike the normal bicycles, which have a 60kg carrying capacity. The energy also allows a farmer to reach further markets. They are able to travel 30 to 50km each trip, unlike with a normal bicycle where a farmer can only travel as far as 20km before getting too tired.

Fruiti-Cycle’s unique feature is the refrigerated storage unit, which uses an evaporative cooling system to prolong the shelf-life of produce during distribution. It also reduces mechanical damage due to poor packaging. The storage unit is detachable. This means it can also be used in the farm to store produce, or within the market to preserve produce up to five days.

TFF: What is the biggest challenge you faced when developing your project and how did you solve it?

FC: At the beginning of project development, the main challenge was funding. However, we pushed ourselves as a team and fundraised just enough to make a mockup of our innovation so we could get feedback from potential users, and show potential supporters that we are really serious about our idea.

This mockup and level of project development got us selected among the top ten teams for the TFF Summit in Zurich, Switzerland. We won the $2,500 Take it to the Farmer prize at the TFF Summit. Later, through persistence with passion in our project, we raised an additional $18,600 from other awards and grants, including the Tony Elumelu Foundation, the Resilient Africa Network, and the LES Business Plan Competition. From this point, the main challenge was, and still is, time. Most of our team members have other jobs, so they only get to work on this project outside their regular working hours. The money we’ve raised is just enough for proof-of-concept and to meet other expenses.

TFF: How did your personal experiences inspire you to launch Fruiti-Cycle?

FC: All six co-founders come from different professional backgrounds, including architecture, accounting, engineering, computer science, and manufacturing. Yet, we have all been part of subsistence agriculture growing up in rural Uganda. This includes through direct engagement in the farm during academic holidays or being in the market to sell produce to supplement the household incomes that supported our studies. These personal experiences inspired us to form a company in 2015 that will tackle the problems faced by small-scale farmers in Uganda, across Africa, and other parts of the developing world. 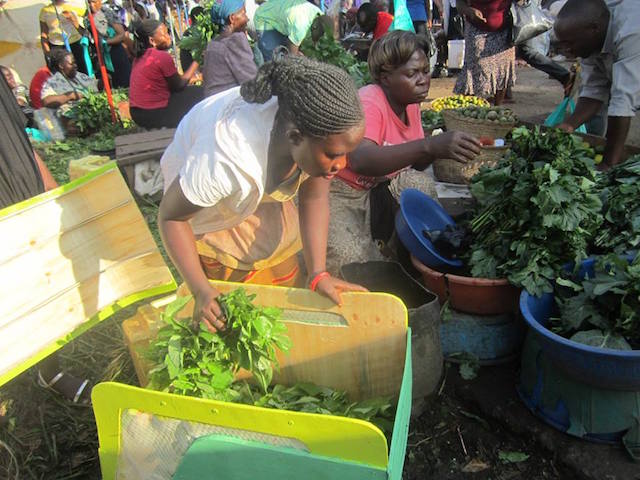 TFF: What role do you see Fruiti-Cycle playing in global food security?

FC: The 50 percent post-harvest losses in food in the low developed world not only means less food available for consumption (food insecurity), but less income for the farmers (poverty), which also discourages production.

TFF: What was your experience like as a TFF Finalist and how did that experience shape where your project is today?

FC: It was an exhilarating moment for me, personally. Besides meeting other teams from different parts of the globe who were very supportive, I learned so much about entrepreneurship, right from the TFF Startup Bootcamp to the day we pitched in front of the Summit audience, which was electrifying.

The experience gave me and the rest of the team more confidence in the project and we could clearly see the future prospects of Fruiti-Cycle. The idea of creating a social enterprise with the potential to contribute significantly to food security and wealth creation became our drive, and since then we have won 6 awards, incorporated our startup, did a market research survey, and talked to potential users in three regions of Uganda. Our plans are to scale the use of our innovation across Uganda and East Africa in 2018.

TFF: It seems that 2016 has been a great year of accomplishments for you personally and for Fruiti-Cycle. What have been the most rewarding aspects thus far?

FC: Yes, 2016 has been a rewarding year for Fruiti-Cycle. Personally, I was able to meet Tony Elumelu, the Nigerian billionaire who has put aside $100 million to support 10,000 African entrepreneurs in the next 10 years. I also met the president of Uganda, Yoweri Museveni, for the first time and was selected as one of the 100 brightest young minds across Africa for the Brightest Young Minds Summit in Johannesburg, South Africa. I was also selected as one of 250 global young leaders for the first ever UNCTAD (United Nations Conference on Trade and Development) youth forum. All these achievements, one way or the other, happened because of the Fruiti-Cycle project.

The most rewarding aspect has been exposure, personal growth, and humility. These internal rewards have greatly impacted Fruiti-Cycle – how I carry the startup’s vision as the team leader, and how we support each other as a team. The aim is always to uplift the vision of fighting poverty and food insecurity through eliminating post-harvest losses in food.

TFF: If you could offer a piece of advice to entrepreneurs interested in developing food security solutions, what would it be?

FC: Food is one of the main reasons we all still exist in this world. Without it, we cannot survive. Almost one billion people go hungry every day across the globe, and it will be worse if we don’t do anything about it. My advice to entrepreneurs interested in developing food security solutions is to START! Your idea doesn’t have to be absolute, whether you have the funding or not, whether you have the best team or not, START! Along the way, you will be so amazed by how many people out there are willing to help you at no or low cost, and so many organizations who are willing to fund your project without taking any bit in return.

The Thought For Food Global Summit will be taking place May 26-27, 2017 in Amsterdam. Hear from leading innovators and inspiring thought leaders from a variety of fields. Experience firsthand the creative power and impact of the next generation. Watch breakthrough startup pitches from the 2017 TFF Challenge Finalists as they compete for the Grand Prize!