Givn Aims to be the TOMS of Water 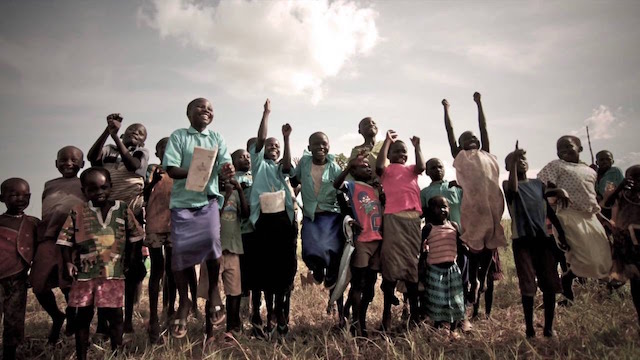 In tandem with the launch of the Food+Tech Job Board, we are thrilled to launch the Food Startup Growth Series. This series will give you an inside look at the strategies, challenges and best practices of fast-growing food startups.

Health concerns stemming from the growing diabetes epidemic and sugar-related diseases coupled with new state-introduced soda taxes have made bottled water a popular choice for millions of Americans. In 2016, bottled water sales surpassed carbonated soft drinks sales, becoming the largest beverage category in the United States, according to research by consulting firm Beverage Marketing Corp. Market research firm Mintel expects rapid sales growth of 34.7 percent for the bottled water category through 2020. As a new generation of companies emerge to meet consumer demand for healthier beverages and soft drink companies shift their focus to healthier options, the bottled water market is more crowded than ever. With companies innovating on flavor, energy and nutrition, brands must find ways beyond pricing and volume to distinguish themselves to remain competitive.

Launched in 2015, Chicago-based GIVN is a B Corp certified, premium spring water brand that’s differentiating itself with its social mission. Similar to what TOMS has done for shoes, for every bottle of its naturally alkaline water purchased, GIVN donates one day of clean water to a person in need through partnerships with Water is Basic, Water.org and Unicef Tap Project. Sold in over 42 states by more than 700 retailers, the startup has funded over 836,000 days of funded clean water. Other reasons to feel good about GIVN? Its water is locally sourced and packaged in 100 percent recyclable materials.

GIVN raised $102,000 from in a friends and family seed round in January 2015 and an additional $92K from SOSV in September 2015. In July 2016, GIVN welcomed former VP of Global Development for Pinkberry Ryan Patel as a growth strategy advisor and is now raising an $1 million Angel round.

The brand has a 90 percent reorder rate and has seen 7x throughput growth year over year in the past 14 months, including top coffee, QSR and grocery chains such as Colectivo, b.good and Jewel Osco. Its velocity is based on seasons, with summer months being the biggest in order volumes. While winter months tend to be when bottled water sales are at the lowest, GIVN had its biggest sales month ever in February 2017.

Founder Liz Skalla said that becoming a certified B Corporation was important to the business of GIVN because “their values align with ours.” For Skalla, it is a way to keep GIVN on track and stay accountable to the standards that B Corp sets. She notes that “the certification and the honor of being awarded one of the 2016 Best for the World companies has been rewarding, humbling and inspiring for us as well as our retailer and brand ambassador partners.”