Building The Internet of The Sea To Reinvent Commercial Fishing 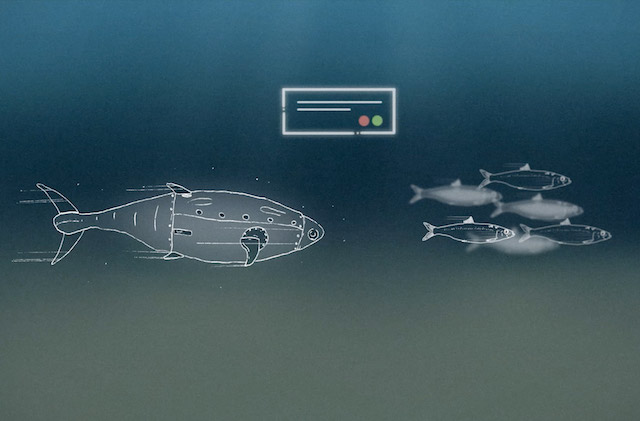 Guest Post by Øistein Thorsen, who leads FAI Farms’ strategic consultancy on developing technologies to reinvent deep sea fishing and reduce bycatch. This post is part of our Internet of Food Series. The views expressed are are solely those of the author and do not reflect the views of Food+Tech Connect.

To ensure a sustainable future for our fisheries, our oceans and the livelihoods of fishing communities, we have to disrupt the way we catch fish. And we have to start with bottom trawling, an industrial deep sea fishing method where a large, heavy fishing net is pulled behind a boat along the seabed, which is the most destructive of fishing techniques. Trawling has come under intense scrutiny from both environmental groups and regulators due to its often-negative impact on the seabed and the large number of bycatch, or ‘unwanted’ sea creatures it mistakenly catches.

Recent developments in underwater image recognition, seaborne drones and light and laser technology are expanding our capabilities to better navigate the seas. Combine these technologies with our improved ability to collect, analyze and curate vast amounts of data, and many of the tools needed to spur this disruption already exists.

To help fuel this innovation, three leading seafood-processing brands – Espersen, Icelandic Seachill and Nomad Foods – have launched a design challenge aimed at reimagining fishing as we know it. They are inviting industry actors and fishermen, scientists and technology developers to come together to prototype transformational design concepts for new gear to address the following four objectives:

Internet of the Sea

One strong theme emerging from the challenge is the need to have eyes on, and in, the sea to help us better identify locations, species and movements of fish before fishermen even put their gear in the water. Having better data about where to fish has the potential to save costs, fuel and GHG emissions by reducing the amount of time boats have their gear in the water searching for fish. Furthermore, having better imagery of the typography of the seabed and data on the health of the target fishery will enhance selective harvesting efforts while lowering seabed and ecosystem impact.

The project is exploring the viability of deploying huge numbers of solar and wind powered autonomous underwater vehicles (AUVs) equipped with echo sounders and sensors with the ability to send real-time ocean and fishery data back to a central depository accessible to an entire fishing fleet. Other options include equipping existing vessels, commercial ships, etc. with autonomy packages and sensors to help do the job.

A second theme is the replacement of solid trawl doors that account for much of the heavy drag that results in the high fuel use and seabed damage caused by conventional trawlers. One of the participants from Iceland is working on a technology that aims to deploy laser beams to create ‘virtual nets’ at the front of smaller fish catching devices. This has the potential to reduce weight and drag while still ensuring fish are herded in from a large volume of water. The need for further research into the impact of different light-waves and colors on different fish species’ behavior has been identified as an opportunity to increase the selectivity of fish targeting and catching.

A third theme centers around the use of smaller fish catching and storage devices allowing for live harvesting of fish. One such prototype would be powered by multiple torpedo shaped AUVs in front of the fishing vessel. The AUV’s can be programmed to always hover above the seabed to eliminate seabed damage. Such AUVs are in existence – mostly for under water data collection and monitoring – so further work is needed to assess their engine power and ability to drag a catching devise.

The AUV’s would be equipped with visual capacity and enhanced maneuverability enabling the crew on the boat to steer the devise towards the target fish. This could further be combined with underwater image recognition technology deployed to identify and select target species based on size and shape specifications. When deployed in the back of a net or other capture device it allows the fishermen to release non-target fish under water, increasing survival rate and reducing by-catch. While weeding out any unwanted species the target species would be lead into a collection device, before being pumped or water jetted onboard, or recovered through a “moon pool” inside the vessel, for immediate live processing.

With continued support of industry, scientists and technologist these and other concepts are being developed further. Alongside a written report, a designer is developing illustrations visualizing the overall vision and individual technology components. The aim is to present these ideas to potential partners and investors – government, private and philanthropic – to mobilize the capital needed to spur disruption by building the “internet of the seas.” It might be our only chance to secure a sustainable future for our fisheries and fishing communities, our oceans and our seafood. 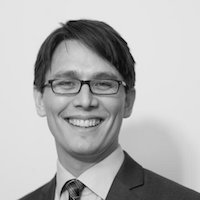 Øistein Thorsen leads FAI Farms’ strategic consultancy work with global clients including IKEA, Ferrero and Espersen focused on building sustainability into everyday business practices. He has an MSc in International Political Economy from the London School of Economics (LSE) and a BA in African Studies and Development Studies from SOAS. Prior to joining FAI Øistein worked on global agricultural trade policy for Oxfam in Oxford before spending several years representing the organization at the United Nations HQ in New York as an advocate for effective response to humanitarian crisis and conflict. Øistein was the associate producer for the documentary “Black Gold”, a film premiered at the Sundance Film Festival juxtaposing the plight of coffee growers in Ethiopia and the burgeoning global coffee culture.