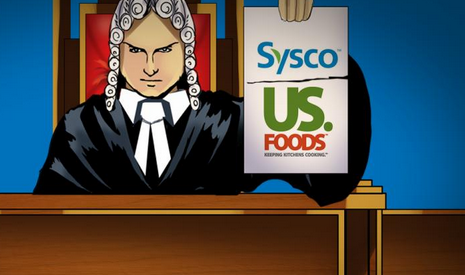 As I mentioned in my prior article on the Sysco/US Foods Merger, every food entrepreneur has to come up with a food distribution strategy, whether you sell wholesale or retail. Earlier this week, the US District Court in D.C. approved the Federal Trade Commission’s injunction against the merger, agreeing with the FTC’s view that the merger would lead to higher prices and diminished service for restaurants, hotels, schools, etc. The court’s decision caused Sysco to drop its $8.2 billion takeover, earlier this week.

Foodservice distribution has always been a challenging, capital and labor intensive business, but this new development should make it easier for innovative regional distributors and even new entrants to compete. And the changing taste of consumers is opening the door for disruptive new business models to compete against the two distribution giants.

Cities across America have taken up this charge in a variety of ways. Regional food hubs have popped up across the nation, bringing small farmers together to feed major metropolitan areas. Regional enterprises, both for-profit and non-profit alike, pull together resources and allow wholesale buyers to purchase produce from a variety of farmers, through a single distribution point. Companies such as TerreLocal in San Francisco, which connects consumers to a variety of purchasing options through an easy-to-use mobile app, the Seattle Tilth Food Hub in the Pacific Northwest and Red Tomato in Massachusetts work to bring farmers and consumers together in new ways. They are expanding the Farmer’s Market and CSA models onto a larger, more accessible scale, joining others such as Improvonia, Sourcery and FarmersWeb.

And with the number of regional food hubs doubling in the past six years, this is becoming an increasingly viable alternative in the food distribution scene. For a full list of registered food hubs around the nation, or to register a local food hub, visit the National Good Food Network.

Last week was certainly an interesting one for court decisions. And it would appear to be yet another reason to be optimistic about the future.

About the Author
http://realcertified.org
Lawrence Williams is an entrepreneur who is passionate about technology, food and health. He is the Chairman of the United States Healthful Food Council, which manages the REAL Certified nutrition and sustainability food and foodservice certification program. He has dedicated his career to developing public-private partnership solutions to some of the world’s most vexing problems. Most recently, Lawrence helped Elon Musk and SpaceX collaborate with NASA to develop a domestic commercial crew and cargo program to replace the Space Shuttle. Prior to SpaceX, he was the lead for wireless pioneer Craig McCaw and Bill Gates’ Teledesic in negotiating the radio frequency access to make broadband access ubiquitous through the use of low-Earth orbiting satellites.
Previous Next
FarmersWeb, food distribution, food innovation, food startups, food tech, FTC, Improvonia, Lawrence Williams, National Good Food Network, Red Tomato, regional food distribution, Seattle Tilth, Sourcery, sustainable food distribution, Sysco, Sysco/US Foods Merger, TerreLocal, us foods, USHFC