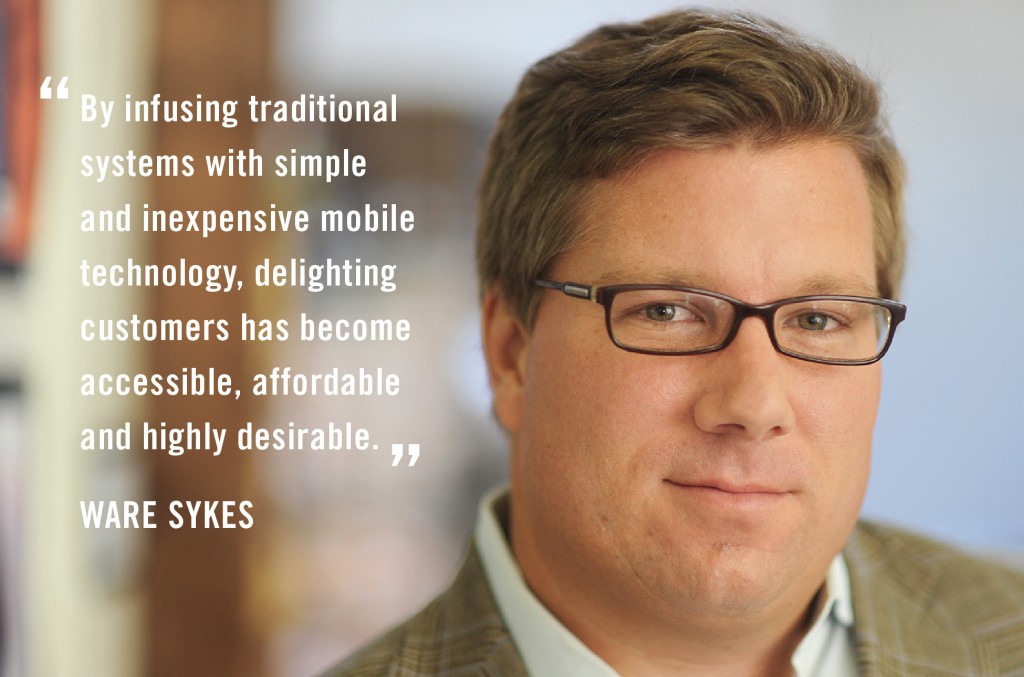 Guest post by Ware Sykes, CEO of NoWait. The views expressed here are solely those of the author and do not reflect the views of Food+Tech Connect.

Historically, the relationship between restaurants and technology has been slow to develop. Although restaurants want to provide an optimal experience for their discerning guests, the two greatest obstacles have been costly devices and consumer adoption. From national chains handling a million guests every day to ten-table establishments without the staff or time to change their current processes, no one can afford to allow hardware to get in the way of operations.

Last month, I returned from the 2014 National Restaurant Association Show in Chicago, where nearly 2,000 companies from every segment in the restaurant, hospitality, and foodservice industry displayed their latest and greatest offerings.The large number of participants, as well as the 60,000 attendees, was hardly surprising. With the restaurant industry reporting booming figures — the NRA predicts 2014 restaurant sales will reach a record high of $683.4 billion, which is a 3.6% increase over 2013 – operators will need to continue adopting new approaches for doing business that boost customer satisfaction while simultaneously saving money. Clearly, times have changed, and the market has evolved to satisfy this insatiable appetite for convenient, cost-effective solutions.Forget hardware. Think software.

With crowds in the back-left corner of North Hall’s Technology Pavilion, my NoWait colleagues and I were swamped — a fantastic “problem” to have at a trade show! We were visited by existing customers still buzzing from a successful Mother’s Day weekend, as well as intrigued casual-dining restaurants which simply wanted to learn how they could increase efficiency and guest satisfaction, while also lowering costs.

Today, NoWait is at the intersection of mobile technology and user acceptance. Over the past several years since NoWait launched in 2010, we have witnessed and embraced a technological boom in the casual-dining marketplace. Mobile has become ubiquitous and intuitive enough so that even children know how to use an iPad before they learn to speak. Leveraging this unparalleled surge in cloud computing, what used to run restaurants tens of thousands of dollars for a complicated POS and reservation book has been radically simplified to an iPad and Internet connection. The dining experience has developed from a food relationship into an experiential one.

By infusing traditional systems with simple and inexpensive mobile technology, delighting customers has become accessible,affordable, and highly desirable. With NoWait, an 18 year-old armed with a 15-minute tutorial and an iPad becomes empowered to not only seize control of the host-stand, but to make significant improvements regarding how the restaurant anticipates, seats and delights its customers. Hardware that was a kludgy and off-putting luxury has become obsolete with mobile technology, the great equalizer. Now, NoWait seamlessly complements existing operations and enhances the overall guest experience.

When thinking of great technology disruptors that did not exist a decade ago – Uber, Airbnb, Dropbox, Etsy, Foursquare, Pinterest, Spotify, Kickstarter, Square, Tumblr, Twitter, Waze — it is clear that the greatest ideas are the simplest. The time has arrived for the restaurant industry to embrace the ease, cost-effectiveness and consumer adoption for which they have been yearning…perhaps even without realizing how effortless it can be. 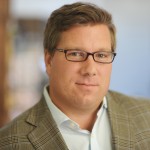 Ware Sykes is the CEO of NoWait, the first and only mobile network for casual-dining restaurants. Since he joined the company in 2013, NoWait has grown from seating 700,000 guests every month to 5 million, and boasts 50 million overall. In early 2014, NoWait launched its consumer-facing guest app, which is now available at casual-dining restaurants in all 50 states and in every major metropolitan area across the country.

Over his 16-year career, Ware has generated dramatic growth in technology-enabled networks, and is replicating that success with NoWait. Leveraging his experience with general management, product development, B2B and B2C marketing, sales and operations, he is enabling NoWait to reach its potential, which has grown exponentially since his arrival. A highly sought-after industry pundit, Ware has been featured by TechCrunch, USA Today, FOX Business Live and Reuters.

Previously, Ware was the Vice President of Sales & Services for TheLadders, the online and mobile job-matching service, where he led all sales and enterprise marketing. During his six-year tenure, he pioneered “Signature,” an unprecedented, systematic program designed to guarantee job offers for job-seeking professionals.

Ware holds an MBA in finance and entrepreneurial studies from Columbia Business School and a BA in economics from Hamilton College.