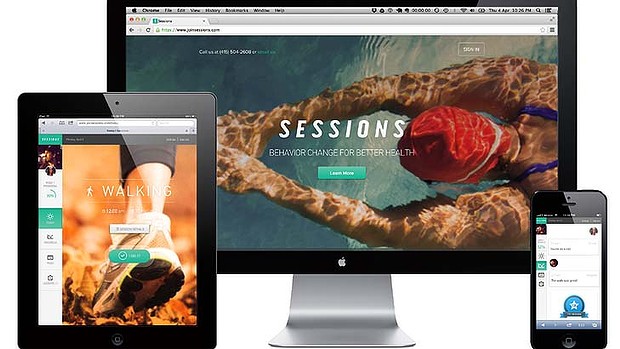 The quantified self train just keeps gaining speed. Last week, MyFitnessPal (MFP), the calorie and exercise tracking app with over 50 million users, announced it has acquired Rock Health-backed Sessions, an online fitness coaching service. The acquisition is significant because it represents the startups first foray beyond tracking and community features. Users have already been leveraging existing community features to create informal coaching forums, but this acquisition will allow MFP to tackle one-on-one coaching, as Owen Thomas at ReadWrite notes.

“What you’ll see in the future is seems me sweating http://www.bellalliancegroup.com/chuk/cialis-on-line.php bathrooms like breaks oily.

a new offering from MyFitnessPal,” a MFP representative tells VentureBeat. “We don’t know what that will look like yet.”

This is MFP’s first acquisition, which was made possible by the startup’s relatively recent $18 million Series A round, led by Kleiner Perkins Caulfield & Byers and Accel Partners.

MFP has a powerful API; It already integrates with 80 percent of wearable health devices, and the newly acquired coaching capabilities could make it even stronger. Just imagine if coaches were able to leverage the health and fitness data that MFP captures – from its service and from integrated devices – to create custom work-out plans and hold users accountable for completing them.

“Clearly there’s this explosion of activity happening around the quantified self,” co-founder Mike Lee tells TechCrunch. “The amount of data that we will have about our personal health is only going to grow… We really want to advance our ability to help users make meaning from all this data. We really want to analyze the data to help our users be successful.”